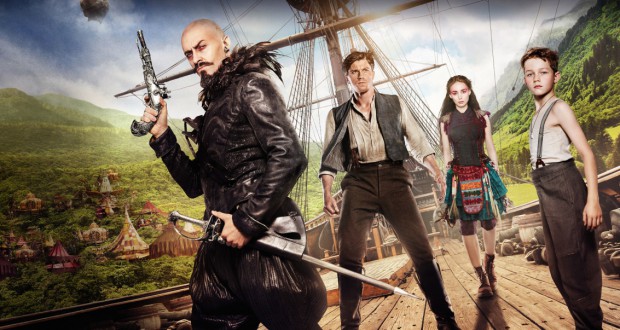 This might be incredibly bad form for a critic, but I’d be lying if I claimed that unlike everyone else, I could enter a film without some preconception of its quality and content. Of course, the ideal is to go in completely fresh but with the slew of advertising these days, that’s a rarely possible. Preconceptions can of course frame a viewing but I’ve been surprised before. Plenty of films have failed to meet or excelled far beyond my expectations. Each film is given a fair viewing.

My impressions prior to going to see this were… not good.

So reluctant was I to go and see this that only the cruel maiming of the editor-in-chief in a freak roller derby accident and the utter absence of ANYONE else able to go see it could persuade (read: force) me to go and watch. So reticent was I that I tried and failed to orchestrate my own roller derby accident to incapacitate myself. So adamant was I that I essentially had a review fully formed in my head prior to stepping into the cinema.

This might be grossly unprofessional but here’s what I was going to write:

“What an unmitigated pile of shit! A master class in made-by-committee, formulaic, and offensively bad film-making, Pan is an utter travesty. The sheer unoriginality of making the prequel ‘before the tale you know and love’ is revolting, and such a retooling saw The Hobbit films laid low by their cloying obsession with tying into The Lord of the Rings rather than letting it stand on its own merits.

“But pray tell, what wonderful alterations and additions do we have to the J M Barrie canon now? A ‘chosen one’ narrative so that Peter has to fulfil some bullshit prophecy to drive the paper-thin story along and become ‘The Pan’. If this didn’t speak to entitled white male hetero-normative entitlement enough, the film white-washes one of the few Native American characters in established fiction well into the Caucasian spectrum. Princess Tiger Lilly may be a problematic figure in respects, but what was Rooney Mara thinking when she took the part? ‘Yes, things will certainly be improved by taking an explicitly Native American role away from a criminally under-represented minority.’ Christ alive, this isn’t difficult!

“And then we come to Hook. Arguably the biggest name and show stealer of any adaptation, big enough for Spielberg to tool a film around him, Hook is no longer the Eton and Balliol-educated pirate with a truly disturbing streak for infanticide (Disney retooled him as foppish and cowardly, and decided to omit that he has a dead Lost Boy strapped to his arm to use as a buckler) but a generic American adventurer-prospector type. Because an Indiana Jones-knock off is so much more interesting than a Restoration era pirate who’s decided to eternally dedicate himself to hunting children. Oh, the stunning originality!

“And Hook is not even the main baddie. We are treated to an insufferably camp Hugh Jackman as Blackbeard who frankly looks like he is suffering from severe anaemia. The design of him and a lot of the other factions in Neverland are the kind of gaudy hodge-podge you’d expect from an untalented art student who was failing to emulate Terry Gilliam.

“And what of those wonderful subtexts that would reduce the stoniest of hearts to sentimental mulch in the original Peter & Wendy? Will we still have the transient sorrow of knowing that youth is fleeting and all children must leave the ageless Peter behind? Do we regret that Peter is just a touch too young to know the barreling highs and lows of adolescence and will never reach it? Will we long for the callous carefree existence that visitors to Neverland will get a dose of, only for Peter to forget them in time? Will we, fuck! I’ve been more emotionally stirred by a semi-eventful bowel movement.

Such a much-loved property

“This is a vanilla white-boy saviour narrative with names and trappings plastered over its generic pieces to give the semblance of  association to a far richer world of fiction. The corporate cynicism pervading every shot of this film is as vomit-inducing as the lacklustre attempt to keep older male audience members placated by traipsing Cara Delevingne around as several silent mermaids for a pointless and exploitative sequence.

“So in the end we have a boring and generic story that the film maker’s thought was an appropriate vehicle for startlingly atavistic misogynist ogling rather than delivering any of the charm and wonder of such a much-loved property. Peter & Wendy’s minority characters are airbrushed into Aryan perfection, its villains castrated of any character, its landscape vandalised by gratuitous CGI, and its protagonist butchered to become the kind of cockney urchin (what do Americans find endearing about this accent!?) that qualifies the advocacy of infanticidal purges.”

Having now gone to see the film, I can confirm I was absolutely right.

Verdict: Everyone involved with the making of Pan deserves to die. Slowly and painfully.

Pan is currently on general release in the UK, USA and Australia. What a cruel world!

Previous: Should we care about gender flipped reimaginings?
Next: Hollywood’s love affair with whitewashing