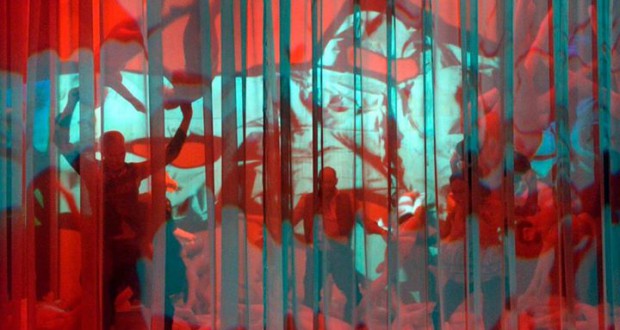 It’s always a pleasure to see one of the less popular Shakespeare plays. Not to besmirch any worthy productions, but we tend to get rounds of Hamlet, Romeo and Juliet, and Midsummer Night’s Dream in gluts. There are so many entries in the canon that are neglected and Measure for Measure is perennially overlooked. Considered a ‘problem play’ because it fits poorly amongst the genres of the remaining plays and because it can be interpreted as purporting the atavistic views towards women of its time, the Young Vic has here staged a wonderfully energised and intelligent version. 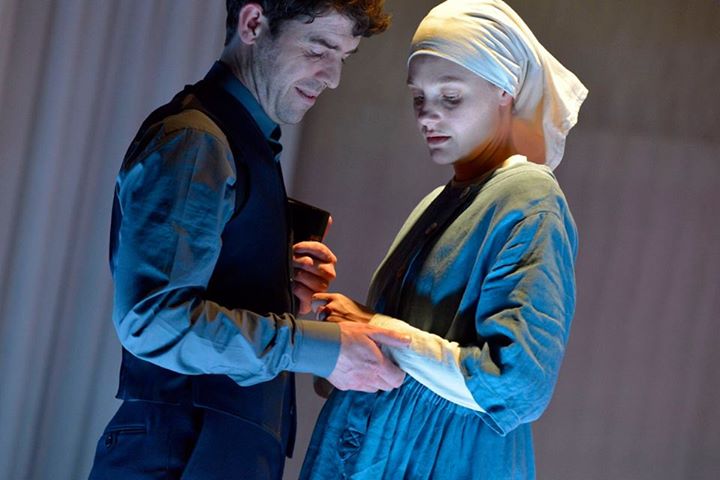 To give a scope of chimerical qualities of Measure for Measure, born of a period of well-defined genre on the British stage, here is a word on the plot. The Duke of Vienna has absented his position to patrol the streets as a monk and judge the decisions of his deputy, Angelo. Angelo pursues a morality campaign, enforcing the oft neglected law that makes fornication a capital offence. Claudio is therefore sentenced for impregnating Julietta, whilst the prostitutes, pimps and johns scramble to avoid getting prosecuted themselves. Claudio’s sister Isabella, a nun, must then plead on Claudio’s behalf but the moralistic Angelo succumbs to lust and propositions her that she can have her brother’s life for her virginity. The play was contemporaneously dubbed a comedy. 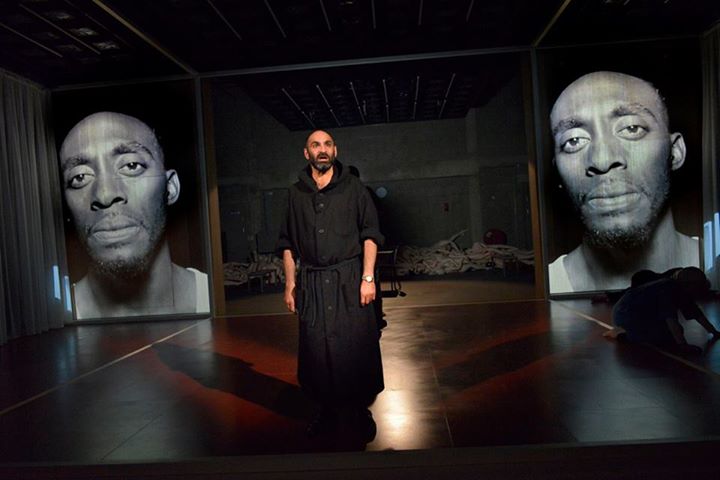 Director Joe Hill-Gibbins’ staging works so well because I think it treats the twisted sensibilities of the play as an asset rather than an obstacle. The humour and the bleak content are reconciled well into a dark morality comedy. It remains a tough piece to nail down but it is a unified and whole production, not the rather disjointed affair it is expected to be. He and the cast have also deftly navigated the dense web of sexual politics so that this version of Measure for Measure aligns itself with the progressive stream of gender relations. The ideals of women as property, or with value only in marriage or in bed are undercut with largely non-verbal measures. Depending on the situation, either tragic horror or simmering irony eviscerates the misogynist ideology.

That is to say nothing of the particulars of the staging though. We kick off with the actors writhing around amid a stage of sex dolls (oft featured to fill out the crowd scenes). The orgy is lit with moody red lights with the curtained cube of the stage. That’s not even the most interesting them about the dynamics on stage, though they do play the subsequent traversal of the sea of sex dolls for appropriate laughs. The rear of the stage is enclosed behind screens. The view of this area is largely projected over the rear screens to show us the prison within. It’s an inventive take that allows the production to juggle ideas of intimate, public and enclosed spaces. There’s a weird extra dimension with the introduction of the voyeuristic mobile camera, which acts like a documentarian for events. Characters with their face full in the lens are interrogated or give themselves a platform and their image is fed through over the projectors. They dominate the stage but are entirely absent from it.

The big headliner here is Romula Garai as Isabella 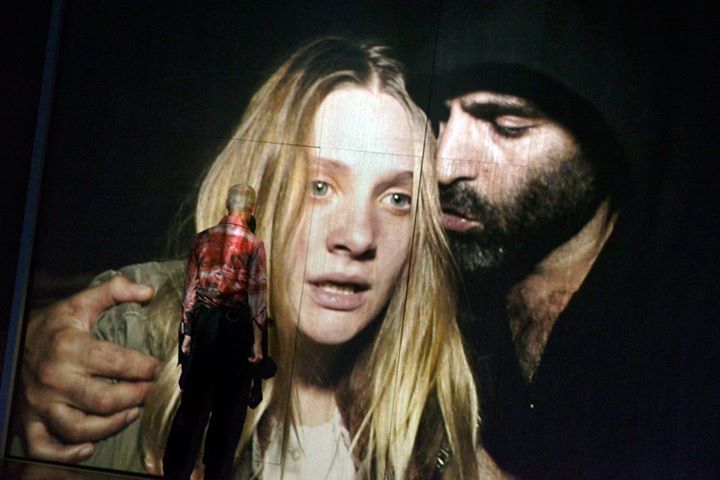 It is of course actors that tend to make or break a performance. The big headliner here is Romola Garai as Isabella. She is initially projecting meekness but quickly displays a will of steel. She definitely has the toughest job to leap from reluctance through to defiance and desperation, and gives us a very accomplished trajectory for the character with the hardest arc to plot. Zubin Varla as the Duke is a dominating presence who smoulders with intensity (and is nicely deflated at several points by John Mackay’s sardonic Lucio). Our antagonist Angelo is handled by Paul Ready who really does convey him as a charismatic hypocrite. He was so good that I quickly forgot that I last saw him gouging someone’s eyes out in Utopia and he delivered a very different form of chilling villainy here. 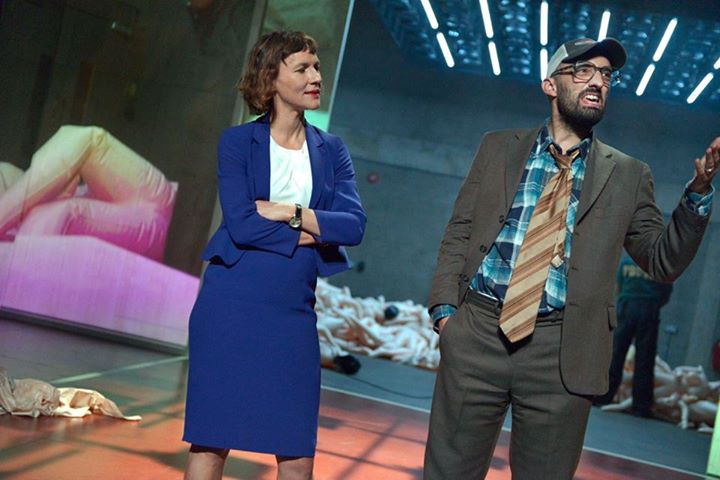 Measure for Measure at the Young Vic is a modern and relevant tale on diabolic sexual politics. It is bizarre and inventive but never lets the elaborate aspects of the production overshadow the simplicity of letting good actors get their teeth firmly into some Shakespeare to pull apart the intermingled threads of sex and justice. I highly recommend it.

Verdict: The Young Vic’s Measure for Measure is a bold and forceful staging!

Measure for Measure is at the Young Vic until 14th November.

Previous: Supergirl: It’s not a bird. It’s not a plane. It’s not a man. It’s Supergirl.
Next: Gender representation in Heinlein’s The Moon is a Harsh Mistress