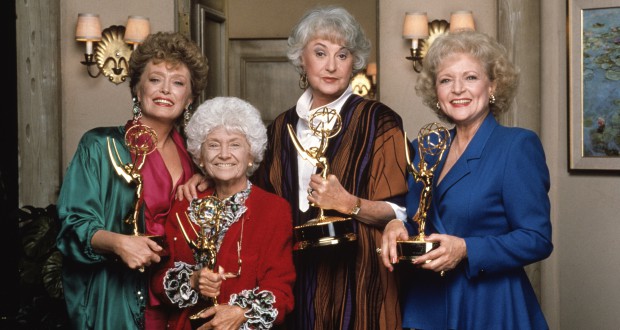 Fans of The Golden Girls are proud of the show’s boundary breaking premise. Even now, pitching a primetime series featuring an entirely female regular cast all over the age of 50 would be laughable. And yet, the series was an immediate hit when it first appeared on NBC in 1985 and ran for 7 critically acclaimed seasons. During its run, the series won numerous awards with all of the main actors (Bea Arthur, Betty White, Rue McClanahan, and Estelle Getty) receiving Emmys. The show’s irreverent, often crass, and highly liberal comedy has landed it with a lasting cult status, as it holds up with today’s audiences.

Like many of the best comedies (think The Odd Couple for divorced men or Friends for 20-something renters), The Golden Girls explored a new reality of life for the time. Three of the women were widows and one a divorcee, unable to afford living on their own, they find stability and friendship in a shared house. If that weren’t enough, the show further examined modern life in discussing sex (openly), homosexuality, artificial insemination, cross-dressing, immigration, and more. They even discussed issues that are generally considered out of bands for polite conversation, let alone prime time TV, such as shaving, menstruation, and menopause. With characters from diverse backgrounds and outlooks on life, as well as up to four generations presented throughout the series’ run, the show could tackle almost anything while never having subject matter (or the comedy) feel forced.

While the series felt like a great stride forward for representation of women – and older women, at that – in television, since The Golden Girls went off the air, there has been an obvious lack of any studios willing to push the boundaries in similar ways. I can’t be the only one asking where the raunchy, hilarious, issue-drive, female-centric TV shows are. I suppose for now I’ll have to get my fix from re-watching all 180 episodes of the original ball-busting show, The Golden Girls.

‘Why do blessings wear disguises? If I were a blessing, I’d run around naked.’ 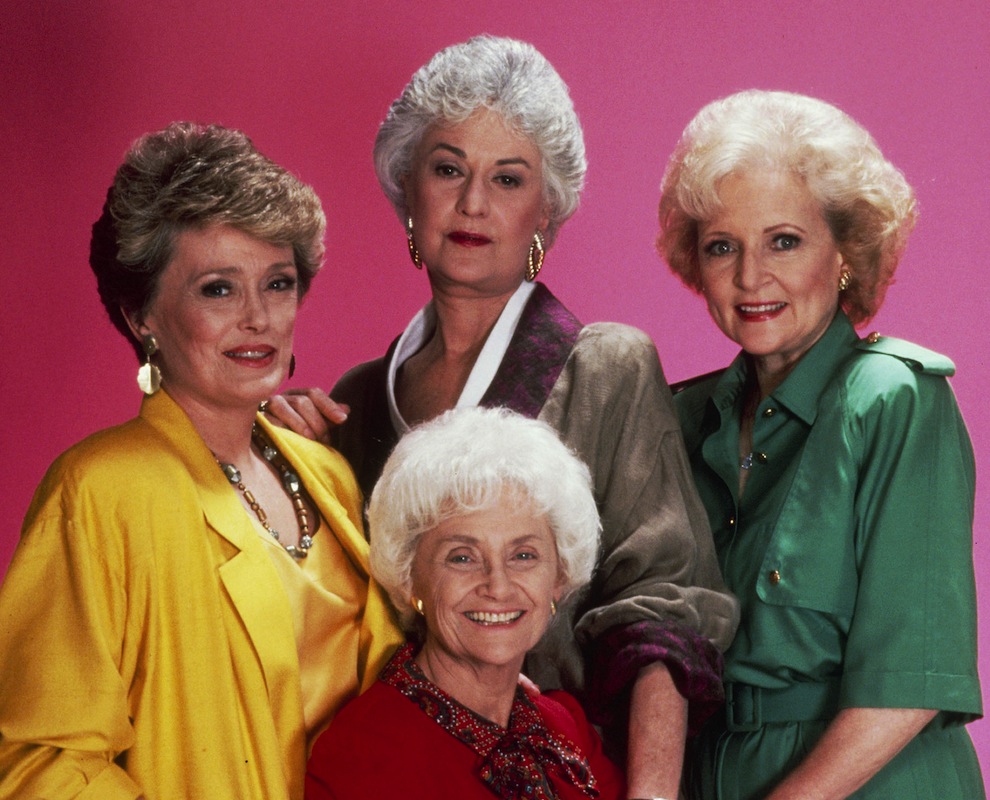 One of my favourite episodes of the series is the season 2 episode, ‘Isn’t it Romantic?’. The story arc follows Dorothy’s old college roommate, Jean, coming to visit and piles on the surprises. First we discover that Jean is a lesbian and that Dorothy’s mother knew about it. Why is that surprising? The octogenarian was a Catholic from Sicily and formed an opinion of a lesbian based purely on the woman’s personality – that’s a generous, open-minded attitude for someone of her age and background.

Matters quickly grow more complicated as Jean falls for the innocent and completely clueless Rose. It is an interesting conundrum to address on a show where four women live together, presumably a question some of their neighbours had asked about their relationships from time to time. When Jean eventually admits her feelings, Rose lets Jean down in the kindest possible way. Being straight, Rose is flattered but doesn’t reciprocate. The two discuss the situation openly and honestly, deciding to remain friends.

You may think this sounds all rather squeaky clean with after-school-special levels of cheese, but you couldn’t be further from the truth. The show also does not depict each of the women as always being open minded and kind. They are real women with flaws and opinions, who aren’t always able to accept the choices their loved ones make. While one of the others will always point out the prejudice or bigotry of such an opinion, the other will not necessarily change their mind.

‘There is a fine line between having a good time and being a wanton slut. I know. My toe has been on that line.’ 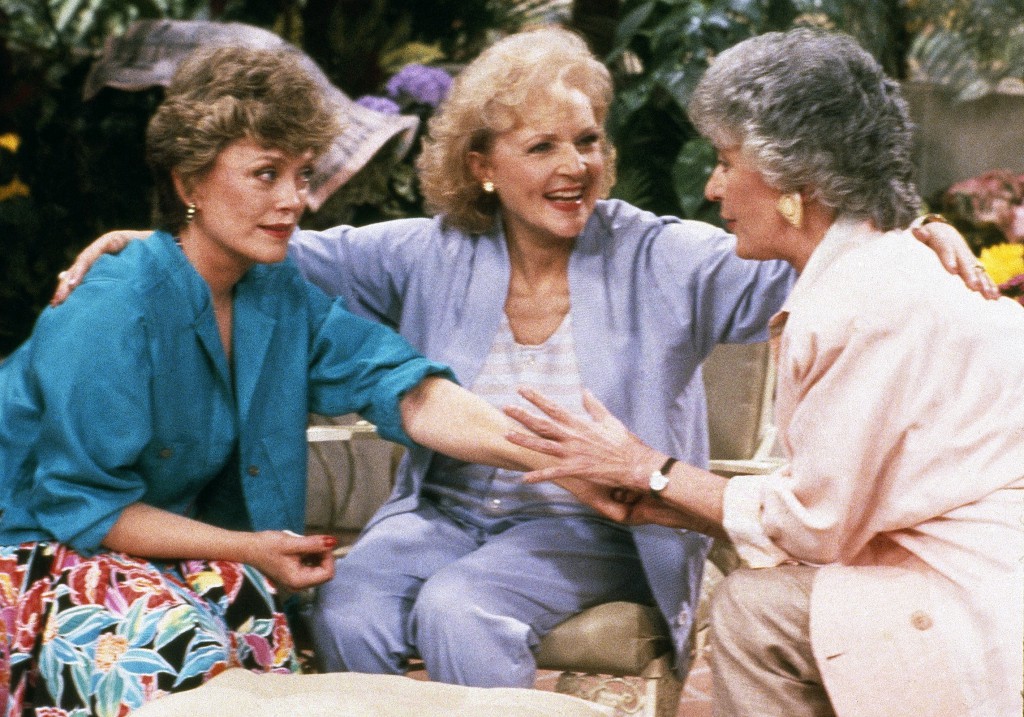 I feel that political correctness has flooded our consciousness to the point where we aren’t allowed to be truly confrontational in any media that is remotely mainstream (despite the level of misogyny that manages to permeate Hollywood blockbusters – that’s a real head-scratcher, that one). Women, in particular, have found it difficult. And I don’t mean that in the sense that we are the butt of un-PC jibes, but rather we have become oversensitive to it, to the point of forcibly removing it from the media.

When was the last time you saw a show where one woman called another a slut? Why are we so afraid that if we represent real women having real arguments that it might encourage more misogyny? I, for one, am glad that The Golden Girls represents real women, each with their own flaws, and friends who sometimes aren’t the most supportive creatures. It is called real life and in the real world, we don’t walk on politically correct eggshells around everyone we know.

‘Sophia, why are you in such a bad mood?’ ‘Excuse me Rose, but I haven’t had sex in fifteen years and its starting to get on my nerves.’ 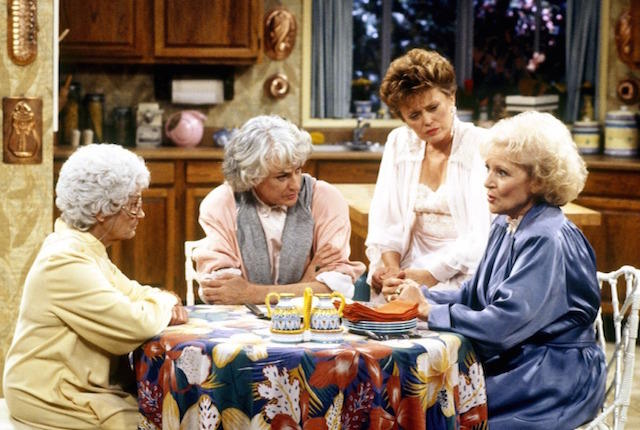 These women have so much game I wouldn’t know how to compete. Not only do they defy social attitudes towards ‘loose’ women, they prove that you are never too old for sex – in a serious relationship or a fling. But it wasn’t simply the act of indulging in sex that the girls touch on, but Blanche often discusses different sexual positions, fetishes, and sometimes makes remarks we are more used to hearing from men (like one joke about having fun with twins). Meanwhile, Sophia, eldest of the group, at one point sits down to enjoy a bit of pornography – after all, just because she isn’t getting any, doesn’t mean she’s dead ‘down there’!

For those of you who thought The Sex and The City was groundbreaking or original (or hell, even good), I hate to point out the obvious but it was merely a poor imitation of a show that was both before its time as well as timeless. The Golden Girls set the bar high for female-centric comedy on television, something we’ve not seen the likes of since.