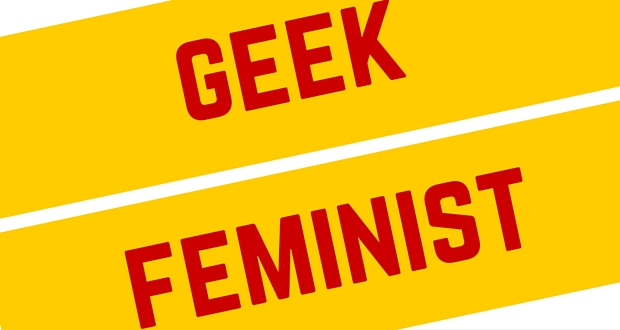 ‘I spent a great deal of my life trying to be quiet and nice and not piss anyone off. I was miserable. It served no purpose. And they still came for me.’

The sad truth of the matter is that female SFF writers and readers are still struggling to be heard. We are dismissed, defined as some kind of ‘exception’, or attacked for one reason or another. We aren’t the exception, we’re part of the rule. It’s no wonder so many of us are angry or leave our dreams behind, sometimes merely continuing to exist amongst all the hate and bullshit is too much. 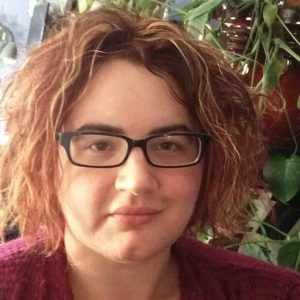 In Kameron Hurley’s essay collection, The Geek Feminist Revolution, she discusses her experiences in geek worlds – as a writer, fan, and woman – and how disappointing the experience can be. So why stick with it? Why shouldn’t she? Why is it still so hard to have female voices heard? Hurley is strongest when she reins in her anger, pointing out all the idiocy of prejudice within fandom and SFF writing with calm, focused rebuttals. But who could blame her for feeling angry and frustrated most of the time?

I intended to write a standard book review, but it was impossible. An essay collection like this naturally invokes strong, personal reactions. So these are my thoughts, an ongoing whirlwind of hurt as I vigorously nod in agreement to everything Hurley has to say and impotently shake my fists in frustration.

The Internet is full of assholes

‘As opportunities for women in geek spaces have risen, so has the backlash.’

The more successful you are, the more Internet hate you receive. This is the new rule of the universe. Hurley discusses the move from blogging nobody (not unlike myself) to successful published author. She still had those same opinions she did when she was a ‘nobody’, but now she’d become ‘The Man’. In what others perceived as a position of power, she found she could no longer express her opinions with the same ease. Two major factors were at play: she didn’t want to become a pariah in the industry she worked in and she also didn’t want to cause offence more generally, to other writers, fans, anyone.

‘All I knew is that there was no more Joanna Russ, and I was going to have to find another angry, truth-telling, no-bullshit voice that I could count on to rage at the world.’ 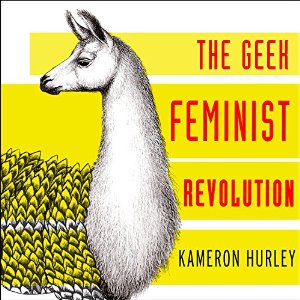 The problem is, even when you are going out of your way to try not to offend anyone or cause a stir, it is inevitable that you do. Trolls want to be offended and they are looking out for anyway way they can attack you. Hurley makes the excellent point that the best way to deal with it is to basically ignore it. If you can see a legitimate point being made, where something you said had the potential to be misinterpreted, apologise. Then that’s it. Don’t start arguments trying to make yourself understood. It won’t help – even if it is a cogent, logical argument. You are feeding the trolls, giving them what they want.

There are always going to be people who dislike your opinions and take issue with you and what you say. That’s life. And with the Internet, they can hide behind their anonymity when they write hateful comments. It’s unfortunate, but all we can do is continue to be the best people we can be, and ignore the haters as much as we can.

Being a woman and a geek

‘Growing up on a lot of fantasy and science fiction novels often means lying awake at night hoping that you, too, are special.’ 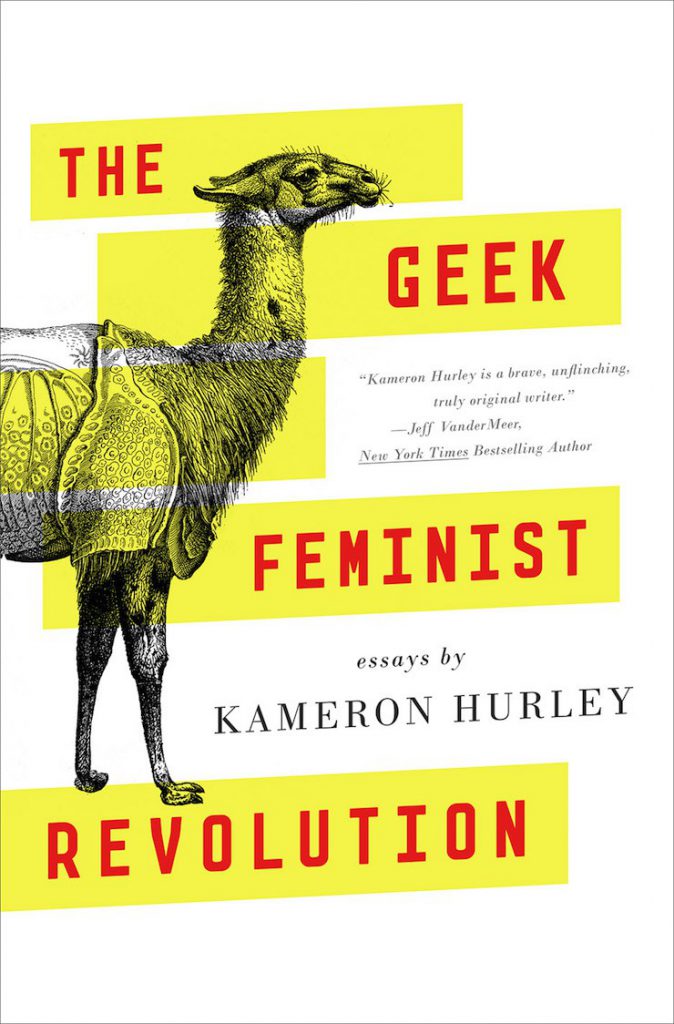 When is the narrative going to change? Women love science fiction, fantasy, and horror just as much as men. Women make up half of the gaming community. We read comics. We like to cosplay. When will men stop thinking that these women are oddities or faking it? Yes, faking it. Hurley discusses this issue, of how she’s had trolls claim she doesn’t really like the genre she is writing in. Why would that be a thing? Hell, I’ve had the same thing – assholes on Reddit telling me I was faking being into SFF in order to land a geek boy. Cause that makes a whole lotta sense…

Part of what makes SFF stories so great is they often feature an outsider showing the world what they are capable of. It appeals to general weirdos and outcasts in the world (like me), but even more so – it appeals to minorities. Women, people of colour, people with disabilities. These stories are made for us – so why do others (generally the mainstream, white males) feel the need to ostracise us from a club clearly meant for us?!

Being a writer is hard work. Once you’ve paid your dues, worked on your craft and managed to get that all-important book deal, the hard work is just beginning. Now you have to market your book, find your audience, keep writing – and do all this while having shit thrown at you. As much as we’d like to believe that our work is so amazing that no one could dislike it or take issue with it, that simply isn’t the case. We aren’t perfect and inevitably we will make mistakes.

It might come across as pessimistic, but the key to being a successful writer is to stick with it. Keep writing, keep trying to get your voice out there. Be heard. Speak your mind. If the apes throw their faeces, you are on the right track. Keep going. No one ever said this gig would be easy.

‘If you suck at writing, suck it up. The world is full of people who write poorly but passionately, and others who can put a sentence together but have no feeling behind it. All they have in common is that they don’t give up when people say they’re talentless hacks. And both of those types of writers have audiences.’

Verdict: Excellent compilation of essays on what it means to be a woman who loves geekery.

Previous: All the Birds in the Sky: Magic meets science in the ultimate reckoning
Next: The Nice Guys: You’re the world’s worst detectives