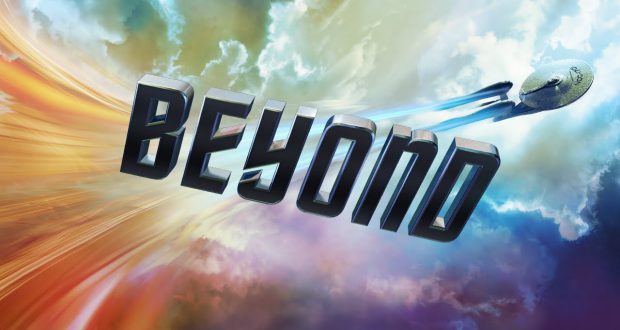 … And yet still much better than the last two.

Anyone familiar with me knows that I am a huge Star Trek fan. But yes, I’m one of these bastard snobs that doesn’t like the new films. Sorry, but they aren’t Star Trek. Of course, Beyond benefits from having lost J.J. Abrams as director (who knew I’d be celebrating the hiring of Justin Lin, the director of Fast and Furious to take over one of my favourite franchises) and a script co-penned by Simon Pegg. Yet again, the film is more of a military action blockbuster than something that inhabits the Star Trek mold. But there are worse things. Overall, this movie is actually ok, despite my numerous bugbears.

We could be mauled to death by an interstellar monster!

According to Star Trek Beyond, our future selves will be very naïve and not do our due diligence when it comes to checking on the credentials of those that ask for help. Instead, we will run headfirst into a giant trap. It practically has trap written in flashing fifty-foot lights on it… 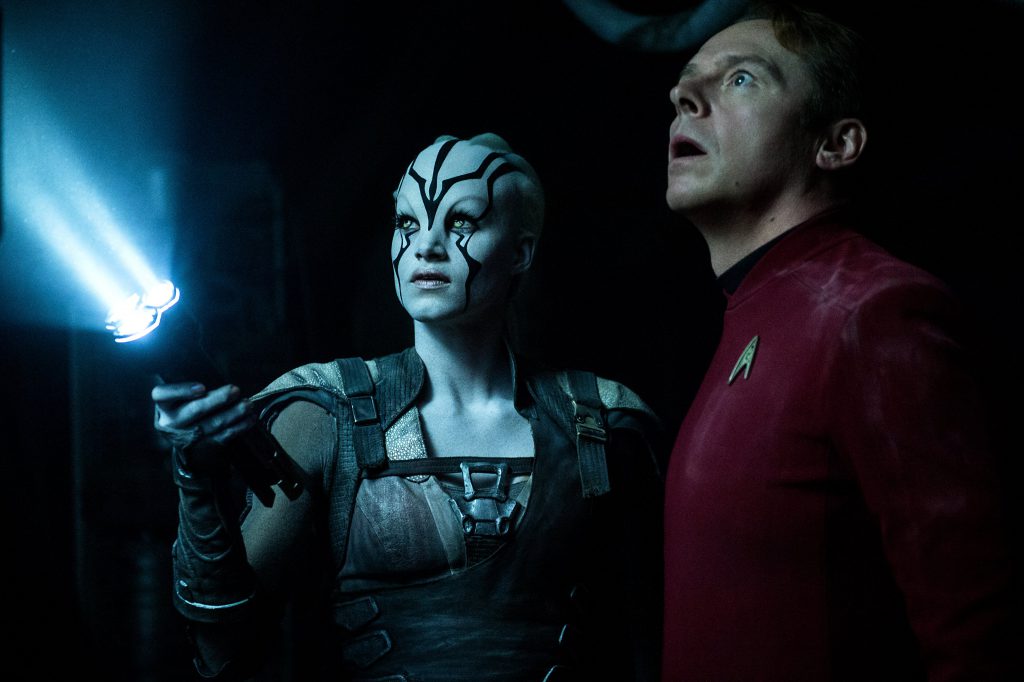 When a scientist shows up at the local space station with a sob story, Kirk and the Enterprise crew race into the unknown (a dense nebula) to help her out. Starfleet play into the hands of their enemies, delivering the Enterprise, along with the ultimate weapon to Krall (Idris Elba, with his beautiful face hidden under heavy prosthetics), a man with an intense grudge against the Federation. The Enterprise crash-lands on an uncharted planet deep within the nebula and Krall captures most of the crew.

Fortuitously, Scotty befriends a local girl, Jaylah (played by Sofia Boutella, known for her excellent turn as Gazelle in Kingsman and the clear stand-out performance in the film), who knows the enemy, escaped, and has an old Starfleet vessel that might just fly again. Kirk and Chekov are led astray by the scientist who brought this mess down on them, while Bones and an injured Spock wander the landscape (including gold spray-painted rocks), trying to find any of their crew mates.

Your theory, as you put it, is horseshit! 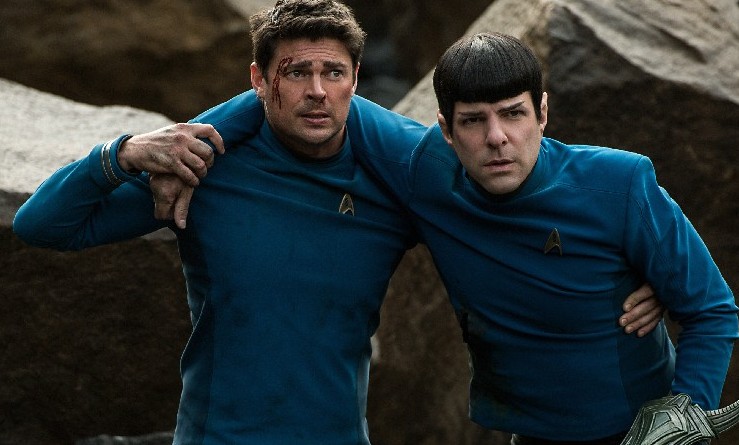 In order to enjoy any of the new Star Trek films, you have to approach them with the assumption that the plot will have A LOT of holes. If you go in wanting a story that crosses all its t’s and dots its i’s, then these films are not for you (which does, unfortunately, rule me out as a fan). If you stop to think about any of the plot elements in Star Trek Beyond, the castle made of cards with come crashing down. Just don’t do it. There are lots of big battles, one-on-one fight scenes, explosions, outrageously hammy acting, and some seriously corny dad jokes. It is supposed to be fun and stupid, and that’s ok.

The problem is, even after I accept that this is meant to be dumb fun, there’s just too much about the script that felt like newbie writing. And we know that shouldn’t be the case – Pegg has cred up the wazoo. Too often it relies on exposition to orient the audience (yes, I realize that Star Trek has always used Captain’s Logs this way, but they are usually kept short and sweet – not so in Beyond… plus epic dialogue info dumps occur throughout). The film also loves to set up moments very obviously – when Jaylah’s love of hip hop comes up, you know it will be important later (somehow), as with the random clip of the old crew of the USS Franklin, Jaylah’s weapon to create multiple versions of herself, the whole ‘this PARTICULAR MAN killed my father’ speech, and even the opening scene. On the one hand, it is good that these aren’t wasted throwaway moments, but it also becomes so predictable a ten-year old could have plotted it. 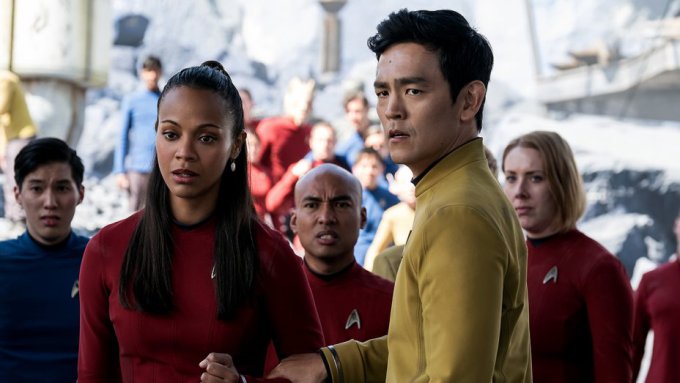 This is where the frontier pushes back!

My trouble with films like this is the utter lack of tension. We all know that the crew will survive. So how do you up the stakes? How do you get the audience sitting on the edge of their seats? Well, Star Trek Beyond simply doesn’t. That might be all right for some people who just want a good ol’ romp, but it ultimately left me feeling cold. Perhaps if it had been funnier, I would have forgiven the lack of tension, but all in all, the film is just a bit meh on all fronts. But hey, it could always be worse, Star Trek Into Darkness proved that. 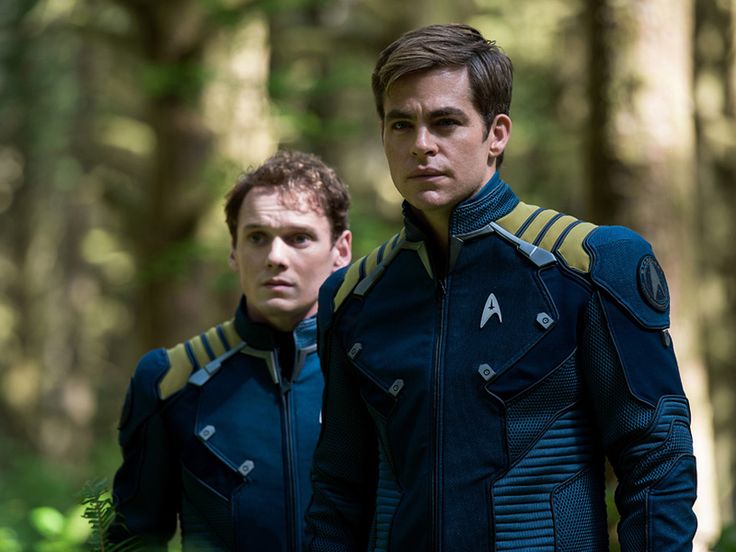 Verdict: As far as the rebooted Star Trek films go, this is the best one yet. Then again, the previous incarnations didn’t exactly set the bar high. Fun, stupid, and full of explosions, this is one for those who like action without a lot of substance.

In Loving Memory of Leonard Nimoy.