Home / Books / An Accident of Stars by Foz Meadows 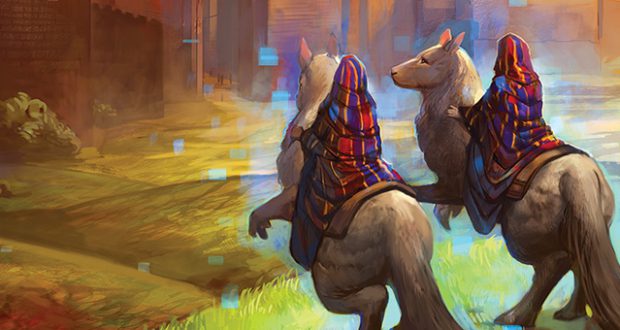 Having never come across Foz Meadows before, I approached An Accident of Stars with a mixture of trepidation and nervous excitement. What if I’m about to read the next SFF classic? Well, when it comes to Foz Meadows’ latest, that might just prove to be the case.

This book is FUN. And yes, those capitals are absolutely necessary. The plot moves at a great pace and has the most intriguing worldbuilding I’ve come across in a long while. I wanted to stay in Meadows’ fictional world forever and believe that I, like Saffron, might one day accidentally step through a portal to another world.

An Accident of Stars is portal fantasy, a sub-genre that has been largely out of favour in recent years. Given all the nostalgia evident around at the moment – from remakes and endless sequels to new material embracing the loving homage (such as Stranger Things) – it’s appropriate that portal fantasy should make a comeback. And what a stunning comeback it is!

The novel follows Aussie high school student Saffron as she follows a mysterious woman through a portal to another world. Once there, Saffron must learn new cultural rules if she is to survive. She’s barely set foot on the world before she is separated from Gwen and maimed by a religious zealot who believes her to be an omen. But what kind of omen is she? Will Saffron adjust to her new surroundings, help her friends with their political struggle, and make it back home all in one piece? 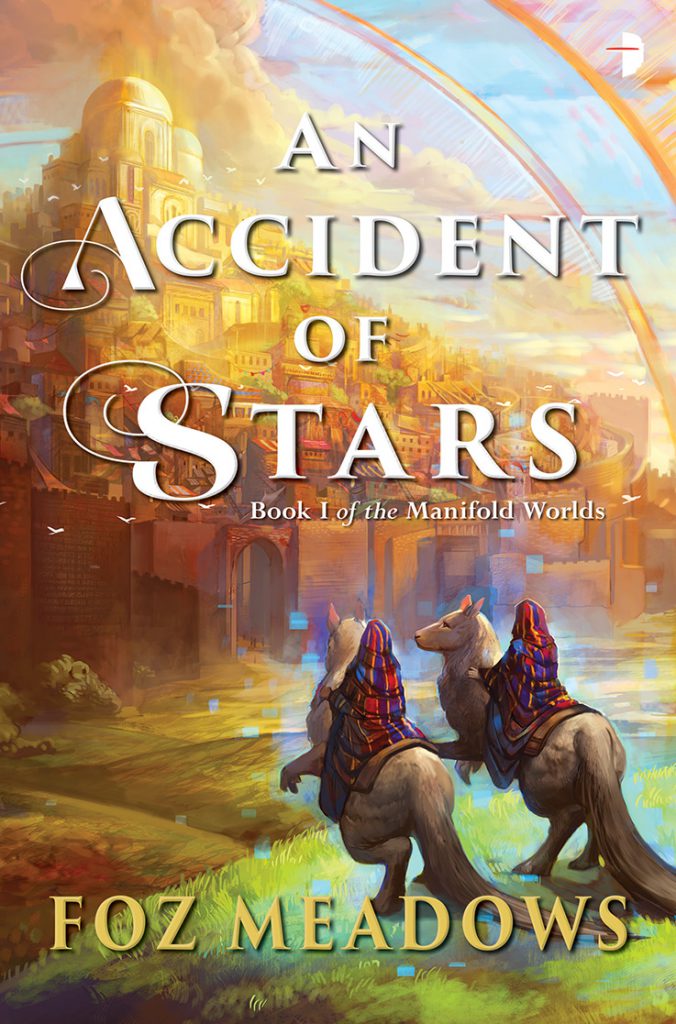 Much like in our own world, religion and politics are inexorably linked. The situation in Kena has become so tangled as to be extremely dangerous, and above all else – comprehensible, believable, and engaging. I love an epic, sprawling tale of politics full of treachery, half-truths, and Machiavellian maneuverings. Meadows delivers on all counts. The convoluted plot never feels overly burdensome for the reader to keep up with and I was genuinely rushing through pages desperate to know what happened next.

While at first, An Accident of Stars looks to be a straight coming of age story for Saffron, it becomes much more. Through Saffron’s arrival in a strange land, the reader is introduced to the fantastical elements. In this way, portal fantasy works wonders – allowing the reader to feel the ‘strangeness’ of the foreign land through sympathetic eyes. But once the world is established, the story takes on more of an ensemble approach, with switching third person limited pov. This approach allows us to see inside our characters minds while still providing tension (something that is often lost, especially in tactical scenes, when written in third person omniscient). An added benefit of this style is the level of depth to the characters. Very few characters are sidelined, and as a result, they all very much feel fleshed out.

Every character we meet is queer. A fact that is handled in a way that you hardly notice that it is unusual. The structure of Kenan society and their system of marriage is barely questioned beyond Saffron finding it understandable and her own appreciation that her bisexuality is nothing unusual. Along with diverse sexual preferences, Meadows explores racial issues as well, particularly with Gwen’s character. Imagine a person of colour feeling safer in a world of political upheaval, primitive medicine, magic, and violent politics than in our world… It isn’t hard to believe at all. A sad commentary on the very real state of the world. 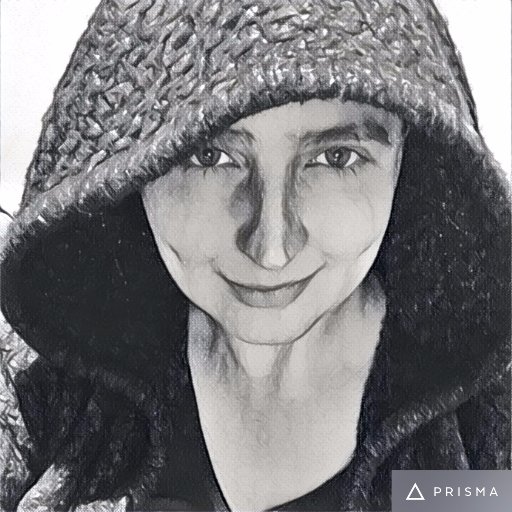 While I did love this book, it isn’t all sunshine and rainbows. Moving past my lengthy praise, I do have a few issues with it. It suffers from wordy over-explanations in the early stages of the book that lead to a difficult learning curve and also makes the early chapters a slog to get through. Of course, fantasy novels often have steep learning curves but there are an awful lot of names thrown at us in quick succession and given little grounding context. For instance, ‘With Tevet dead and the rebellion with her, Gwen and her allies had lost their best shot at removing Leoden from power.’ This is especially disappointing given how good the rest of the novel is.

Similarly, Meadows sometimes falls into the trap of ‘show don’t tell’: ‘Initially, he’d appeared to be everything a good Vex should be: courteous, quick-witted, compromising at times and rigid at others. But his subsequent actions had proven him to be egomaniacal, manipulative and cold, his plans for Kena so grandiose and twisted that even Yasha struggled to make sense of them.’ I hope that these foibles are down to a young writer still coming to grips with her skills, because the novel is otherwise superb.

Verdict: This book is such great fun you’ll want to take a sick day to finish it in one sitting.

An Accident of Stars was published by Angry Robot on August 2nd.

*Article ammended on 17th of August. Originally read that this was a debut novel.