There are very few shows I watch on a weekly basis. Other than Last Week Tonight with John Oliver, those that keep me glued to the TV when a show is first released are those that have become ‘events’, like Game of Thrones. I mean, god help anyone who goes online after the latest episode of GoT has aired – there’s no way you’ll navigate social media without spoilers (yeah, thanks America – we know, you get it first… would you mind not ruining it for the rest of us?). Binge watching also appeals as I find myself getting into the mood for one thing in particular, and it is all I want to watch… for a short burst of time. 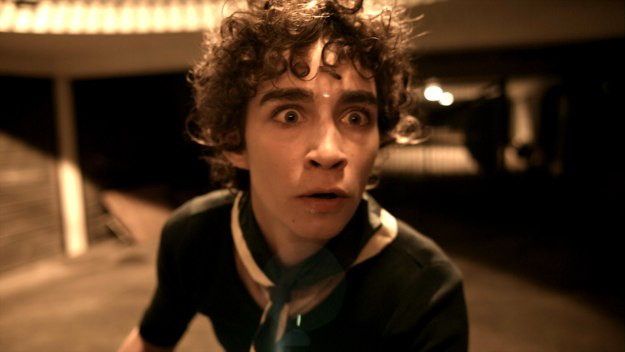 Some shows manage to hold my attention for a weekend, a week… few keep me utterly addicted for weeks on end until I complete the entire run. Misfits is one of those rare shows. Honestly, I’m not sure how I missed its original run on TV. I’d heard of it, but never managed to catch an episode. With my ever-growing obsession with Joe Gilgun, I finally started Misfits, 7 years after it started. And once I began, I found I couldn’t stop.

It’s noble to believe that if you were suddenly gifted with superpowers that you would use them for the greater good, but let’s face it, that’s not real life. Not only that, who says any superhuman ability would actually be useful? Misfits explores what might happen to a group of disenfranchised youths with special abilities. And not just regarding what they would do with those skills, but also how these changes would impact the world around them. Sadly – though realistically – more often than not, the consequences are dire. 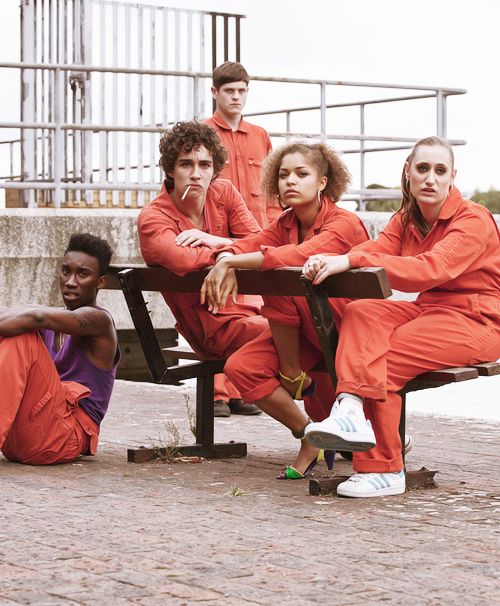 How often do we hear tales of whitewashing or popular media failing to represent the lower classes without denigrating them? Misfits is one of the few shows I have seen that gives us characters with criminal leanings but doesn’t either portray them in a negative light nor talk down to them, as though they were entirely victims of circumstance. Instead, the characters we meet are ordinary young people trying to work out who they are and what they want out of life. Meanwhile, the show is also more realistically representational than most, boasting a diverse cast with series regulars Antonia Thomas, Nathan Stewart-Jarrett, and Karla Crome, along with special guests such as Ruth Negga and Nathalie Emmanuel.

The series exults in ridiculous, fun, and outrageous plot lines – but no matter how fetched they might sound in a one-line summary, they always work on Misfits. After watching the show, it was great fun to discuss with friends in conversations began with comments like ‘You know in that episode when they have to rescue the nun from those other nuns but it turns out the nuns are trying to protect her from the four horseman of the apocalypse?’ These plots sound utterly ridiculous on paper, so props to Howard Overman for getting the show to air. Despite the utter silliness, Misfits manages to maintain its dark comedic tone throughout and provide the audience with truly unique and imaginative storylines that we’ve not seen elsewhere. 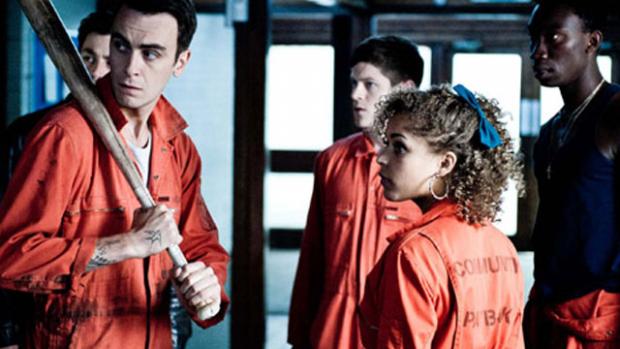 The creativity of the show doesn’t stop with the batty storylines but extends to superpowers as well. There are so many mutants in the X-Men and superpowers explored through comics, film, books, and more, I hardly thought it possible that I could come across interesting and different superpowers. But that’s what Misfits delivers. How? Well, who says that a superpower would actually be ‘cool’? Most of the time, their powers are more of a hindrance than help and they have to find how to live a normal life despite their abilities. More than that, their powers are often completely mundane. One of the most memorable villains has the ability to control dairy products – something which, at first glance, looks entirely lame but turns out to be an incredibly useful and powerful ability. In this way, Misfits continually upturns expectations to keep audiences guessing, never becoming dull or rehashing material they’ve already covered.

It wouldn’t be a black comedy without death, now would it? But honestly, there really is a shit load of death in this show. So much so that it becomes a running joke. It is rare that a full episode passes without the cast needing to bury at least one person… but don’t worry, they either didn’t mean to kill them or they had no other choice. And what bonds friendships more than helping each other get rid of a body? 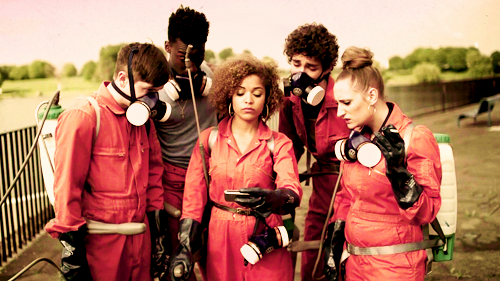 There’s definitely an element of questionable blindness by local law enforcement – why don’t the cops put two and two together and realise that there are an awful lot of probation workers from the same community centre ‘disappearing’? It reminds me of Sunnydale and the town’s seemingly endless ability to ignore the number of unexplained deaths. But hey, it’s a suspension of disbelief I’m willing to run with, and honestly, it’s such good fun it rarely crosses your mind while watching the series… Until, of course, they become self-referential and bring it up for laughs: ‘Can we please stop killing our probation workers?’

Rotating and refreshing the cast

Over time, shows often lose their charm. The writers run out of ideas or the characters grow stale. Misfits, thankfully, never suffers this fate. I’m sure there are fans out there who disliked the rotation of actors over the course of the series, but I enjoyed it (and not just because Robert Sheehan’s departure meant I could enjoy Joe Gilgun in double-vision). The characters are given arcs that are allowed to run their course (for the most part), and with each new character and superpower brought into the group, there’s an injection of fresh ideas. As such, the show doesn’t simply rely on a revolving number of bad-guy-of-the-week style plots to move the show along, proving once again what a rare gem it is. 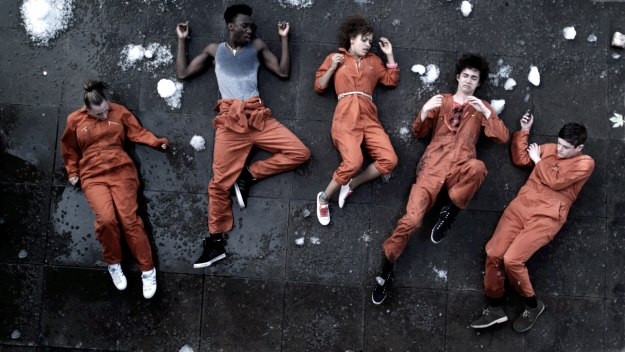 If you are looking to binge watch anything this summer, I heartily recommend Misfits. The ‘box set’ is currently available on demand.

Previous: An Accident of Stars by Foz Meadows
Next: 10 storytelling lessons to learn from The Last Witch Hunter