Home / Features / Nostalgic Impulse: The Man Who Fell to Earth 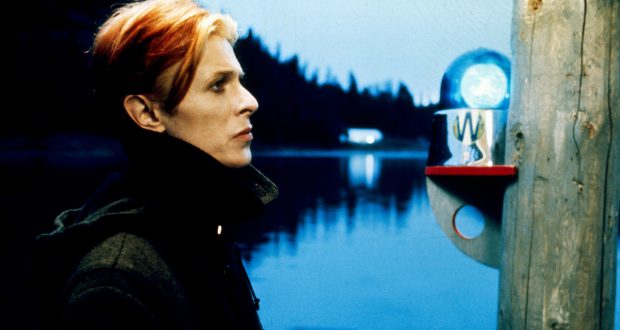 This hasn’t been a good year for me. Two of my idols have died (Prince and Bowie). If there can be a silver lining to the death of an admired genius, it’s that Bowie’s films are being remastered, The Man Who Fell to Earth among them (and at 4K, no less). I’d not seen the film before its limited re-release. In high school, we studied Walter Tevis’s novel and I received a stern warning from my teacher about not watching the film, for it was ‘full of sex’ and didn’t stick to the plot of the novel. While I can’t remember much of the prose style or structure of the book (high school was a long time ago, after all), the book stuck with me. It was the first science fiction novel I’d ever read (or at least remember reading) and it sparked an interest in me that hasn’t been cured to this day.

If I had the copyright on the Bible, I wouldn’t sell it to Random House.

My teacher wasn’t wrong. The film doesn’t stick too closely to the plot of the novel, nor does it make the purpose/plot/scenario etc very clear to those going into the film without having read the book. Director Nicola Roeg delights in the obfuscation; adding bizarre intercuts and symbolism in favour of clarity or traditional storytelling elements. While Tommy/Thomas Jerome Newton (David Bowie) often mentions the drought back on his home planet, he never actually mentions his plan to take water back, and that if he fails in his mission, his entire world will die. As a result, he wanders around with seemingly little purpose and the tension that exists in the novel is all but lost. Similarly, his descent into addiction and failure is not nearly as tragic as it could – and should – have been. 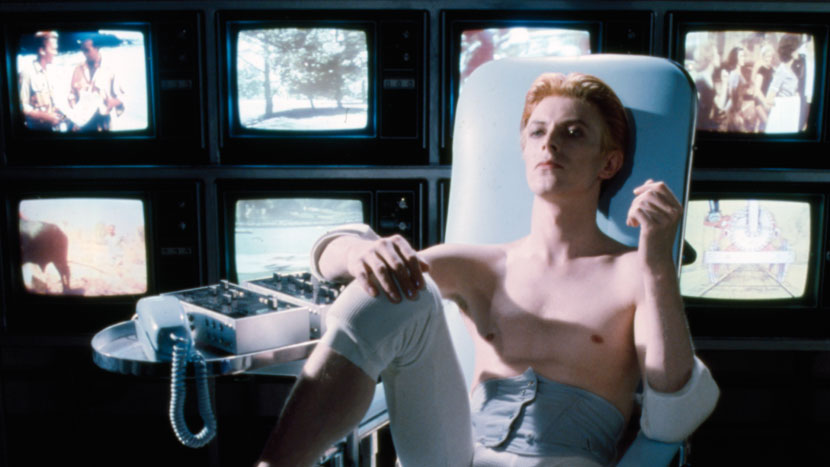 The flashbacks to Tommy’s time on his planet with the family he left behind, I felt, were entirely unnecessary. They fail to make anything clearer to the audience in terms of Tommy’s ultimate mission. Given how little emphasis is given on the importance of his purpose on Earth, perhaps Roeg felt that these flashbacks, ‘humanising’ the alien who is here to save his family, might have brought the audience on side, but it is far too abstract for that. If anything, it makes him appear even more alien, seeing him in his alien form and his family never speaking. Then for him not to outwardly dwell on his failure, the imminent death of the family he failed, again only highlights his other-ness.

Well, I’m not a scientist. But I know all things begin and end in eternity.

In the original novel, the story is about the fall of a would-be hero. An alien who comes to earth with one goal, but is ruined by the indulgences available to him on Earth. Much is made of how the aliens view our world. It is a kind of paradise, with all the water we could possibly want. And then we waste it. Why drink alcohol when you could drink water? Why be so frivolous when in water is a finite resource, even if it might not look that way now? This was never supposed to be a bittersweet story. It is straight up tragic. So why does the film skirt this? Why does Tommy claim that his wife will one day hear his message (which, in the film is a music recording) when he knows full well she is already dead?

Reading The Man Who Fell to Earth was the first time I had been exposed to what is now called ‘clifi’, where science fiction explores the detrimental effects of climate change. Since then, clifi has become an ever more popular subset of science fiction. This element of the story is what keeps the story feeling relevant and fresh. After all, now more than ever before, we truly understand what climate change will bring. As such, the fact that the film underplays Tommy’s failure and loses sight of his fallen hero status, feels like an even greater lost opportunity than it might have done at the time of release.

You know Tommy, you’re a freak. I don’t mean that unkindly. I like freaks. And that’s why I like you. 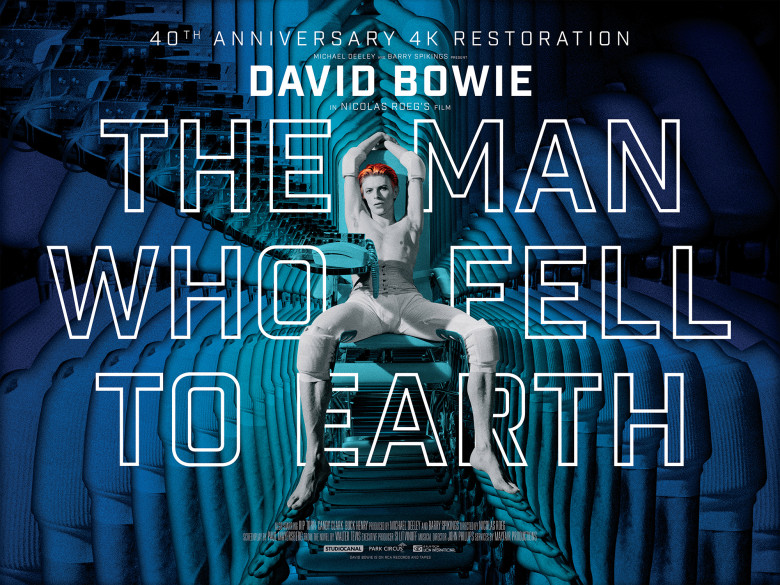 Many people malign the current state of film and television, that there’s too much nudity and sex. Having watched The Man Who Fell to Earth, I’d say that I appreciate the 70s precisely for its freedom with nudity and sex. I want to see more in the way of realistic sex. Sex that is funny, awkward, animated, fun. These days, sex scenes are always so staid and boring, determined to either depict intense passion or rape. Where’s the fun of sex gone? I have to laud Roeg here. The freedom with which his characters explore their desires in the film is something to rejoice. From the playful rough-housing of a lecherous professor, the loving and stable gay relationship of Tommy’s favoured associate, and the sensual explorations of Tommy and Mary-Lou, we are presented with a view of sex in a way almost absent from current pop culture: that sex is fun, healthy, and should categorically be enjoyed.

Not only that, women were allowed to look like real women. Their faces weren’t augmented beyond real-world possibilities, there were women of different shapes and sizes, and there was even pubic hair! On top of that gloriousness, we even get to see penis. Now, I’ve long been an advocate for equality in terms of seeing nudity of both genders onscreen, so an outing that included both Rip Torn and David Bowie’s penis was almost too exciting for me to handle.

The remastered version of The Man Who Fell to Earth is now available to purchase.

Previous: The Pattern of Baldness
Next: Doctor Strange: We harness energy and shape reality