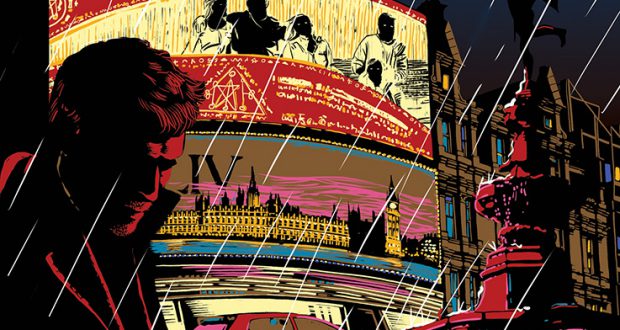 Peter McLean’s first Burned Man novel, Drake, was my idea of the perfect holiday read. It was fun, easy to read, and just a bit unsavoury. A while ago, I read somewhere that people who swear a lot are generally considered trustworthy (which obviously makes me the most trustworthy mother fucker you’ll ever meet). In reading Drake, I could easily see that. For a fairly dodgy bastard, he is believable and comes across as an entirely reliable narrator. He also thinks and talks quite a lot like me. As narcissistic as that makes me, I loved it.

The second in the series, Dominion, isn’t quite as tight as Drake. It suffers from common second book problems, where too many of the early chapters end up simply recapping the plot of the first novel. I also found a tendency to overdo the character quirks, for instance, with Drake always saying ‘in case you didn’t know’, among other repetitive phrases. While it’s fine to give characters ticks, they need to be used sparingly. At one point, I found three uses of the same phrase within two pages (I say pages, but I was reading on my Kindle… you know what I mean).

‘”This evening has gone awry,” he said, instantly winning my award for understatement of the day, if not the fucking century.’ 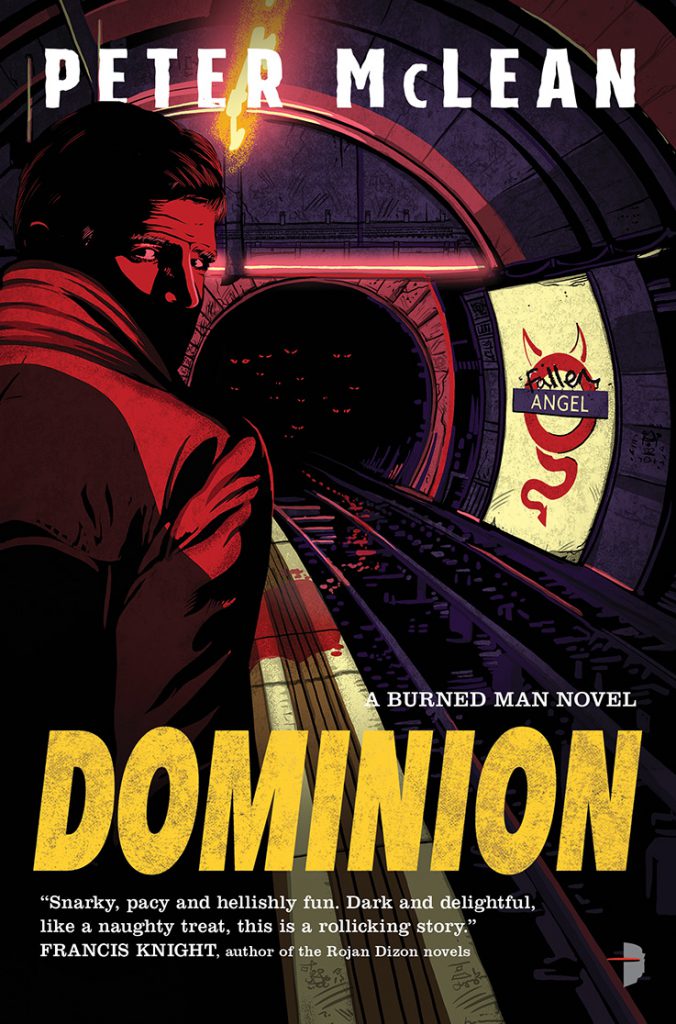 I’ve seen a lot of reviews compare McLean’s novels to Jim Butcher’s Dresden Files, and while I can see where they are coming from, I think it is a tenuous similarity. This is urban fantasy with a central protagonist using magic. They both take a lot from the noir genre while also subverting it, but Dresden is at least a private investigator first and foremost. Drake is a killer for hire. He’s got no heart of gold nor is he determined to get to the bottom of any wider issues unless they impact him directly. He is a selfish, self-absorbed asshole. You probably won’t like him as a character, after all, he’s a bit of a voyeur, he uses and manipulates the women in his life, and he would sell his soul to the devil for a night with a beautiful woman. Drake as a character takes the hard-boiled noir protagonist to its utmost limits, giving us a character that is just as awful as the people he despises. And on some level, he does recognize his flaws. But that’s not to suggest he has any plans to work on them. In other words, Drake is Harry Dresden without a moral compass, with alcohol abuse and gambling problems, and a pet archdemon.

There’s nothing particularly slick about McLean’s prose, in fact, Pete would be the first to tell you that he writes for his own entertainment as well as that of the reader. He isn’t writing for literary merit, per se. The prose reflects the character of Drake admirably – all rough edges and colloquial phrases. The biggest foible of the writing comes with repetition, and not just of phrases specific to each character. Of course, this wasn’t helped by my chain reading of the first and second books in a row, but he often repeats descriptions and plot points several times in case the reader missed it the first time around. Well, I prefer authors to err on the side of assuming their readers are geniuses. I got it the first time, mate.

‘I improvised with the best multipurpose word in the English language. “Fuck,” I said.’ 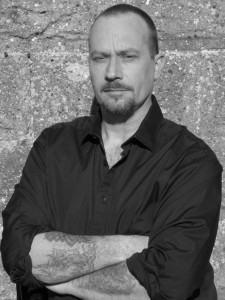 The other 2nd book/middle book of a trilogy issue Dominion suffers from is the lack of satisfactory closure. The ending is open – for good reason, given there’s another book yet to come, but it still leaves the reader feeling unfulfilled. It opens trying to recap the ideas we already explored in the first novel and finishes with too many open-ended questions. I’m yet to come across a better ‘middle’ story than The Empire Strikes Back and I’m starting to wonder if I ever will. Whereas Drake had a central plot thread that carried the story through, building in peripheral stories as it went without being derailed, Dominion is a bit of a messier beast. There are a lot of plot elements in play throughout and I admit that I wished McLean would go back to keeping it simple. Simple and direct, that’s how I like my diabolists.

‘Jesus, I needed more enemies like I needed a dose of the clap.’

While Dominion wasn’t as strong as the series’ first entry, it was still a fun read. I’m curious to see where the story goes with the third novel, especially now that it has been confirmed by Angry Robot. This series is not for those of you looking to sink your teeth into a complex literary world but rather for those looking for a good yarn. I’d recommend it for a wintry weekend where you stay indoors and snuggle up in a blanket. I’m not sure what that says about my idea of relaxation… but it takes all types!

Verdict: A slightly messy follow-up to Drake, with the common unsatisfactory middle-of-a-trilogy open ending. A fun read all the same, but definitely more of an ‘entertainment’ novel than a think piece.

Previous: Queen of Katwe: In chess, the small one can become the big one
Next: My Scientology Movie: Tell him to stop filming