Home / Books / Damnation by Peter McLean: You’re about as deep as a puddle of piss 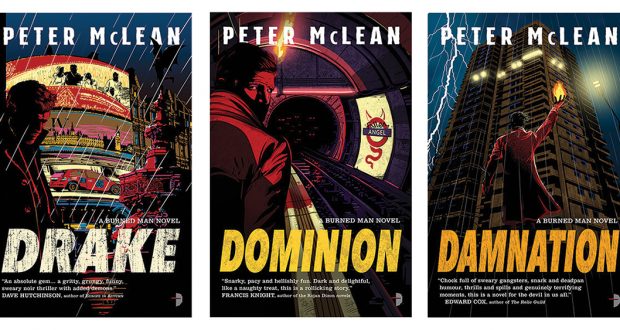 Peter McLean is back with another instalment of his entertaining Don Drake series. The rough-around-the-edges diabolist-for-hire continues to pine for his guardian angel, make stupid decisions, get himself into trouble, and generally fuck up whenever he possibly could. Three books in to this noir take on urban fantasy, you probably know whether or not you are on board with McLean and his hopelessly flawed protagonist. Me? I’m a card carrying member.

I don’t know what books other people read to unwind but this is my kind of relaxation fodder. The narrative formula is well-established, the cast of low-life characters endearing, and the inevitable moral quagmire Don finds himself in is always fun. These are not novels that challenge stereotypes or explore completely new territory. They are just fun.

‘My life was a total and utter clusterfuck.’ 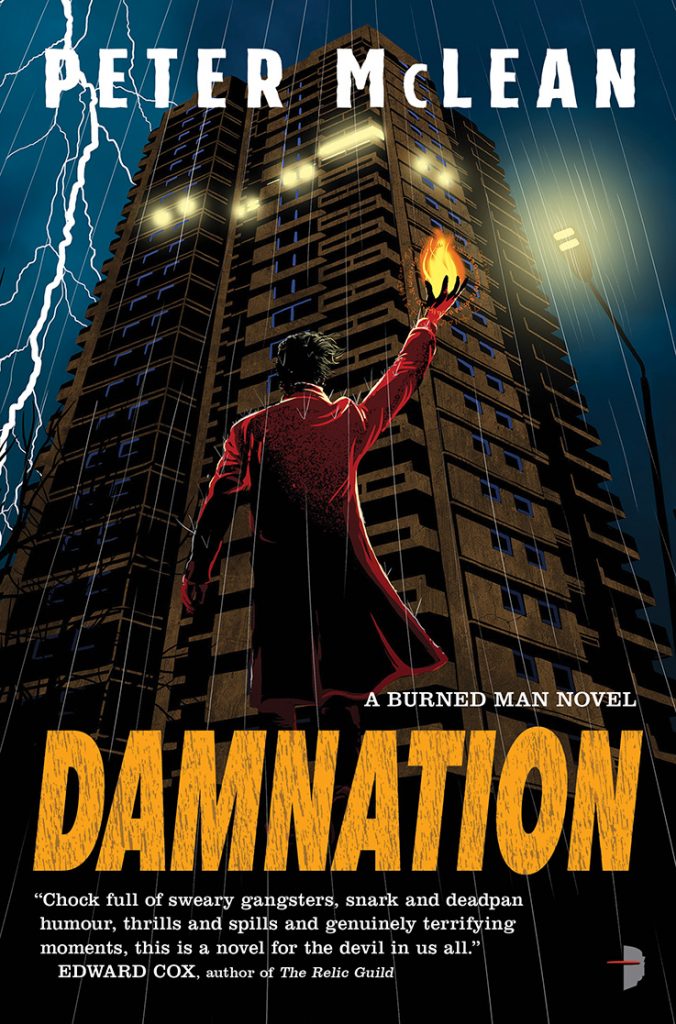 Damnation follows Don up north – way up north, Scotland! – after he has run away from Trixie and his responsibilities with the goddess Menhit. When things get tough, fuckups get going. And Don doesn’t stop at simply relocating, he runs so far away from the mess he was in by retreating into drug addiction. But as these things will, his past catches up with him. Forcibly dragged back into the fray, Don and Trixie have to finish what they began. As it turns out, Trixie’s Dominion fell into hell but not had not been completely put down. To serve his goddess and protect those he loves, Don must travel into hell. But who will claim his soul first, the Burned Man or hell itself?

‘He seemed content enough to sit and watch me drink, to be fair, but I’ve always regarded drinking as more of a team sport than some sort of performance art.’

The dirt and grime of the underworld McLean creates is pitched perfectly. The characters that inhabit his world all have their own personalities and motivations (the horrible arch demon Wormwood is a savvy businessman with a real head for numbers, for instance) so that no matter how despicable they might appear on the surface, there is always more to them. Both Don and the reader spend their time mulling over who exactly is ‘evil’ and what that really means. ‘Good’ doesn’t much come into McLean’s book series, but there are endless shades of ‘slipping’ into evil on show.

‘It was a proper old fashioned greasy spoon too, not one of these poncy hipster places where they want to serve your chips in a Wellington boot and your drink in an old jam jar or some such stupid fuckery like that.’ 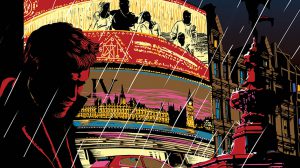 My complaints are very similar to those I’ve had for previous instalments – which mustn’t be too bad as I keep coming back for more regardless. Repetition is McLean’s biggest issue, from overuse of character voice ticks to re-stating narrative points so often I wondered if there could ever be such inattentive readers out there to need that much hand holding. Having said that, some of this has improved from previous entries, especially Don’s internal monologue ticks. They are definitely used more sparingly than they have been, but I still found them grating – perhaps given how much I picked up on them in previous novels meant I wouldn’t tolerate any instances of them (after all, I have been told I can be a harsh critic…).

I did find that I missed some of the supporting characters in Damnation. Wormwood barely featured, neither did his club. I enjoy Don’s interactions with his fellow seedy underworld magicians and demons, but there was a lot less of that in the third book. Even Papa Armand only popped up once – though is mentioned a few times throughout. And overall the novel felt too short (not helped by the goddamn cliff-hanger ending – THANKS FOR NOTHING PETE!). Then again, finishing a book and thinking ‘that was too damn short’ is hardly a real problem, is it?

Verdict: Don Drake continues to be an enjoyable fuck-up. Damnation is a solid, entertaining read, but beware of the author’s cruel nature in leaving us with one almighty cliff-hanger ending.