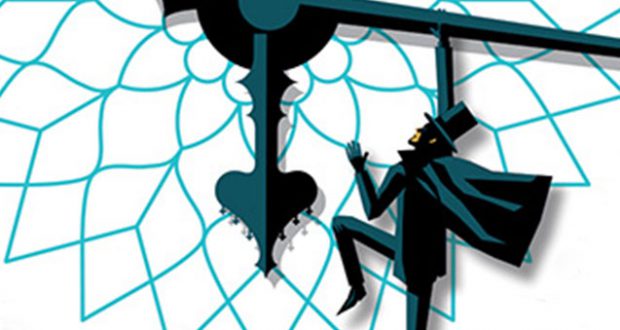 I have been making an effort to ensure I read more novels by women, particularly debuts. Thankfully, I’ve been finding more and more excellent books being published by my gender! We girls are doing our bit to ensure that SFF is no longer a boys club.

The Interminables, the debut fantasy novel from Paige Orwin, published by Angry Robot, is a bit of an odd duck. It is set in the near future (2020), in a world where magic is real and common knowledge, in the fall-out of a wizard war. At the same time, it feels like a Regency piece, with men in capes and top hats and a strict social etiquette. Meanwhile, there are ghosts, robots, wizards, and monsters. There are a lot of cool ideas floated in the novel, but those same ideas are also partly its downfall – there’s just too much.

While there’s plenty to like in Orwin’s debut, particularly the wry humour, the book suffers from an inconsistency in prose, pace, and characterization – something that often occurs with early efforts.

‘Immortality: an example in action.’

Edmund is an unusual wizard, holding the power to collect time from others. Alive since the 1940s, he has an extraordinary amount of baggage. In the wizard wars, he was a leader, and his failure in the role is something that continues to haunt him. Edmund’s closest friend, especially given his lifetime, is a ghost with a troublesome appetite for death, Istvan. The two are on a mission to intercept the sale of dangerous weapons, but what they stumble upon is something much larger. And the most concerning thing of all, is there might not be a clear right or wrong path to take.

‘He crossed brown arms covered in faded tattoos of flowers and hummingbirds, a motion rough and sharp and teetering on the edge of coordination, like a vengeful marionette.’ 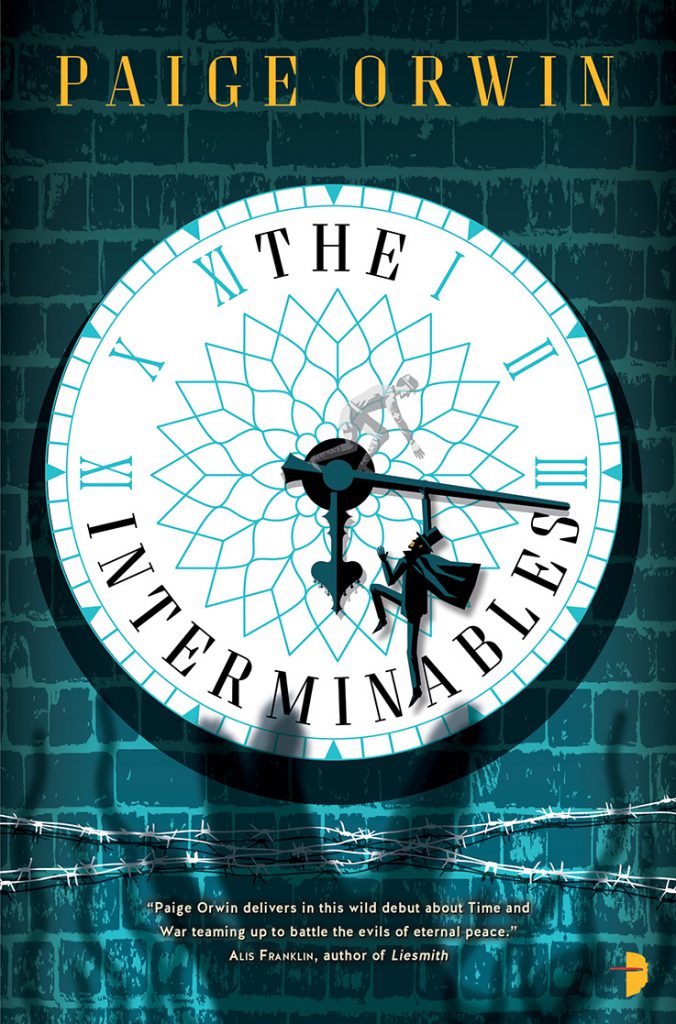 The inconsistency of The Interminables is very disappointing. It starts well, if a little slow, but before long you find the story racing along with a desperate page turning need. But it doesn’t last. It trips, fumbles, and splats from the midway point, where the pace slows down to a crawl. I went from being excited to get back to reading to picking up other books instead.

In terms of writing skill, Orwin’s biggest problem is clarity. There are the basics such as clear blocking of a scene. I never felt that she had a great grasp of where her characters were in relation to each other, let alone the setting. As such, imagining the world was difficult. The powers of the wizards, ghosts, robots, and creatures were all rather indefinable, like she’d licked her finger and stuck it in the air before writing each scene. I didn’t believe she’d mapped them out particularly well (other than Edmunds, admittedly very cool power of ‘stealing’ time from others).

The pace and plotting also appeared to be all over the place. While I appreciate stories that don’t adhere to obvious beats and narrative structure, this felt far too meandering, as though Orwin had no idea where things were headed. The Interminables, as a reading experience, feels like a ‘pantser’ wrote from beginning to end and never went back to edit the structure into a sensible narrative. All in all, it simply felt undercooked.

‘She’d been brilliant, a genius like no other… but utterly, irredeemably mad.’

That said, there are some great characters in the novel. Edmund and Istvan are both likeable and distinct. I love a good bromance and this is definitely one of the better ones I’ve come across. Too many characters that are blessed/cursed with immortality or extended life spans are lonely creatures, depressed that they have no friends to live out their long days with. While Edmund, to an extent does mourn this aspect of his power, he appreciates the friend he has in Istvan, a ghost that will ‘live’ on with him.

Where the characters fall down is in the peripheral – and generally female – characters that populate the world. The typical, unfeeling and unrepentant ex-lover, the lying and manipulative leader, the cute, geeky librarian who helps them out… None of them feel particularly three-dimensional and never feel more than props to have Edmund and Istvan react to.

Verdict: An inconsistent debut that shows promise, but fails to live up to its few moments of quality.

The Interminables was released on July 5th in the US and July 7th in the rest of the world.

Previous: The X-Men Franchise: Like a Phoenix from the Ashes
Next: The Legend of Tarzan: Wherein the hero replicates the mating calls of animals