Home / Film / The Legend of Tarzan: Wherein the hero replicates the mating calls of animals

It has been some time since I have seen a film so dedicatedly embarrassed by its own premise. I fear that the reluctance with which The Legend of Tarzan rolls out its jungle-swinging sequences is a sign that no one had much faith in this project. It could just be the dreadful CGI of those altogether brief and infrequent sequences, but the film makers don’t want to even take us to the iconic jungle setting for a good chunk of the film. The impression is that they all thought this ‘raised by apes’ business was a tad silly, and my god do they want to be taken seriously.

The evasion of the core elements of the concept began right from the off. As we begin, we learn that King Leopold II of Belgium has gained the majority of the Congo basin for his colonial purposes at the Berlin Conference. Senior civil servant Léon Rom (Christoph Waltz) has been dispatched to protect Belgian interests and source the diamonds of Opar to fund the colonists’ activities. Meanwhile back in London, Lord Greystoke (Alexander Skarsgård) is reticent to accept an invitation to return to Africa at the behest of the Prime Minister and the American diplomat Dr George Washington Williams (Samuel L Jackson). His wife Jane (Margot Robbie) is much more eag- Bored yet? Wondering why they are talking around the whole Tarzan-swinging-through-the-jungle thing? Believe me, this drab first act has some way to go yet.

The performances by our main leads are tedious in the extreme 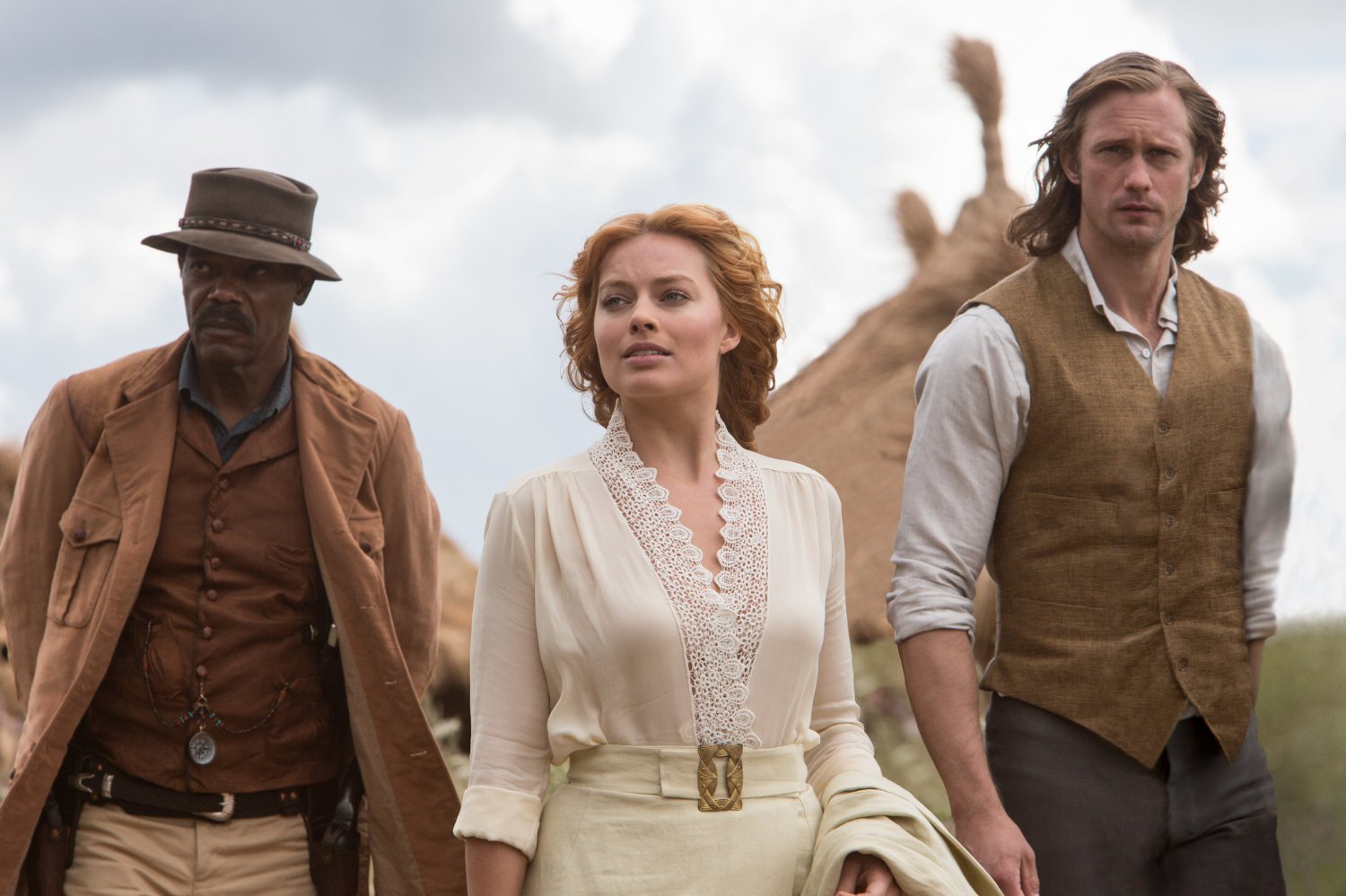 The film makers were even cagey about the infamous jungle call. On the two occasions when Tarzan does his notorious holler, it is laughably bad. The response of the audience to this iconic bellow (indeed the only audible response in the entire runtime of the screening I attended) was one of derisive chuckling rather than awe. Actually there was one more emotion elicited: puzzlement. There’s a bizarrely incongruous joke about licking a gorilla’s balls that really doesn’t sit well in the film.

Yes, the performances by our main leads are tedious in the extreme, and Tarantino veterans Jackson and Waltz are coasting on their unrestrained-and-shouty/polite-but-threatening shtick, but The Legend of Tarzan does have some features of interest. It appears to be a revisionist attempt to integrate the original stories into modern sensibilities. I say ‘appeared’ because it is a botched job. The patriarchal white saviour of Africa angle of the original story is hideously outdated and clearly needed reworking, but like so many other elements in this film, the reworking is poorly judged. 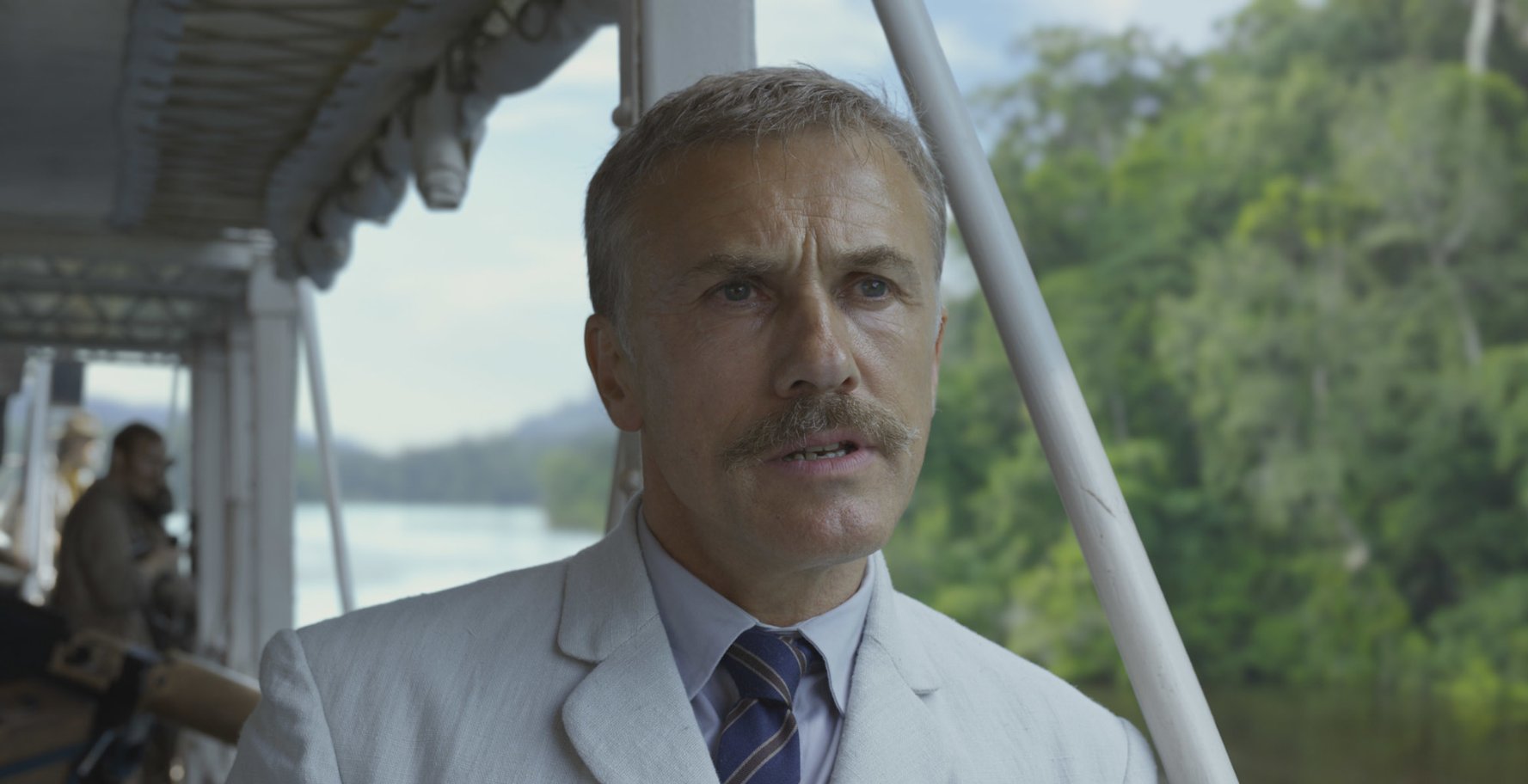 The film seems to think it is progressive

The main plot revolves around stopping the furtive attempts of the Belgian government to rekindle the slave trade. Samuel L Jackson is there to draw comparisons to slavery in the USA and extermination campaigns against Native Americans. Margot Robbie as Jane gets a line about not merely being a damsel. And yet, for all these attempts to integrate modern awareness and sensibilities towards exploitative racial and gender politics, the film only really acknowledges them without really implementing anything different in the plot. 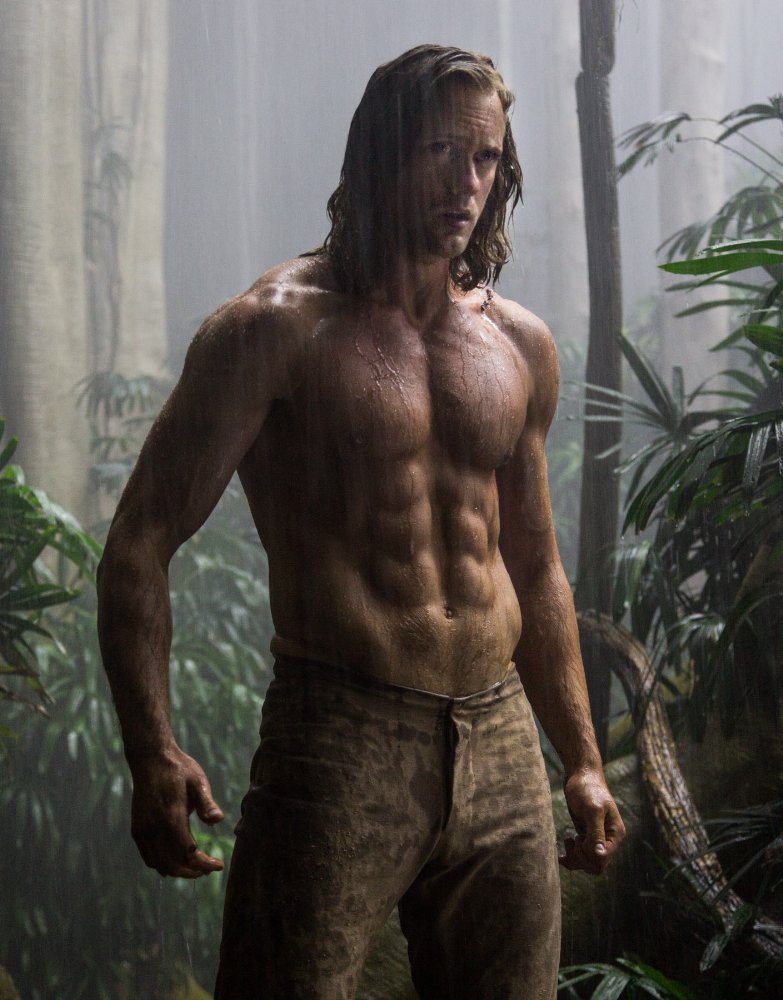 Jane repudiates being marked as a damsel-in-distress but spends the entire film needing to be rescued. Congolese natives are introduced but given no role or agency, they’re simply saved by yanks and Europeans. Some furore has been generated by the apparent cutting of a gay kiss between Waltz’s villain and an unconscious Tarzan. Prudish and homophobic as that might be to cut, the restored content surely falls back upon stereotypes of sinister gay bad guys.

The film seems to think it is progressive but it utterly surrenders to the atavism of the source material. White westerners save the women and helpless Africans need guiding. Hurrah, rule Britannia! I’m not sure if this was a sincere but incompetent attempt to make a modern Tarzan or a cack-handed crack at crypto-imperialist propaganda masquerading as an action film. In either case, it isn’t very good.

Verdict: I am not sure if it is misguided or sinister, but The Legend of Tarzan is certainly worth avoiding.

Previous: The Interminables by Paige Orwin
Next: Breaking the Glass Slipper: Interview with Janine Ashbless/Keris McDonald