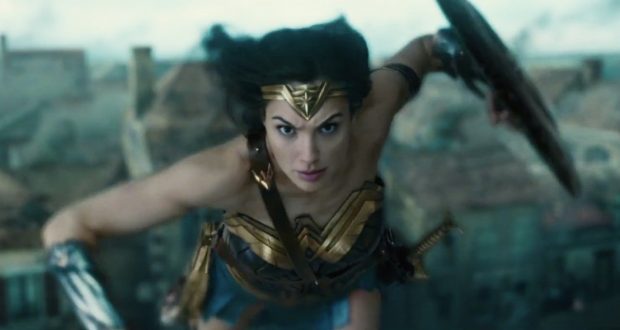 Imagine the scene. A Warner Bros. executive enters the room to talk to the producer. “Hey, I just finished the script for this Wonder Woman flick. Bit similar to the Marvel Thor films, isn’t it?” The producer looks up. “Well, yeah but that’s essentially the property. They’re both loosely based on mythology.” The executive pauses and then thinks aloud: “Hmmmm… We really need to carve ourselves a slice of this market with Wonder Woman. Marvel are caning us. I know! Rather than just ripping off Thor, we should rip off the first Captain America film. That was even more popular.”

And thus this chimera was born. There’s a lot riding on Wonder Woman in terms of female representation in this cock-fest of a genre. On top of that, Warner Bros. have to salvage some reputation given the critical panning of Batman vs Superman. Sure, that film made a heap of money, but it also cost an astronomical amount to make and saw a dramatic downturn in sales after the initial release. Those margins could be better and it seems bad word of mouth did cost the studio revenue. No one’s asking for Citizen Kane but a plot and characters might be nice, not to mention an action sequence that doesn’t prove nauseous. And what is the end result? Is this film any good? Depends what you are comparing it to.

This film wanted to be a Marvel movie so hard… it even has grossly underwhelming villains! 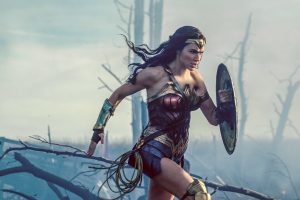 Compared to Batman vs Superman: Dawn of Justice (ugh… that title…), Wonder Woman is a professionally made film. It does not make my nose bleed or make me question what the hell I am doing with my life that I spend my time watching this dross. Compared to most other films? Pretty dumb, derivative of its main competitors, the CGI doesn’t look quite finished, and it devolves into meaningless action sequences. In other words, it is every bit a piece of rancid studio sewage as most other big productions. For Warner Bros., that’s progress. For the audience, it’s another innocuous way to waste a couple of hours as we all long for death.

Some people are heavily invested in the idea that this is some sort of feminist landmark so allow me to elucidate some of the basic issues of the film – none of which are disputable. Gal Gadot can’t act and she’s followed around by a spotlight to the left of the camera at all times which projects an angelic glow of soft lighting, no matter how incongruous to the scene or inconsistent with the rest of the lighting. After the laughable opening on Wonder Woman’s Amazonian island (where clichéd and arbitrary tropes roam freely and graze, only to never be seen again), she becomes an entirely token female whose actions are made largely irrelevant compared to Chris Pine’s sidekick by the close of the film. She ends up having a nonsensical superhuman slugfest at the close which has no bearing on ANYTHING else as the men actually save the day. I cannot say enough how much the plot becomes a point-by-point retread of Captain America: The First Avenger. It’s conspicuous how much they try to limit the use of Diana’s shield to not invite further comparisons, but she’s got an entourage of international soldiers and is running missions to stop a cabal of German baddies from unleashing a new superweapon in WWI, for god’s sake! 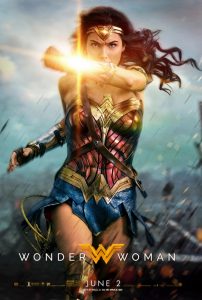 These points are the least interesting thing about Wonder Woman though. More important is the film’s context. Is Wonder Woman heralding a new era of representation and inclusivity? I don’t know. They’ll keep making superhero films with female leads if this one makes money. The studio do not care about representation, they care about money. Should our low-brow blockbusters be inclusive in the first place? Of course. Just because it isn’t high art doesn’t mean it shouldn’t represent a general and diverse audience. However, we must not let surface representation inoculate the fact that Wonder Woman is made pretty irrelevant in her own film, and her presence is pretty tokenistic once we leave her homeland. And it certainly should not blunt criticism that this film is not very good.

This is not the worst film I have seen this year. Not even close. Wonder Woman is precisely as bad as most dumb blockbusters. I won’t besmirch feminism by calling that progress. This is not quality film-making and I hope no one is proud that they made it. By the same token, I hope Wonder Woman does at least modestly well because if not this film will be used as an excuse to marginalise female-led blockbusters in years to come. But don’t mistake that for a recommendation.

Verdict: You as an audience deserve better, and so does Wonder Woman.

Previous: Damnation by Peter McLean: You’re about as deep as a puddle of piss
Next: River of Teeth by Sarah Gailey: Always have a backup plan