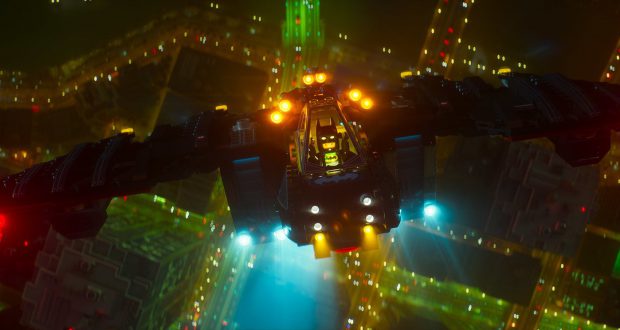 What a nice and refreshing change from the usual superhero fare. I am not simply referring to the novelty of having a world made out of plastic bricks (though that remains fun) but rather The LEGO Batman Movie has a far more humorous and, by extension, sophisticated angle on all this superhero stuff. It is films like this that make the bloated and hideous monstrosities like Suicide Squad and Batman vs Superman appear all the more contemptible.

This film is, fundamentally, funny. The over-serious tone of a character originally designed to entertain children is the meat of the humour and character arcs. In this sense there’s a wonderful unity of theme and content. The plot as it stands is simple but compared to the dross we are often presented, it’s a breath of fresh air and a suitable structure on which to hang the jokes. The fact that this is a film in which the characters have clearly defined motivations and their actions are resolved in a way that makes sense puts it leagues ahead of some of the shoddy scripts we’ve had inflicted upon us.

LEGO Batman understands and does not underestimate its audience

Right off the bat (sorry), you’ll notice that The LEGO Batman Movie makes some basic assumptions about the audience: a) that they are willing to accept a world full of superheroes and villains; b) that they do not need the logistical minutiae of how this all came about explained to them, c) that they want to see other superhero films joyously and wilfully mocked. To someone with no interest in capes, this is an amusing and energetic adventure film. To the superhero literate, this is wonderfully irreverent and treats them with a degree of respect lacking in the idiot-pandering movies that tend to get churned out. To Batman and DC aficionados, there are a rewarding number of dense references to round it all out.

Will Arnett once again proves his adeptness as Batman, easily the superior of a lot of the recent incarnations. I like that the film whole-heartedly embraces the lore. There are no qualms with including Robin in the film, plus Alfred and Barbara Gordon are major characters (if not co-protagonists). Naturally, the LEGO aesthetic makes it easier to adopt the goofy and cartoonish renditions of the villains rather than drab ‘realistic’ versions. The opening actually kicks off with a gauntlet of baddies and goes out of the way to find the daftest ones who were never going to make it into the Christopher Nolan films (Calendar Man! Catman! Crazy Quilt!). It reminds you that Batman can actually be fun.

If I call it ‘wholesome family entertainment’, I am not saying so with contemptuous irony 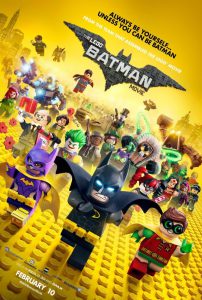 I’m not sure the film quite has the heart of The LEGO Movie but it’s slightly sharper-edged in that it is an overt genre parody. LEGO Batman is a little akin to Shrek in that way, though considerably less bitter. But it’s entitled to be different to the original and though a fitting successor to the 2014 hit has its own identity. I certainly can’t fault it on its humour – I laughed repeatedly and heartily.

If there’s one fly in the ointment, it’s that The LEGO Batman Movie does indulge in cloying pop music for its set pieces. Oh, these are ironised and foregrounded by jokes about playing well to parents and studio executives for being family friendly but I still have to sit through them. Maybe I am just too old to appreciate them… I suppose I was sat in a room full of children.

Verdict: A fun film and one with a better grasp of comic book characters than a lot of its peers.