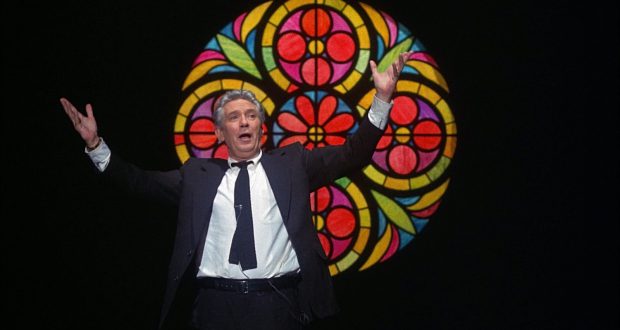 No matter what the subject or how affecting the lessons were, humanity never learns from mistakes of the past. Sidney Lumet’s 1976 masterpiece could easily have been made in 2017. Watching Network post-Trump feels like a particularly cynical (though accurate) look at the media, particularly the news media. The news is like any other network television show – it needs ratings. And the generation lapping it up trusts the television news implicitly. Sound familiar?

The film is presented as a ‘retelling’ of facts; like a TV documentary on the making of TV. But this is done subtly, hardly recognisable for those of us used to the obvious and unskilled usage we see in modern media. The voice-over narration is intermittent and laced with the authority many associate with newsreaders. So as the film sets itself up as an authentic and thorough account of events, it simultaneously encourages the viewer to question everything – nothing is what it seems.

But I do wonder, is the insightful and relevant message of Network too subtle for today’s audiences, dumbed down with the very ‘shit’ these networks have been feeding us for decades? 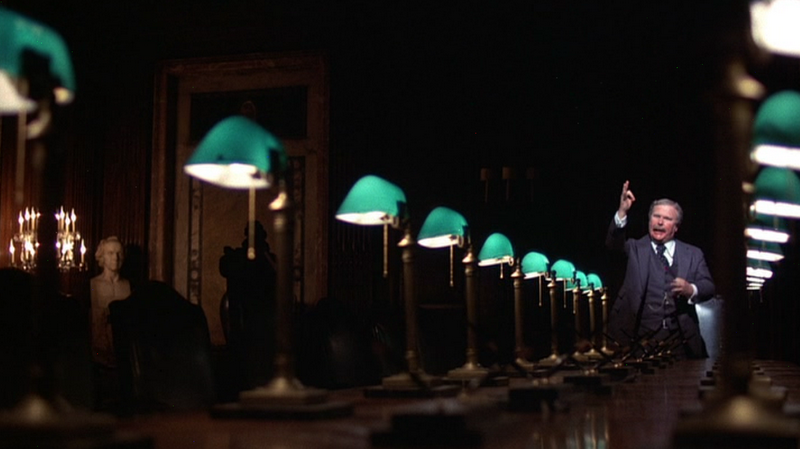 The business of soliciting audiences

Many commentators have noted the amount of time television media devoted to coverage of Donald Trump in the presidential campaign, lamenting this as an instrumental aspect of his election win. Whether or not their thesis is correct, I have to wonder at their surprise. It is hardly news that sensationalism wins viewers or readers, and that those who create and curate content spend their lives soliciting an audience. We like to say that the news is about journalistic integrity and uncovering the truth, but we should know better. As Howard Beale tells his rapt audience, ‘We’ll tell you any shit you want to hear.’

‘We’re in the boredom-killing industry.’ 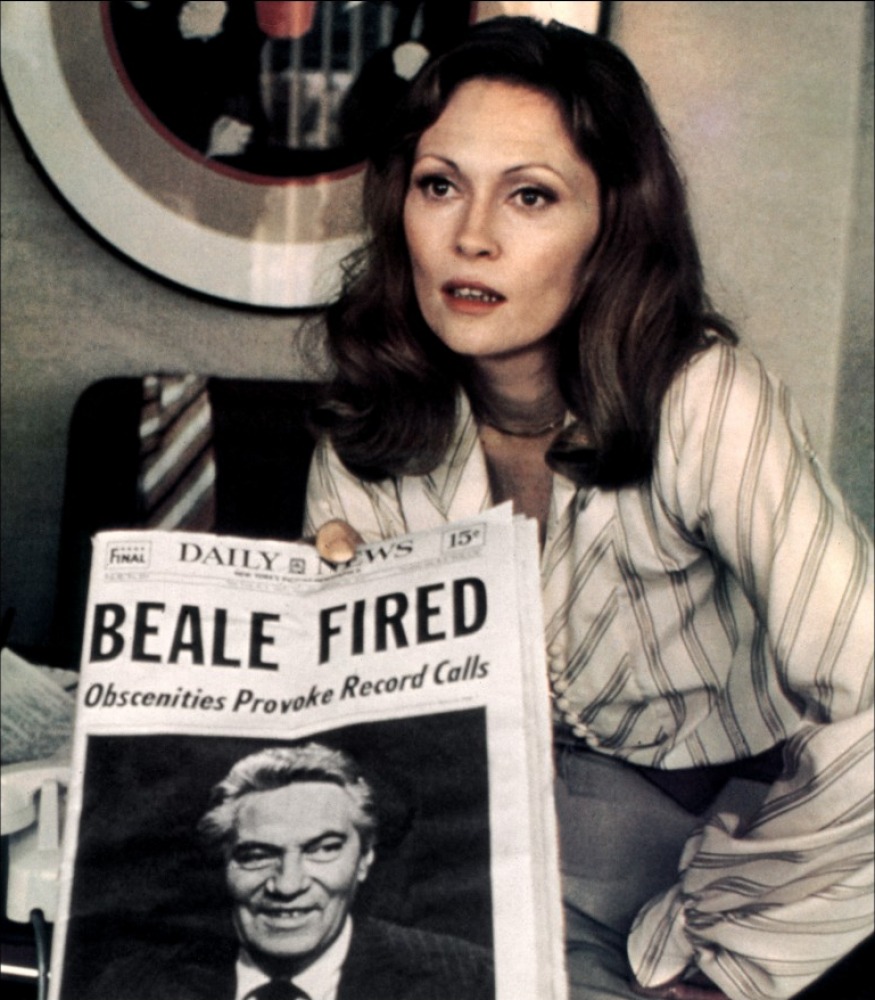 The businessman in charge of the network tells his mad prophet that democracy is dying, it has been usurped by business. Gone are the days where nationalities or ideologies drove us, corporations rule our societal directions now. And what is it that drives business? Money. In television, this equates to ratings. When the network uses Howard Beale’s (Peter Finch) potential mental breakdown as a means to increasing their ratings, it is an entirely believable step for them to take.

But the film doesn’t stop there. The brilliant new head of programming, Diana Christensen (Faye Dunaway), is inspired by the way that obscenity and controversial programming has struck a chord with viewers and takes it one step further – Diana sets up a series featuring ‘authentic acts of political terrorism’. The terrorists begin filming their own actions, which the network uses as the foundation of a new series. It is outrageous and brilliant, and far too true to reality. Like Trump, the media spends far too much time devoted to acts of terrorism – the violence and the audience’s abhorrence leads to excellent ratings. And so terrorism benefits from our news media whoring itself to the masses. 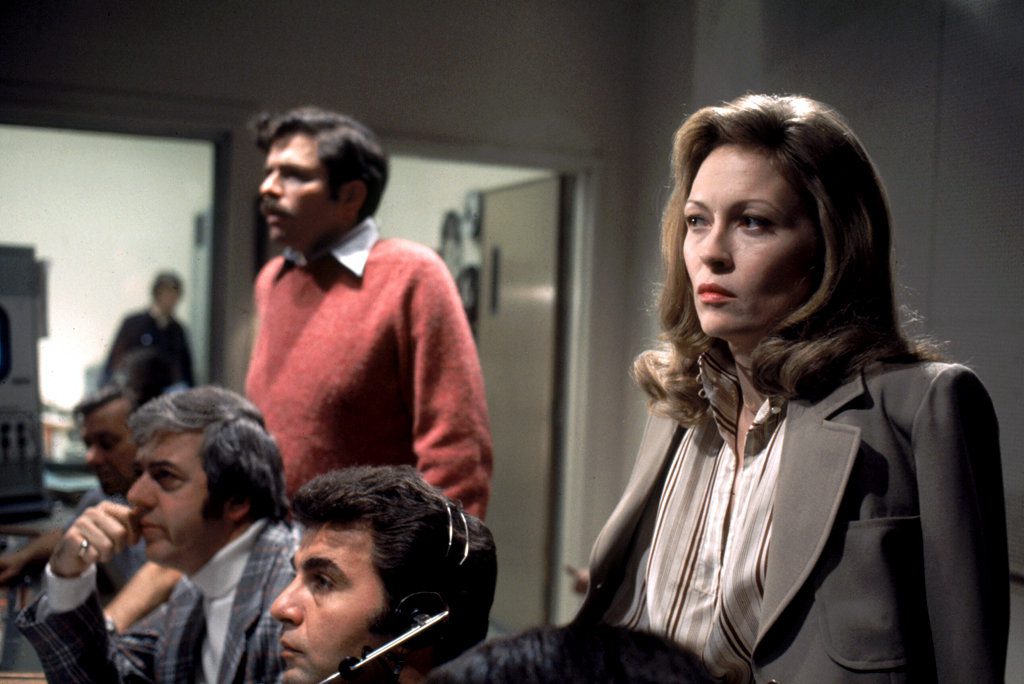 Beale’s disgraced newsreader might be a false angry prophet, but his purpose is pure and necessary. We need someone like him today. Having ‘run out of bullshit’, Beale begins shedding light on what he sees as the problems of his time. He is no longer bound by a sense of what is appropriate or what the network executives will allow him to say. Whatever comes to his mind, he will express it. His rage and emotional honesty understandably resonates with the public. As Diana notes, ‘The American people want someone to articulate their rage for them.’

What makes Beale such a necessary figure though is not his rage, but his call to arms. He rouses the public, encouraging them to take a stand. Get mad and make a difference. It is all very well for us to recognise these problems, but are we letting them continue? Have we really got mad enough to make a difference? After all, Trump is arguably an angry prophet and it worked for him. Sadly, his prophecies are of the corporation future. We need a prophet in favour of democracy, freedom, and education.

Previous: The Ninth Rain by Jen Williams
Next: Ghost in the Shell: Maybe next time you can design me better