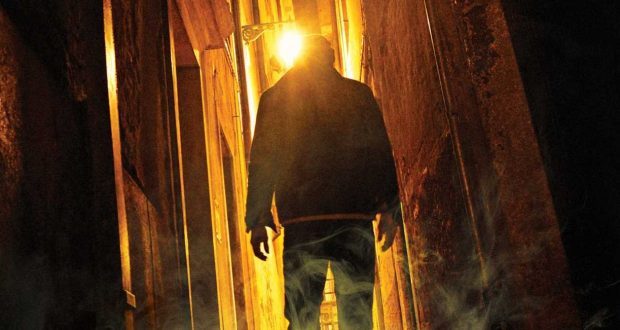 The premise of this short story collection is a winner. Take some of the bestselling urban fantasy writers and have them write stories focusing on their villains. Who doesn’t love a villain? Most of the time, I find villains more interesting than heroes. As such, I couldn’t wait to sink my teeth into Urban Enemies

So imagine my disappointment when most of the stories were hell-bent on giving the villains of the tales traditional hero narratives. Where were the badasses causing mayhem and murder? Ok, so there was plenty of murder, but there was far too much time spent on ‘why’ they were bad, making excuses for these characters. They try to humanise the villains, explaining away their bad behaviour as though their life experiences meant they had no choice but to become villains. Many of the stories in these collections are ‘back stories’ for well-known villains in their urban fantasy worlds that are sob stories created to make us feel sorry for these nasty pieces of work. I don’t want to feel sorry for the villains, I want to revel in their evil! (Surely I can’t be the only one who feels this way?)

‘There was no amount of good he could accomplish that would wash his soul clean.’ 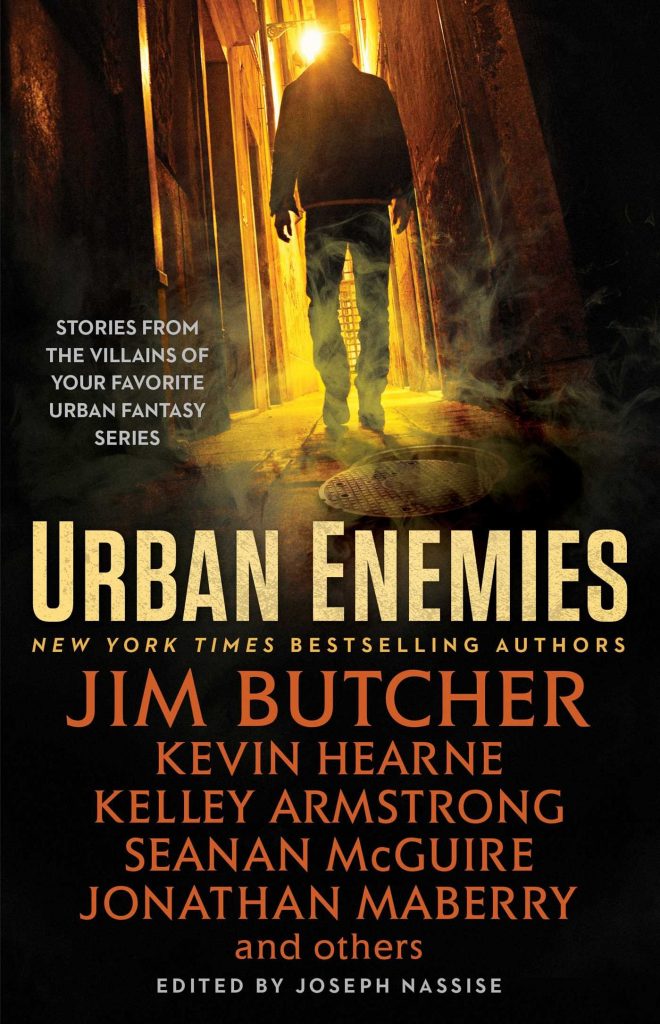 No beating around the bush: I am a snob. When it comes to the books I like, the quality of the prose is my top priority. I don’t mean flowery, long-winded prose, but simply good quality sentences, descriptions, structure, so on. I am constantly disappointed by the quality of writing in bestselling novels and Urban Enemies was no exception. Too often I found myself cringing or rolling my eyes at the clunky exposition dumps.

Not only was the prose, in general, lackluster, I found that most of the stories didn’t work as short stories. I’m all for setting a standalone short story within an existing universe, but it needs to work as its own entity as well as a bonus for fans of the original series/setting. These stories, for the most part, don’t. Not only that, it is obvious these writers are not known for their short stories. Writing a short story is very different to writing a novel – you need to grip the reader immediately and show them why this particular nugget is worthy of their time. Almost all of these stories felt like an additional chapter of a novel, or at best, a bonus story that belongs on a Patreon feed, not in a short story anthology.
Other general complaints include:

That’s not to say that there was nothing worthy of note in the collection. But the gems were certainly hidden among thick and sticky muck. One of my favourite things about short story collections is discovering new writers I’d never heard of. In Urban Enemies, I fell in love with Kelley Armstrong and her story ‘Hounded’. This story was very different from the others, with a distinct voice and interesting lore. Armstrong’s villain was given the space to truly be villainous while also having a character arc that both intrigued me as a reader and made sense in the context of his personality.

It was no surprise that I enjoyed Seanan McGuire’s entry, ‘Balance’. I’m a huge fan of her Wayward Children series of novellas. This was a very different piece, but I thoroughly enjoyed it. Occasionally it drifted into expositing information about the world, but it was kept to a minimum. Again, the villain was allowed to be villainous and she had a distinct voice.

Caitlin Kittredge is another name I had not come across before. Her entry is a 1930s noir PI style story, ‘The Resurrectionist’. Kittredge plays with common tropes around zombies and necromancers and completely turns it on its head. It’s great fun and took me entirely by surprise.

‘I will always remember the first time I tasted a sacrifice.’

Urban Enemies feels like a miscalculation. A nice idea on paper, but in practice, it falls flat. Too many of these short stories relied too heavily on readers being familiar with the worlds in which they are set and the timeline/characters involved. Those kinds of stories do have their place, but they don’t work as an anthology.

Verdict: I suggest giving this one a miss unless you’re happy to purchase the whole thing for that one bonus story from your favourite urban fantasy novel.

Previous: In This Corner of the World: A bygone era
Next: The art of the trailer: Star Wars trailers over the years