Home / Film / The Limehouse Golem: Madness has its own logic 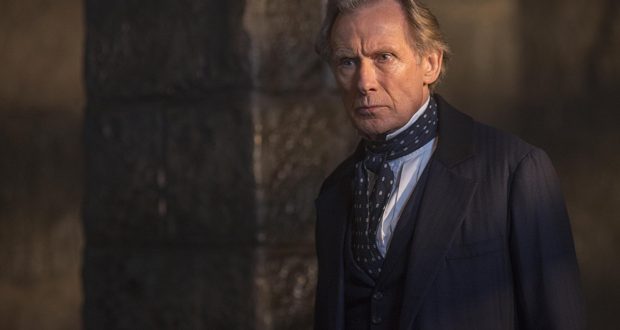 The Limehouse Golem: Madness has its own logic

Now this was certainly an odd one. I saw the trailer for The Limehouse Golem and was not anticipating much. Just a blazé Jack the Ripper knock off with some decent names and overly moody lighting. However, having left the cinema, I was puzzled by the fact that this unapologetically camp and grizzly tale might actually have been good and overcome my resistance. It was indeed touch and go for a while: I wasn’t sure just how intentionally deconstructive and self-aware the film was being with the genre of the bloody Victorian murder mystery. Suffice to say, when I saw writer Jane Goldman’s name in the credits, I realised I needed to give the film all due credit.

The plot follows Inspector Kildare (Bill Nighy), who has been set up as a patsy to take the fall for not solving the ostensibly unsolvable murder attributed to the tabloid-dubbed Limehouse Golem. Simultaneous to this, he becomes obsessed with preventing the conviction and hanging of a young woman and music hall darling called Lizzie Cree (Olivia Cooke). Could these two cases in fact be interlinked? 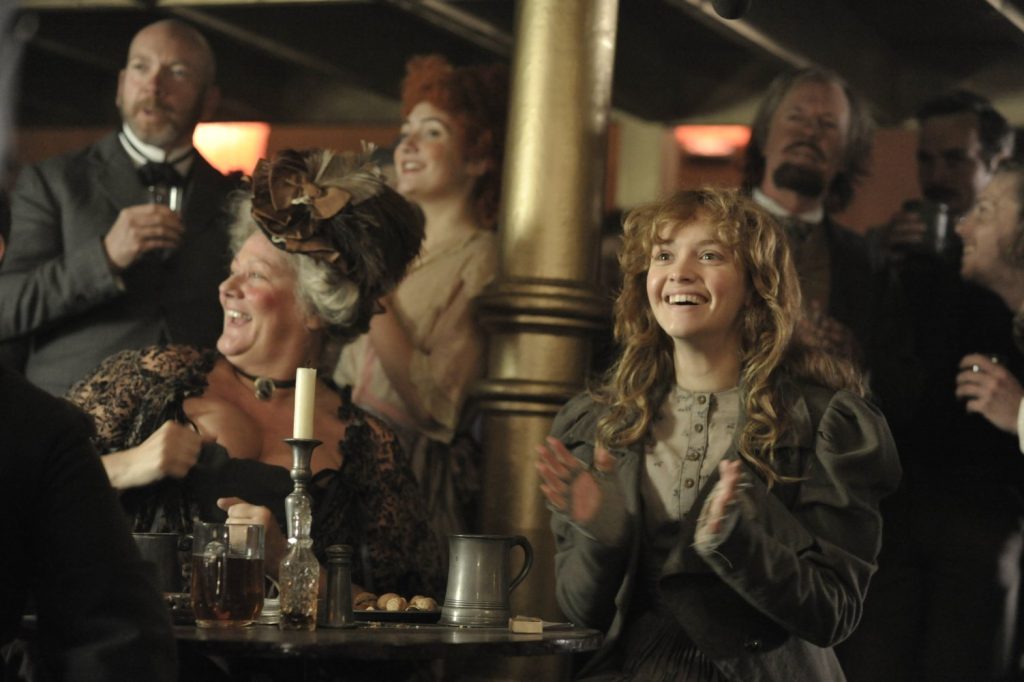 There’s a trend with a certain sort of period drama to just regurgitate the sickening conservative sensibilities of a prior age. To look back with uncritical nostalgia to when things were ‘simpler’. The Limehouse Golem kicks right off with surprisingly graphic corpse mutilation, and populates its Victorian London with all the closeted police officers, unfulfilled lesbians, discreet masochists, adulteresses, paedophiles and transvestites who usually get swept under the carpet. It’s marvellously lurid and unrestrained. Kildare, by his nature a restrained and quiet character, does get somewhat drowned out consequently, but he still a solid point of view character.

One of the central appeals of this is surely the period details. The investigation into the Golem is framed around several high profile suspects from the era: Karl Marx, musical hall superstar Dan Leno, and literary figurehead George Gissing. The book on which this is based was written by no less than the biographer of London and acclaimed writer Peter Ackroyd. Given his rich treatment of the topic in his works, it’s no wonder the film has a preponderance for dissecting the hypocrisies of Victorian society and it’s on these points that the film really succeeds. The Limehouse Golem is furthermore stridently progressive and feminist in its outlook. One point on which the film does disappoint though is on the promise of these big personalities – ultimately having a dense investigation into the impact of those big names of the era is not what this film wants to be. It has plenty of merits besides but that potential at least is squandered. 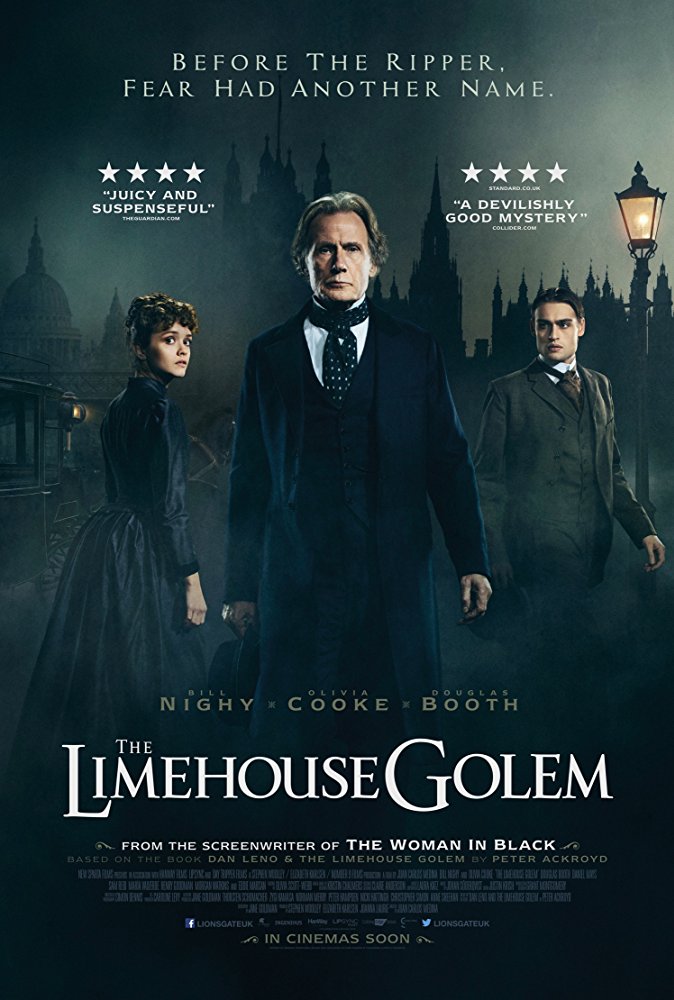 In fact, the plot itself becomes a weaker element but it never undermines the film. The police procedural is a formulaic affair and most will probably solve the mystery long before the investigators. That does not undermine the film though, as the plot is just an excuse to explore and depict this world of eccentric music hall performers, licentious dysfunctional marriages and really quite extreme violence. The film is not frequently gory but the implied and depicted violence is pretty full-on. I was impressed.

I can see that the eventual lack of emphasis on the plot could be displeasing to some. The Limehouse Golem is an unashamedly camp affair too which may do the same to others. But frankly, I much prefer it focussing on its world, its characters (all very well performed and Douglas Booth’s Dan Leno is the first time I have been thoroughly impressed by the actor), and the mad tapestry of themes than on a by-the-numbers whodunnit.

Verdict: The Limehouse Golem was a surprising and rather wicked delight.

Previous: The Dark Tower: Try better next time
Next: Judge Anderson: Year One