Home / Comment / Doctor Who: Trust Them, They’re The Doctors 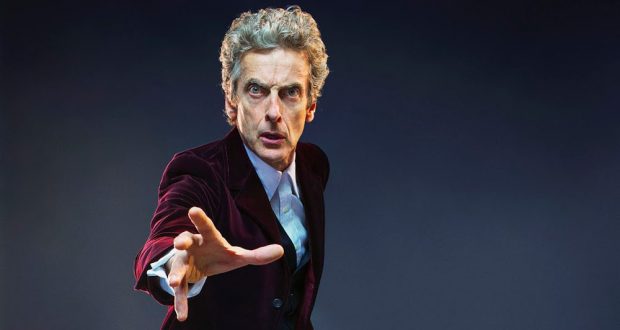 Who (no pun intended) is looking forward to the Doctor Who Christmas special ‘Twice Upon A Time’ where Jodie Whittaker debuts as the new Doctor? If you are, raise your hands and fists in celebration!

Ah now, who’s actually looking forward to the first 55 minutes of that special? Where Peter Capaldi and David Bradley as the First Doctor lark about with, of all the Doctor’s recent groupies, Mark Gatiss (previously Lazarus, yet to be resurrected as someone else), in some sort of no time’s land?

And what about that end of the preview, when Bill was teased as coming back?!

If you kept your hands up for all three, odds are you’re in for a treat. Over at Who Back When, the podcast on which I’m but one of many co-hosts, we’ve coincidentally just completed David Tennant’s run and embarked on Matt Smith’s first adventures, so change is in the air in every time-stream and we couldn’t be more thrilled. Yet in contemplating the upcoming episode, my hand did dip once, and not just because I’m busy typing. For a number of complex reasons I intend to make clear, I contend that Peter Capaldi won’t get the great send-off he deserves this Christmas, that actually he’s been hamstrung almost from the start – and that this is important for Jodie Whittaker and the programme’s future.

Let’s start with a précis of Capaldi’s run, recounting his beginning and situating him in relation to his predecessors.

Doctors’ handovers are always at least as much about the incoming actor as the previous one’s goodbye, though we never see the next incarnation properly in action until months later. And on his way in, replacing Matt Smith, Capaldi was given the keys to the kingdom with the greatest fanfare. Lest we forget, his casting was revealed at the end of his own half-hour special: Doctor Who Live, broadcast worldwide in August 2013 to great excitement, an honour Jodie never got (instead her unmasking was used as a ploy to boost the BBC’s Wimbledon ratings, which one might legitimately question; did the BBC fear booing from a studio audience?). Plus his ‘attack eyebrows’ had already titillated us in the 50th anniversary special. So far, so much in his favour. 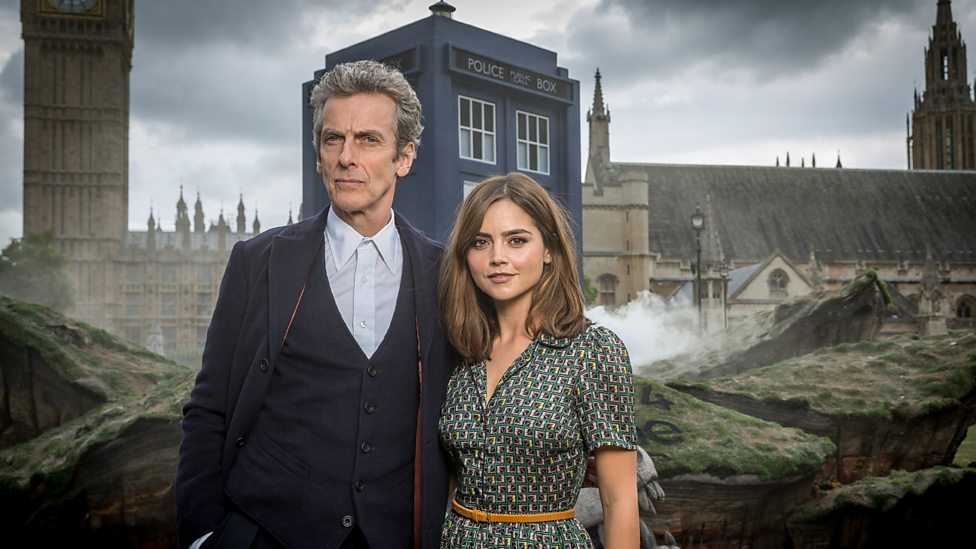 Today he stands as a placeholder, an underwhelming run drawn out by his Doctor resisting a regeneration that with its sheer cultural moment will surpass anything he’s been able to achieve. How then did he end up overshadowed by events converging from all points of the temporal compass: Timey, Wimey, Wibbly, and Wobbly? (Although if you’re hoping this article’s purpose is a lame-pun identification of a female Doctor as Wobbly you’d best find another.)

Even at Twelve’s bright start, there were opposing forces at work too. Let’s compare our two Scottish Doctors of recent times: both the second (and latter) in their respective showrunner’s reign. Tennant arrived after just one year of Ecclestone and RTD; he was quickly able to stamp his Converse all over the show, outdoing his forerunner in terms of ratings, duration, and catchphrases. Capaldi meanwhile had to follow in the giant footsteps of many a fan’s favourite, Matt Smith, and in the shadow of the second pinnacle of the show’s ‘New’ era: the hoopla surrounding the 50th anniversary. For the first time since the show was revived in 2005, a new Doctor wouldn’t herald an era bigger and more fantastic than the one before (Doctor Who Live aside). Fan reaction was split too: some praised a potential return to the show’s curmudgeonly-old-man origins or welcomed a little diversion after two young iterations (my personal take), while others were horrified at the sight of peppy puppy par excellence Matt Smith being supplanted by this careworn old codger. What’s more, this old man’s appointment flew in the face of gathering calls for a Time Lady to take the helm. How, then, to win over the doubters?

Wait, there’s still more space dust on here. When Capaldi arrived, Jenna Coleman as Clara was entering her second year. So far, so Rose – but Clara wasn’t to have the romance that Billie Piper built with Tennant. Instead, we witnessed her alienation for much of that first Capaldi series, as he played hard alien and she wrestled with loyalties split between him and Danny Pink. Plus, she had her own continuing mystery stemming from her own multiple introductions to Smith, all of which positioned her as more of a co-lead than practically any previous companion – and then she stayed on into series 9 as well. This second series of Capaldi’s (in my opinion, the strongest, followed by 10, then 8) climaxed with Clara’s departure, biologically time-looped in her own TARDIS-shaped like an American diner. Clara’s face is the last you see in that series; her diner TARDIS wheels off through space (a horrendous image) a second or two after the Doctor’s. 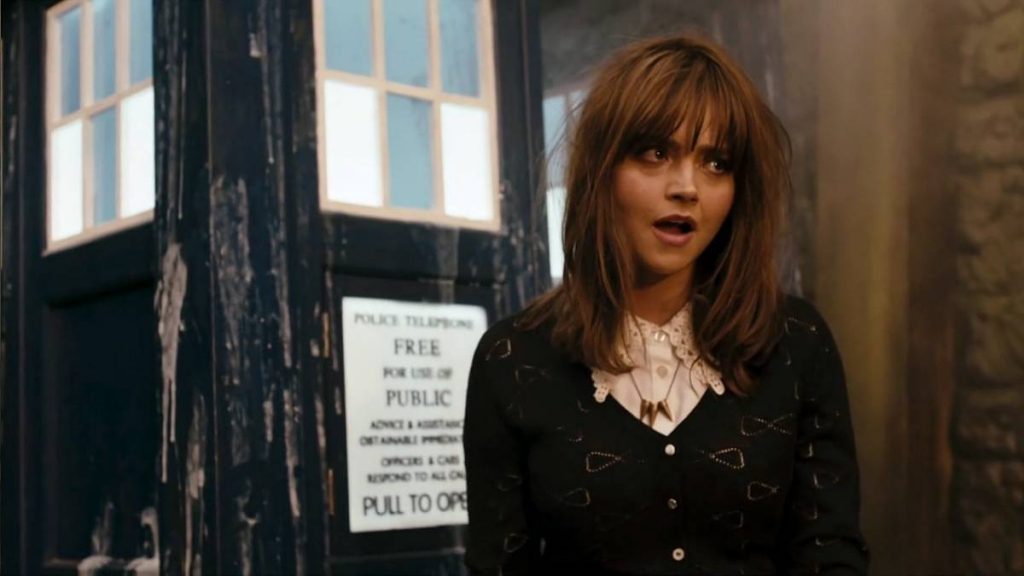 My concern here (besides the sight of that space-bound Waffle House) is not the amount of screen time given to a woman, nor her importance – which is lucky for me as I hope to remain a fan of the series for years to come. The show needed strong women beside the Doctor; Clara’s central role was necessary. For one thing, Steven Moffat, showrunner since RTD, and also of Sherlock, has been widely criticized for his writing of women, and I get why. Even in Moffat’s first great episode The Girl In The Fireplace, Mme du Pompadour was mostly on screen just to be called brilliant by the Doctor, gossiping as often as being clever, and that’s still up there in many fans’ top few. Then he said in 2013 following Capaldi’s casting that ‘It didn’t feel right’ for the Twelfth Doctor to be portrayed by a woman, which earned him some bitter and enduring animosity.

At the same time, I think Moffat’s due some credit since after each round of criticism he’s elevated ladies in the show. Women writers have been brought back in after many years’ exile (at least, this is what the credits suggest). Alex Kingston as River Song tore up time and space; the Master returned as Missy, played psychopathically by Michelle Gomez to great acclaim. In ‘Hell Bent’, while the Doctor remained a man, a woman was revealed to be responsible for his entire history; concurrently, a white male Time Lord regenerated into a black female. Contemporary criticism of making Clara the Doctor’s guardian angel and in the end subordinating her life purpose to his carried some validity, but with Jodie Whittaker’s incarnation the unhealthy gender dynamics in that relationship can now be at least dampened, if not retconned away. Albeit the central concern and longing of many, a female Doctor, hadn’t yet been realized, to some degree surely women integral to events did appear, women whose arcs began to rival those of the Doctor himself in scope and fascination. Was it enough to keep most fans happy?

Return to the Wilderness

Perhaps it could have been, but it was also at this post-Clara juncture that we learned there wouldn’t be a new series in 2016, not even half of one. Just as Capaldi seemed set to kick on, his devotees were thrown into a frustrated limbo as the Doctor made the most of his last night with River and forgot about Earth for a full planetary orbit, viewers’ longest wait since the ‘Wilderness Years’ off the air from 1989 to 2005. Ultimately, 2016 would present us with merely a single Christmas special, the (surely we can agree unsatisfying and ill-advised?) comic book crossover ‘The Return of Doctor Mysterio’. 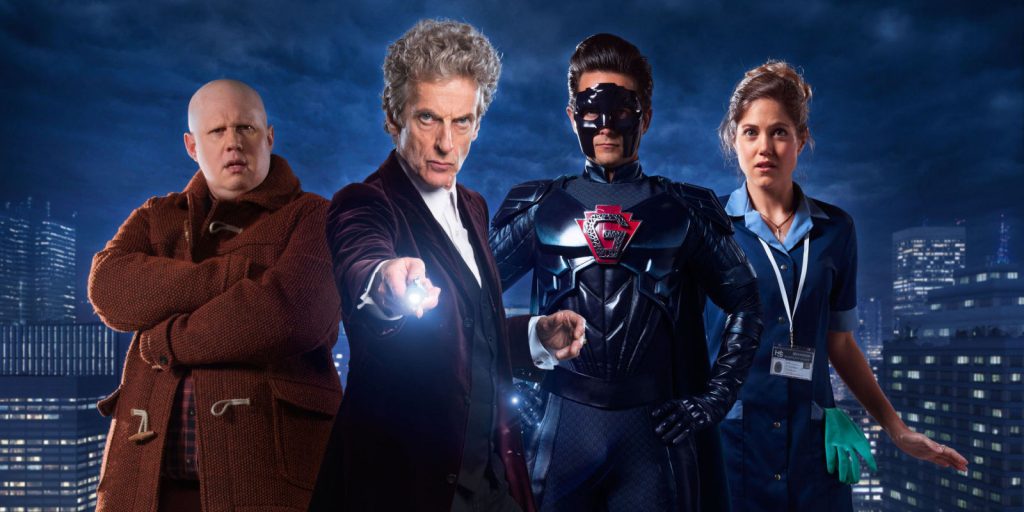 Which brings us practically to the present. Further comparisons between our two Scots Docs on their outgoing are inevitable. Tennant (and RTD) gave us an object lesson in how not to go about it, their farewell tour lasting a full 18 months, drawn out over a series of seasonal specials that varied wildly in quality and barely kept the community’s hunger at bay. Ten said he didn’t want to go, but on our podcast, we were as much relieved to be shot of him as we were excited about Eleven’s entrance and the show at last moving forward again. And crucially, back in 2010 it did, at pace, Smith hurtling into Amy Pond’s garden just 3 months after Tennant’s New Year curtain call.

Compare Capaldi’s predicament. The way the BBC hype machine operates nowadays, and the three-series-and-some-extras rhythm of a modern Doctor’s stint, has meant we’ve known since January he’s on his way out. Back after 16 months since the last episode we cared to remember, he got one quick series, which following his announcement already felt like marking time; then we settled in for another 6 months to wait until he left; now halfway through that temporal gulf, we’re impatiently anticipating his successor. This hoary-haired Doctor whom last we left with his fists balled in the snow will have been buffeted by winter’s winds for a full 2 years by the time he’s gone – that’s as long as his initial vitality lasted. Imagine Twelve’s 4-year term as that of a US president and right now he’s a full-on lame duck, running out the clock. Ratings for series 10 fell to levels not seen since the 1980s. There must be some out there, potentially even in BBC Broadcasting House, who can’t wait for his exit, so we can all move on to bigger and better things.

Recall the fervour with which Capaldi’s arrival was proclaimed and it seems like a sad end for a fine actor. Or am I over-concerned? Just watch that preview again, and what he stands to be a part of in his final episode! But regardless of these thrills to come, these promises of sweetly pushing our every last fan button, I reckon tidying the Twelfth Doctor away, as but one element of a final festive special loaded with all the trimmings, brings its own risks. The show has lessons to learn, and quickly, and I fear ‘Twice Upon A Time’ in its bid for resurgence may miss the point entirely. I’ll explain how in part 2 of this article next week.

Previous: Star Trek Discovery: To blandly go…
Next: Under the Pendulum Sun by Jeannette Ng