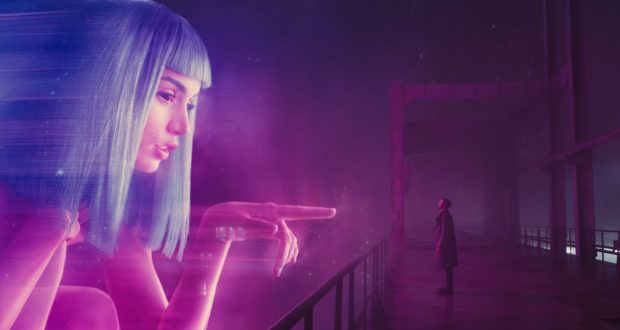 I went on a journey with Blade Runner 2049. As it started, I thought this uncalled-for sequel might hold some promise. Then I revised that to think it was competent but ultimately unnecessary. Then I had a growing sense of dread as the quality continued to plummet. By the end, I was begging for mercy. I was bored, tired and frustrated. Blade Runner 2049 looks to be a film that thinks it can plaster over its hollow corporate vacuity with ponderous sequences. I am not fooled. It is a little more than an overlong high-budget fan-fiction and it does not deserve to exist.

Let’s give the film its due first. I was on board at the beginning. This is in no small part due to the visuals which remain immaculate. 2049 ranges much more widely than its predecessor and each environment is differentiated excellently on screen. We get a consistent theme of the interplay of geometric shapes but in LA this is glimpsed through pelting rain and fog as the buildings jut up from the sprawl, in the wastes a sequence of domes lies nestled amongst the detritus in flat grey light, and in Wallace’s base everything is glimpsed through undulating yellow tones that throw the scenes into a kind of jaundiced chiaroscuro. Coupled with an ominous sound design that pays clear homage to the Vangelis original, I have no complaints about the quality of the production design.

A well-crafted knock-off is still a knock-off 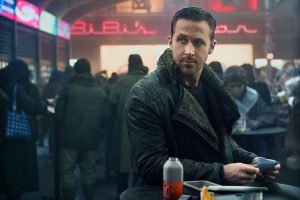 I was worried at first that my main criticism of the film would be overly subjective. By which I mean, I was approaching as an established fan of the original film and a Philip K Dick enthusiast, therefore entered with a notion of what a Blade Runner sequel should be. As I enjoyed the start, I was concerned that the jump in time had been used to inappropriately introduce sleek new technologies. The original was about a dilapidated future, a world left to the force of entropy, yet this sequel introduced smooth new gadgets of a distinctly Apple flavour and cool sterile environments that upset the pervasive grottiness that should go unchallenged. Progress is not an undercurrent I feel works in this setting. But this very niche criticism became dwarfed by the stunning realisation that Blade Runner 2049 does not understand or respect its source material. For all its high-budget swagger, this emulation is skin-deep: a façade masking a dull and bloated mess.

It is the same old story. This film was not made with legitimate artistic aspirations, it’s a cynical exercise in pandering to nostalgia rather than bringing anything new to the table. Blade Runner was a narratively simple film about an investigation that allowed the characters to confront the idea of the febrility of their identity and existence. In this new film, the stakes have escalated because the consequences of the original’s plot have spun out to epic proportions. No longer was Deckard’s investigation just one more job going on in the murky ruins of LA, it was the final piece in some grand puzzle that will overturn civilisation. So of course, from promising beginnings we become mired in endless call-backs and an inability for the film to establish any purpose or identity of its own. 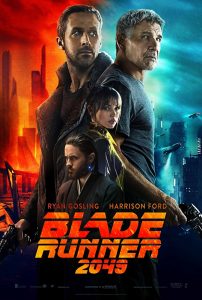 And these loathsome call-backs bulk out what is already an unduly long film. 2049 will age you visibly. The original Blade Runner was a slow film but this was appropriate to its story. There are vast irrelevant sections in 2049 and these pointless digressions simply run and run and run. There is an entire arc about the protagonist’s holographic girlfriend that seems like it is running in thematic parallel to the main theme of synthetic life seeking an identity of its own. But no. We have time lavished on this character who amounts to no more than an objectified sex doll. Allusions to ironising this, and several other elements, never come to fruition. Added to this, Deckard has no reason to return nor does this film need to embellish the events of Blade Runner. By the time I was ready to leave the cinema, they hadn’t even reached the point where Harrison Ford is dusted off and the legacy of the original further mutilated for a protracted third act. For the many MANY interstitial sequences, it might look stylish to see Ryan Gosling walk cautiously through another atmospherically lit environment but I have no desire to spend hours of my life seeing this again and again. Regrettably, these become the periods I look back on most kindly because the silent ambulation at least meant I wasn’t engaged with the crass plot.

This film is simply an aberration. I’d like to compare to this year’s T2: Trainspotting. That too was an unwarranted sequel but it emerged that the film could continue the development of the characters, had something to say about our culture, reflected on its predecessor, and ultimately told a new story. This does not happen here. Ironically for a film about replicants, Blade Runner 2049 is a hollow facsimile of a real entity. It mistakes the ability to craft bigger corporate ziggurats, elaborate action sequences, and tiresome masturbation of the source material as a worthy continuation of this property. You can hear the studio exec demanding everything be bigger with more explosions and nudity. The original was a subtle and atmospheric film noir set in a broken future. 2049 is a flat and vapid product of a broken film industry with no new ideas.

Verdict: You will not get this time back. Don’t bother.

Previous: Doctor Who: No longer Time Lord of the manor
Next: Female friendship on Ally McBeal