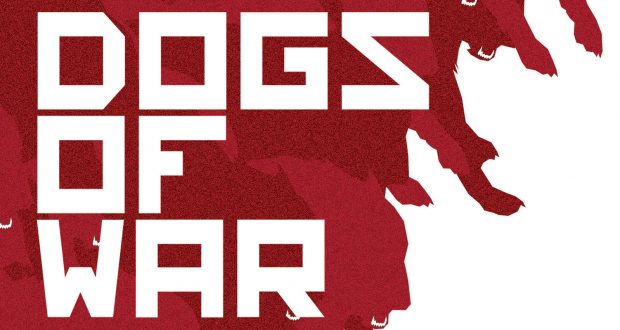 Tchaikovsky really excels at finding interesting ways to comment on society through the use of animals in science fiction and fantasy settings. In his Echoes of the Fall series, each group is a different animal and exhibits particular social traits based on those they display in the animal kingdom. In Children of Time, we are drawn along by a spider-kind civil rights movement, where the male of the species attempts to gain equal footing with the women. In his most recent novel, Dogs of War, again readers are provided with a unique view on our social structures through the lens of the animal kingdom.

There are so many inventive ideas on display in this novel that in the hands of a lesser author it would have been far too much. Instead, Tchaikovsky keeps the central focus on a primary technological idea – the bioform dogs – with all other ideas milling about on the periphery. They are given enough ‘screen time’ to elaborate the basic functions, but he never loses sight of the main premise and plot. 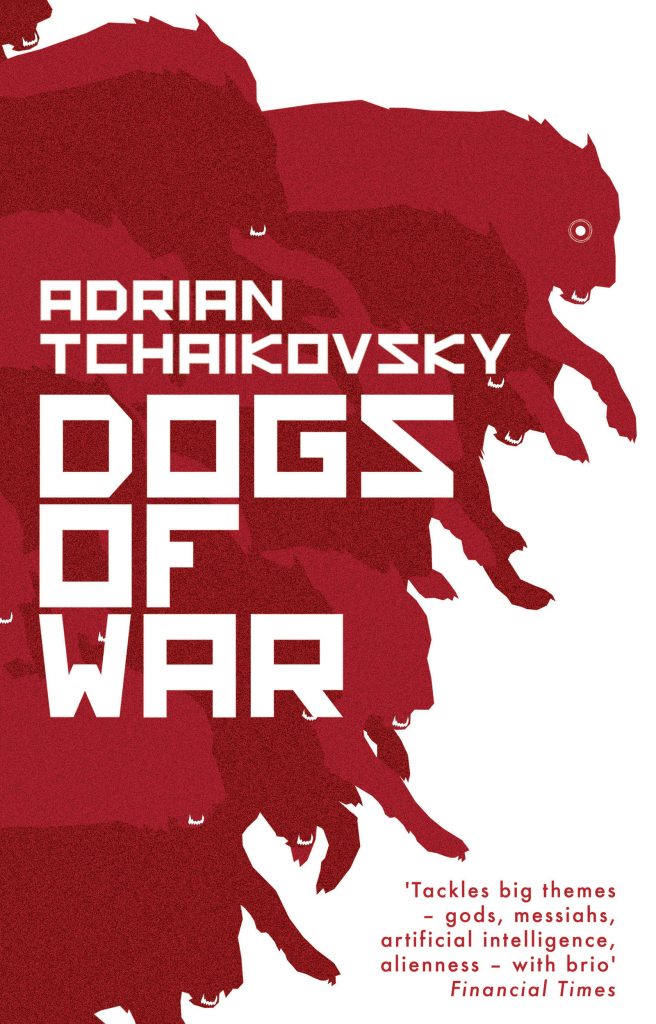 For the most part, the novel follows the story of Rex. Rex is a bioform – a humanoid creature built from dog DNA. Why a dog? They’re loyal, they follow orders, they’re strong, and have great senses (smell, hearing, etc). Rex is the perfect soldier… until his hierarchical programme is removed and he is set free.

What does a hybrid creature do once its sole purpose is stripped and he may think for himself? What does it mean to be a good dog when you no longer have a master?

What I have always loved about science fiction is its ability to dig into social constructs, ethical questions, and generally present philosophical arguments without preaching or being too reductive. That is exactly what Dogs of War does. Some of the philosophical questions that are asked are relatively familiar in the world of SF, for example, what rights does a man-made creature have even if it does have a mind of its own (Melinda Snodgrass’ Star Trek: The Next Generation episode ‘The Measure of a Man’, anyone?). It makes readers ponder the ethical questions surrounding technological implants and the advancement of our species, and more.

I have always found that people respond to philosophical ponderings better when they are presented in new and different ways. As such, I think Dogs of War works very well. Much of the novel is written from Rex’s perspective. But Rex is, essentially, a dog. He has a very limited idea of right and wrong, and when it comes to determining what morality means to him, Tchaikovsky is able to explore a lot of ethical ideas we tend to take for granted. 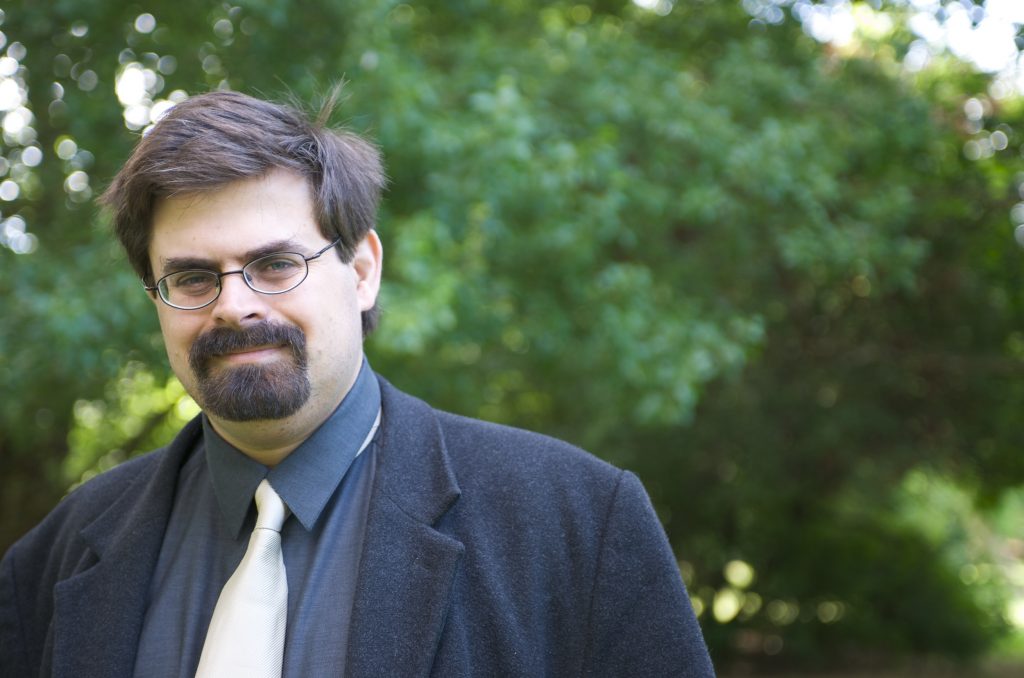 While Rex’s perspective makes for an interesting dissection of social norms, it may potentially put some people off. He is a very simple dog and the language used in his p.o.v. passages (which make up the bulk of the novel) is similarly simple. At first, I worried that this would become irritating but I came to truly love Rex and his language was pitched perfectly for his character.

There are several p.o.v. characters in the book. And while this generally works, the end of the book is filled with a few ‘history textbook’ chapters which I felt detracted from the focus on Rex’s personal experience as well as interrupting the pace. These chapters are also more focused on the bigger question around the future of all bioforms and augmented humans. While these questions are certainly a central aspect of Rex’s story, when it detours too far from the micro experience of the characters we have become close to, it lost me.

Verdict: Dogs of War is a lot of fun. It occasionally drags but rarely gets too caught up in the large-scale ethical problems it poses at the expense of plot or characterization.

Dogs of War is published by Head of Zeus, 2nd November 2017.