Our delving into awards-bait continues. There are particular features in a film that uniformly appeal to academy voters. Does the film tackle a timely issue? Is there a lot of shameless ethical grandstanding? Was it directed by Steven Spielberg? Does it star Tom Hanks? More importantly, does it star Meryl Streep? All these and more appear in The Post. This film was transparently cultivated with awards glory in mind. Not necessarily a bad film, mind you.

The Post covers the Pentagon Papers Scandal through the prism of the Washington Post’s newsroom. Top secret government documents are leaked which reveal how the US government has been lying about their involvement in Vietnam for decades. The Post’s editor-in-chief Ben Bradlee (Tom Hanks) and his cohorts rush to secure the material, but the Nixon administration is happy to bully the press. Faced with injunctions and the threat of prison if she publishes, Washington Post heiress Katharine Graham (Meryl Streep) must decide whether to back her editors or kowtow to the potential shareholders who might save her paper. Go on, guess which she chooses. 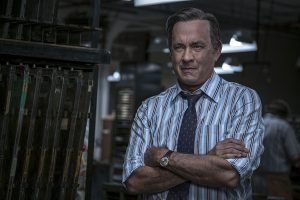 The relevance of this story should be apparent. With a non-functioning right-wing US that frequently attacks the press, a film celebrating a newspaper holding an unethical White House to account was bound to come along. The Post also dovetails nicely with the women’s rights agenda. Much of the personal drama with Streep’s character concerns how she is systematically ignored in the boardroom of her own paper. Her arc is about finding resolve and questioning the assumed authority that those around her exercise.

As with many WEIGHTY films tackling SERIOUS issues and aching to get that Oscar, The Post is idealised and doesn’t overburden itself with complexity. This is a Spielberg film, so this will come as no surprise. That is not to say he is directing badly here. He just knows the academy audience well. The academy can be a bit dim and does not like to be taxed. Spielberg is capable and willing to pander to that. Sure, there are some nice observations on how damaging it can be for the press and politicians to mingle but by the end we are in the world of mighty speeches about how the freedom of the press is a cornerstone of American Democracy! And I swear the lighting gets softer as we get more sentimental too.

Praiseworthy performances across the board with some standouts in minor roles 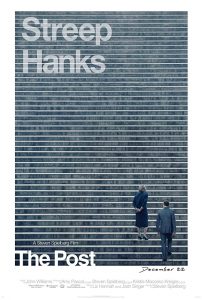 As with any film where I am predisposed to agree with its political leanings, agreeing with me does not necessarily make it a good film. As it happens, The Post is okay. Not awe-inspiring or great but a solid watch. Effort has gone into the period detail and setting. All the performances are good. Streep naturally gets to play around a lot with an interesting and equivocating woman in extraordinary circumstances. There’s an impromptu Mr Show reunion with David Cross and Bob Odenkirk. My favourite performance was Bruce Greenwood’s small supporting role as Robert McNamara. I would happily watch a biopic based around him.

The Post is direct and leaves the audience with little doubt as to its message. But I don’t mind its clarity. It’s also fair to say that anvils do somethings need to be dropped. I’ve seen plenty of films that aim to champion a moral code but ceaselessly contradict themselves. The Post manages not to do that. Spielberg might be coasting a bit here but that still means you get an assured and professionally made film. Now we just need to wonder whether we get a Watergate sequel…

Verdict: The Post is fine and about as subtle as a sledgehammer.