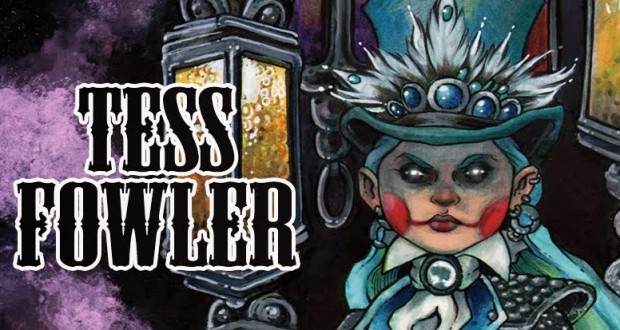 Well, this is disappointing. Wednesday night saw another comic-book related Twitterstorm, sparked in part by this article by Indie artist Tess Fowler.

Inspired by a Twitter discussion started by creator Brandon Graham, the article is basically Fowler speaking about her experiences with misogyny and sexism within the comics industry, and with one creator in particular.  She doesn’t name him in the article, but alludes to the guy in question being a pretty big name.

The real news came a few days later, after Fowler apparently received an outpouring of similar experiences from a lot of female comic book creators.  A number of which involved the same man.  Obviously angered by all of this, and bolstered by the shared experiences and support of her peers, Fowler said ‘fuck it’ and named and shamed his ass on Twitter.  Literally:

So, turns out it’s Brian Wood.  For those who don’t know, he’s an absolutely huge name in comics and a critical and commercial darling.  And to make things worse, he’s a self-described feminist writer – his latest X-Men book has an all-female team, his Star Wars series is predominantly about Leia etc. He wrote Northlanders, DMZ and The Massive.  He’s HUGE.  I’ve personally been a fan for years, as I know a lot of people have.

The Internet being what it is, I’ve already seen some pretty extreme reactions.  Let’s be reasonable here – Brian Wood is not Satan.  He’s clearly a colossal dick and unbelievably arrogant to behave like he has.  Calling himself a feminist writer is hypocrisy.  It’s a terrible way to act in any industry.  But please, Internet People.  This time, no death threats ok?  It reflects badly on all of us.  Fowler said it herself, the problem is widespread, but not universal.  There are good men in the comics industry, but they can do more:

It’ll be interesting to see how Brian Wood’s editors at Marvel and Dark Horse deal with these allegations, and if Wood himself will attempt to dispute the claims.  Here’s hoping for a bit of a shakeup in the industry.

Previous: The Acquirers: Trunk the Savant
Next: The Going Gets Weird, Part 1: The Latter Career of Hunter S. Thompson