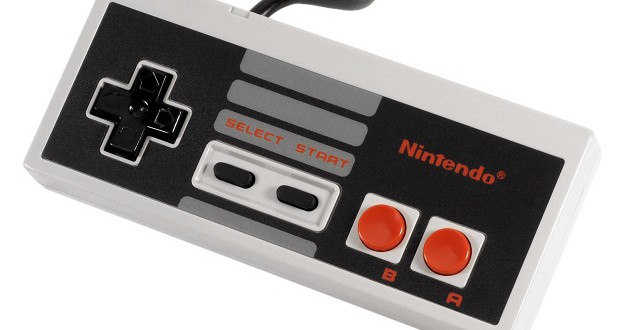 Brianna Wu is the latest victim of GamerGate – or is she? Wu, head of development for Giant Spacekat, creators of mobile game Revolution 60, was forced to flee her home on Friday night following threats of violence to her and her family. Reports are pinning the bad behaviour on a community now being referred to as ‘GamerGate’, but should they be? And what is GamerGate anyway? What is really going on here?

The coining of GamerGate

Game developers, publishers, and journalists have long been contentious among the gaming industry. There seems to be two things going on here: on the one hand, the media is far more concerned with sucking up to the big game developers rather than focusing on the consumers the games are created for; and on the other, if journalists do take an active interest in the content of the games, they have a tendency to vilify the content and anyone who enjoys games. How many times have you heard the media blame video games for violence or sexism in the general population? Your answer should be all the freaking time.

An actor I used to admire (before I heard the awful rubbish he spouts when not reading a script), Adam Baldwin (of Firefly and Chuck), coined the term ‘gamergate’ in reference to the Zoe Quinn controversy in August (a female game developer accused of sleeping with journalists in order to get coverage for her game). Since then, GamerGate has been picked up by a wide variety of people hoping to highlight corruption in the media and gaming industry as well as misrepresentation of gamers as a whole. While these people already existed with their views of the issues, coining the term gave the momentum a kind of focus it lacked before. But really, anything that started as a term used to vilify an innocent woman was never going to end up in a good place. 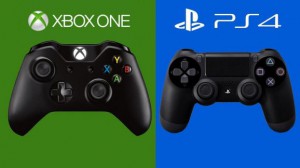 The trouble with GamerGate is that it is so murky – it isn’t an organisation or a particularly well-defined movement. The term is invoked by people with genuine concerns over corruption in the industry, violent harassers of women, and critics of the gaming industry – among others. So when people say they support GamerGate, what are they actually supporting? Well, it’s unclear. Some critics argue that you can’t say you support GamerGate without accepting you support the harassment of women that has become almost synonymous with the term. I disagree. There will always be extremists in anything – just because a person is a Muslim does not mean they support Islamic State, for instance.

Really, what needs to happen is for people to stop using the term ‘GamerGate’, no matter what side of the issue you happen to fall on. Find a term or an ideal that truly identifies what it is you are upset about. If you are genuinely upset about corruption in the industry, identify with that specifically. And if you are a hateful misogynist, well, you suck.

Women create and play games too

Much of the media is still concerned with the out-dated idea that a) games are for kinds and b) if there are adults playing games, they are male and stereotypically misogynistic and socially awkward. And hey, like most stereotypes it is both offensive and incorrect. There are many games aimed at adult audiences and, believe it or not, nearly half of the gaming population out there are women. In the industry itself, similarly to Hollywood writers and directors, the ratio of men to women is far more skewed. And those women who do work in the industry often find themselves up against an unwelcoming boys club. 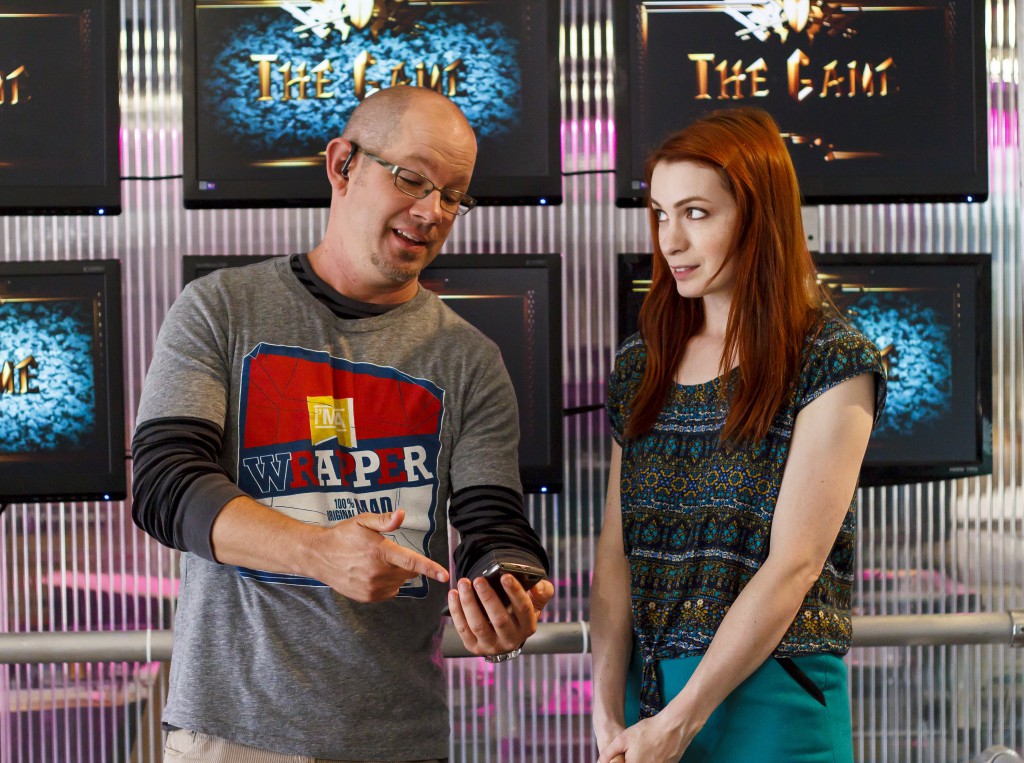 The Guild, Season 6, Codex gets a job working on her beloved game

The Escapist recently ran an anonymous article featuring female game developers views of working in the industry.  The comments weren’t pretty… and yet, unsurprising. It isn’t as though this kind of feeling is limited to the gaming industry. After all, it wasn’t that long ago that women were still using male pennames in order to find success. Video games are a creative, artistic format for interactive storytelling, so why shouldn’t there be just as many women involved in their development as men? As one developer pointed out, 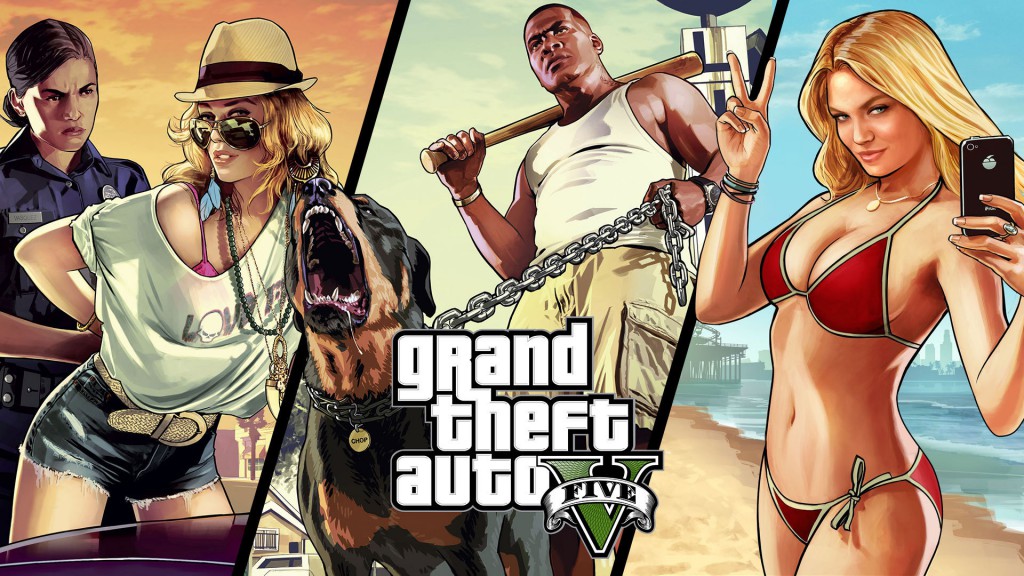 Is the trouble really so simple as saying that men don’t like women in the industry? Or that the gaming community victimizes women? Absolutely not. In fact, I don’t agree that any of that is really true. While I don’t really wish to lay blame at any one group’s doorstep, it does feel like the media is to blame for this one. If the media would stop portraying gamers – specifically male gamers – as violent, socially awkward, misogynists who live in their mothers basements, maybe the actual male gamers who DO NOT FIT THAT STEREOTYPE AT ALL wouldn’t need to be so defensive about their status as game enthusiasts. If a group of people (linked by their love of a certain hobby) I identified with was being attacked by the media, you bet I would be defensive. So it’s understandable – although not acceptable – that there has been a backlash against women as the representation of the bad behaviour gamers are constantly told they portray.

For instance, when people were up in arms about the criticisms laid at GTA for its misogyny (you know, beating up prostitutes for the hell of it, that kind of thing), gamers were angry. I don’t think any of them would have said that the behaviour they were exhibiting in-game was something they think should be translated to real life, but that they should have the option to play a game with that kind of gameplay is absolutely their right. As Erik Kain at Forbes says, ‘Gamers don’t want games to be sexist for sexism’s sake, they just don’t want content to be dictated to them by the critics.’

The victimization and harassment of women in the gaming industry needs to stop. Hiding behind a false guise of illuminating corruption in the gaming industry as a way to defend said harassment is beyond abhorrent. However, the media and society at large also need to stop vilifying gamers in general. Just because a man enjoys playing GTA does not make him a violent misogynist. As Emma Watson pointed out in her HeForShe speech, it goes both ways – abusing women for their gender is the same as making fun of men for having ‘effeminate’ characteristics. When it comes to gaming, both men and women enjoy gaming, and arguing that an entire industry is against women is not only wrong, it’s harmful to those women who are already in the industry.

Previous: A great week for women and equal rights
Next: Saga: Some monsters are worse than others