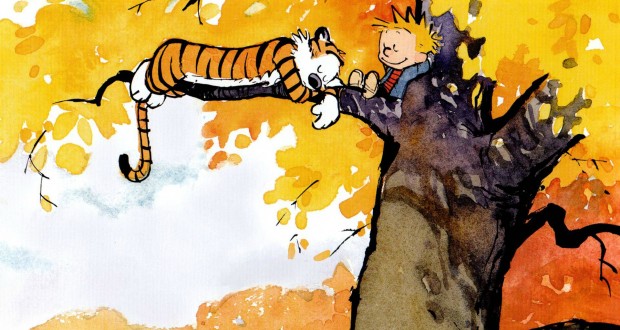 How many people still read a newspaper every day? What about a magazine? Ok, so if you answered ‘yes’ to either of these questions… how many of you read these things in a physical format? I often read newspaper articles while I’m eating my breakfast, but I do so online. I imagine that I’m not alone in my approach to reading and digesting the news. I still remember finding out that Osama Bin Laden had been killed via twitter. I mean really, who reads physical newspapers anymore? By the time they go to print they’re out of date… 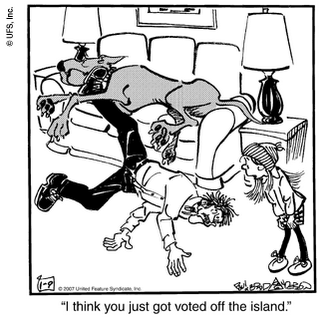 Perhaps I’m digressing before I’ve even begun. Traditionally, comic strips were a daily feature of many newspapers, with a special colour section being devoted to comics on Saturdays or Sundays. While not all comic strips were of the comedic variety – some were adventure stories (e.g. The Phantom) or even noir detective serials – but many of the classics that we still love today were. While people are less inclined to peruse all the content of a newspaper, I’ve noticed that online newspapers don’t tend to publish comic strips.

This is not a time to weep for the death of the comic strip (first appearing 1895 with the outrageously racist The Yellow Kid). Far from it. Today we have the webcomic. Being able to publish comics on the Internet frees up artists and writers in a number of ways. They can publish on their own schedules, with no size constraints, in colour or black and white, with whatever content they like.

Before we start shouting about the awesomeness of webcomics, let’s take a moment to reflect on the classic printed comic strips of yester-year and what makes up a traditional comic strip.

Structure and story: The three-panel joke

Given size restrictions with printing in newspapers, comic strips developed to be three panels or less – most of the time. Sometimes they were larger, containing many panels, but these were usually the weekend specials that appeared in colour. It is also interesting to note that when comic strips first began appearing in newspapers, they were much larger than they are today.

The most common structure for comic strips of the comedic variety contains three panels: set the scene, set up the joke, and the pay-off/punch line. Such a simple structure has proven to be incredibly versatile. While easily playing up to the comedic elements, three panels is also enough for one of the essential elements of story: change. And with change, it is possible to tell a story as well as a joke, enabling comic strips to tell sequential stories.

Of course, not all comic strips told stories that built upon the previously published strips. Many can be read as stand-alone stories, making them an easy medium for casual readers to enjoy. The stand-alone strips are the sitcoms of the comic strip world and tend to be the ones with the wider audience pull.

Never forget where you come from: The classics

The classic comic strips truly are classic. I was a big fan of comic strips (although I didn’t discover comic books and graphic novels until I was in my twenties) when I was a kid. I had loads of paperback compilations of comics – Garfield, Footrot Flats, Wizard of Id, and Calvin and Hobbes. To this day, Calvin and Hobbes is still one of my favourite stories of all time. Screw genre, it beats almost any story in any genre or medium. Bill Watterson – aaah, what a legend!

When I finally got over my phobia of newspapers – you know what I mean, ‘eeew, that’s what my parents read, I’m cool, I don’t do adult stuff’ – and came across the comics section, my breakfast cereal was shoved in my mouth in a haphazard manner while my attention was on the comics. Hell, I even read the ones I thought were awful (Cathy I’m looking at you!). As I grew older I started to understand Zits in an entirely new light – come on, Jeremy isn’t that bad, he’s just a normal teenager!

Of course I have to mention the strip that ran for fifty years (1950–2000), Peanuts. I don’t mean to offend any comic strip purists, but I never really got why everyone loved Peanuts so much. I never found it particularly funny and the female characters tended to be total dicks. Just sayin’. Meanwhile, head over to Calvin and Hobbes and you find the perfect man (if a little young – but the immaturity is a good thing if you ask me!).

Webcomics: Freedom in the age of digital

The first webcomic appeared in 1985 but they didn’t take off dramatically until the late 1990’s (no doubt a result of better search engines like Google). What is particularly brilliant about the first webcomic, Witches and Stitches (a parody of Wizard of Oz) is that Eric Millikin started the series while he was in middle school. Good luck finding a copy of this very first webcomic, however, as Millikin was forced to take it down after a threatened lawsuit as a result of his unauthorized use of copyrighted content.

In 1998, Penny Arcade was first published online. It is fun to go back and look at the very early strips (still available in their archive) to see how far the art style has come. Originally appearing on looneygames.com, Penny Arcade now not only has its own website – but it’s own multimedia empire – ok, that might be exaggerating just a little, but this shit is BIG!!! There have been video games based on the strip, film spin-offs in development, podcasts, and even a web series. There’s also PAX: Penny Arcade Expo. Gaming conventions held in Seattle, Boston, and Melbourne (yes! Australia is cool!) – for computer, console, and tabletop gamers.

Finding yourself in a new world

The freedom provided by the Internet is not limited to the printing restraints enforced by physical publication in print – such as black and white vs. colour, dpi, size limitations, etc. It goes far beyond… The art styles in webcomics vary dramatically (whereas traditional newspaper strips tend to be of a similar style) – some are drawn as stick art, some with almost realistic painted art, 8-bit/pixel art, hand drawn, computer drawn, clip art, and so on. The options are endless.

Artists are no longer limited to a set size – or even flow of panels/art. They could make their comic in the form of a dragon (as long as there was an obvious flow to them) for all the Internet cares! Draw outside the panel or make your panel a triangle – no one cares! The content of webcomics can be very traditional, but it also tends to push boundaries – being raunchy or swearing, using a lot of violence, discussing ‘geeky’ topics, etc. It tackles subjects that newspapers probably never thought of as ‘mainstream’ enough.

Having the ability to publish your own comics free of charge does mean that there is now a huge number of webcomics out there. So where do you start? Some of my favourites include Penny Arcade, XKCD, and Cyanide & Happiness – however, I realize that these (much like my childhood favourites) fall very much into the traditional comedy genre. There are a number of adventure and epic webcomics published to varying regularity out there, all you have to do is look for them!

While some traditionally printed mediums are flapping their arms in a panic, not knowing how to embrace the new digital world, comic strip creators are laughing smugly. They have their shit down. Webcomics are here to stay.

If you’re looking to explore the world of webcomics, why not start with Pop Verse’s own original webcomic, The Acquirers?