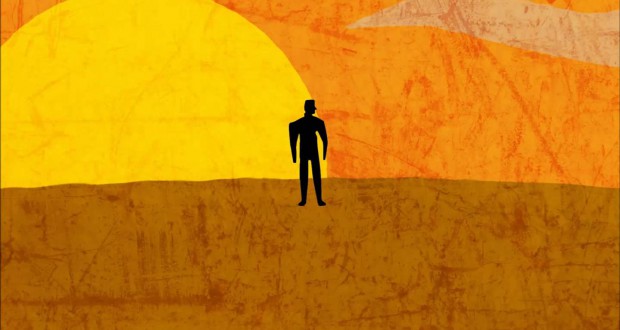 The premise of Liam Brown’s debut novel Real Monsters is intriguing, tapping into a general worldwide malaise when it comes to misplaced anger, pointless war, and a widespread fear of this ungraspable ‘terrorism’. A tale in two halves, a soldier on the front lines and his wife back home, the novel explores the nature of war. It is an ambitious first novel, trying to cram in a lot of philosophy and explorative opinions in a very short – 180 pages – space. Unfortunately, the novel doesn’t live up to it’s strong premise, struggling to find a unique perspective on the subject matter.

Lorna has witnessed her fair share of tragedy in her short life. Her father was killed in the September 11 attacks. In the aftermath, Lorna’s mother completely withdrew from her daughter while Lorna’s sister left the family as soon as she could. Lorna was alone – apart from her vodka bottle.

On the cusp of facing life in the real world, outside the cushy comforts of educational institutions, Lorna meets Danny. A recently enlisted soldier, Danny is soon shipped off to fight the Monsters responsible for the attacks that took Lorna’s father. At first Lorna finds comfort in the war and finding justice for the pain and suffering caused, she soon starts to question who the Monsters really are.

Meanwhile, Danny’s outfit are stranded in the desert after a vicious attack, only a handful of them left. On their way back to civilization they find that it’s not the mysterious external threat they’ve been warned about that are the ones they should be afraid of. Sometimes the Monsters are within.

New writers are often told of the importance of finding their own voice. Make it sound original! Distinctive! Unique! Well, there’s something to be said of a natural voice as well. With all the agents and publishers so enamored with ‘unique’, I find that a lot of substance gets lost in the attempt to be stylish. 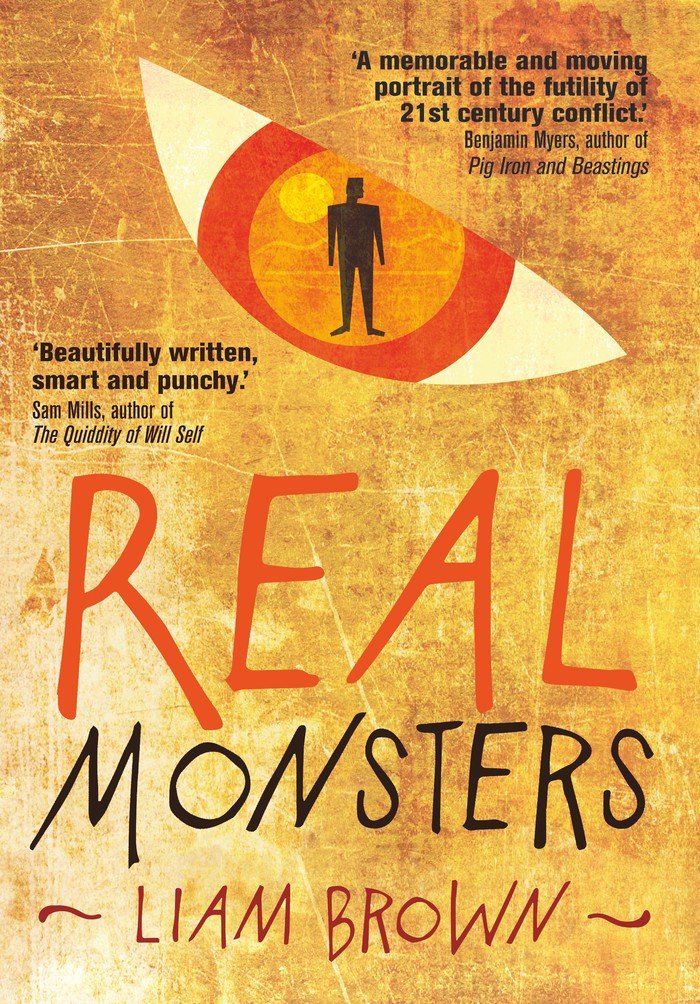 With Real Monsters, Brown employs two distinct narrative voices, breaking the book into sections from Danny and Lorna’s points of view. Danny’s voice serves as the hook, but from the outset I found it infuriating. His character is not well educated and often uses poor spelling and grammar mixed with slang. While this can work for a limited amount of character dialogue, it started to wear very thin with the entire piece being written in this style.

In addition, the voice was not always consistent. At times Danny appeared very base with a small vocabulary, and at other times he was positively poetic. Of course, this is a first novel so I can’t expect everything to be perfect – but to make such a bold choice for the voice I would have expected Brown to have nailed it. It does not compare to heavily stylized voices in novels like Flowers for Algernon, The Sounds and the Fury, or Catcher in the Rye.

Meanwhile, Lorna’s voice is almost personality-less. She is given very little agency. A hook introduced early on (that she knows people have followed her and are there for her, she only has a short time) is never mentioned again until the very end. It is established when Lorna’s passage begins that she is writing down her story as quickly as she can before ‘they’ take her away – but that is the one and only time we get a sense of urgency in the telling of her tale. 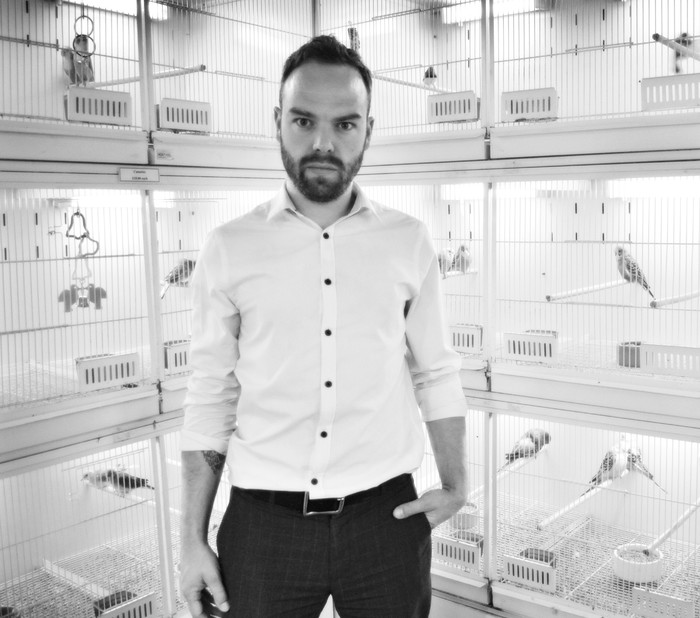 Taking on big issues that are in the forefront of people’s minds is great for marketing and finding an audience to your novel, but not so good if you have nothing new to say about it. I really wanted to find something in Real Monsters that explored the issues in a new way. Unfortunately, the ideas presented were all ones I’ve heard before and seen done better. We get it, the government lied to us and war isn’t the answer. Yes, there is easily a monster within many of us. Ok, got it. That’s what the novel should have opened with and then gone beyond. There just wasn’t enough meat to get my teeth into.

It’s true that the twist ending was something I didn’t actually see coming. But it comes so abruptly and tied in a neat little bow so quickly that the reader barely gets enough time to register what’s happened and there’s certainly no hint at what this actually means for the character. While Lorna manages to grow at least a little over the course of the novel (though I’m sorry, she’s still ludicrously naïve and aggravatingly passive), Danny doesn’t show growth at all.

I wanted to like this novel. A tough-talking modern look at ‘war is hell’, but it just didn’t do it for me. Maybe next time Brown will devote more time to creating characters with a bit more depth instead of hanging their personalities on their stylized voice.

Verdict: Not the strongest debut to come out of Legend Press in recent years. Hopefully Brown will work on these flaws and deliver a better sophomore effort, as the writing talent is there.

Previous: The Guest: Be careful who you let in
Next: The total irrelevance of Matthew Perry’s The Odd Couple