Home / Books / The boys’ club: Why literary awards are so problematic 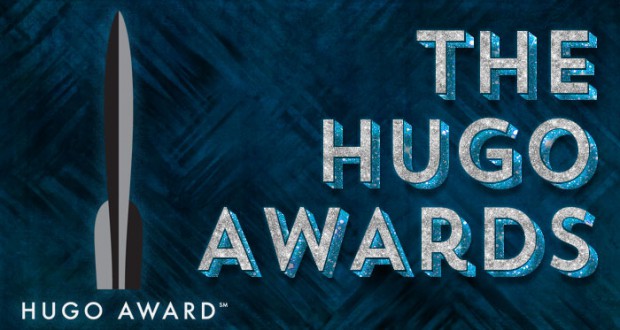 Awards on any creative works are always going to be controversial – how can you call anything the ‘best’ of its kind when enjoyment and appreciation of creative works are entirely subjective? We take the same approach to awards as we take to politics, relying on democracy. But is democracy really all it’s cracked up to be? At it’s core, from Homecoming Queen to Prime Minister, these elections are popularity contests. Don’t kid yourself; you think the issues are what’s important? Oh, bless you, how naïve.

When it comes to what is popular, the prevailing opinion is that it generally doesn’t equal quality. This is particularly so when it comes to books. What sells well is rarely regarded as the height of literary merit. On the other hand, much of what is considered as contemporary, well-written literature is often tedious to read and overblown. Is it possible to come to a compromise? Should we? What kinds of books are deserving of the awards? Should industry specialists or fans be the ones to vote? 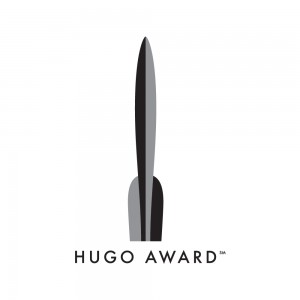 No matter what genre of writing an award is concerned with – or even other awards, such as in film, TV, stage, or art – there have always been controversies regarding the nominations, winners, and voting patterns. Most recently, the SFF community is up in arms at the latest controversy at the Hugo Awards, where there is a concerted effort to move against minority voices as prizewinners. This unpleasant, conservative issue is not confined to SFF communities however, with mainstream literary awards being similarly afflicted.

Controversy at the Hugo Awards

In science fiction and fantasy, the Hugo Awards have been one of the most important sets of awards since they were fist awarded in 1953. The awards are overseen by the World Science Fiction Society. Attendees of the Worldcon are able to purchase ballots for the following two years, making the awards a mostly fan-driven election. In recent years, fans have actively favoured voting for writers or works featuring minority groups – meaning female writers and artists, books with characters of a minority sexual preference or ethnicity tend to fare much better than what is considered the traditional arena of SFF: white men writing about white men and objectified women. 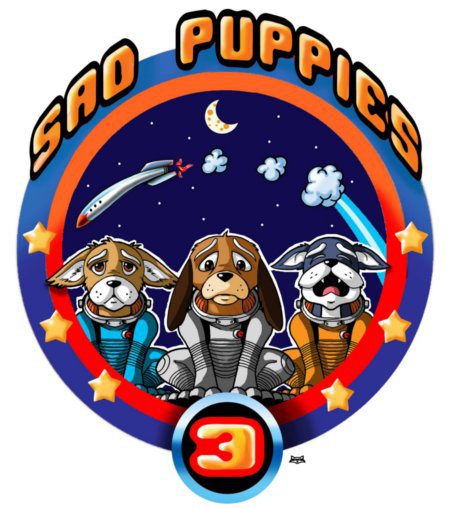 To rectify this perceived problem, a bunch of white males have gathered together to herd the fans back into line. The Sad Puppies campaign, led by Brad L. Torgersen and Larry Correia, created their own list of suggested nominees for all categories. They asked those who were eligible to vote to follow their suggestions, which kept the number of female nominees to a scant 8, most of them being either writers of short stories or editors, none in the best novel, novella, or novelette categories. Not only do Torgersen and Correia take issue with the leftist movement in the voting, they disagree with the inclusion of these kinds of publications within their beloved genre at all.

The book has a spaceship on the cover, but is it really going to be a story about space exploration and pioneering derring-do? Or is the story merely about racial prejudice and exploitation, with interplanetary or interstellar trappings?

There’s a sword-swinger on the cover, but is it really about knights battling dragons? Or are the dragons suddenly the good guys, and the sword-swingers are the oppressive colonizers of Dragon Land?

A planet, framed by a galactic backdrop. Could it be an actual bona fide space opera? Heroes and princesses and laser blasters? No, wait. It’s about sexism and the oppression of women.

Finally, a book with a painting of a person wearing a mechanized suit of armor! Holding a rifle! War story ahoy! Nope, wait. It’s actually about gay and transgender issues.

Or it could be about the evils of capitalism and the despotism of the wealthy.

Many of you might be wondering how this could possibly generate any traction amongst the fans and voters of an important award, but unfortunately the world is not as progressive as we may have hoped. The nominees for the Hugo Awards this year were announced in the beginning of April, and the list looks disturbingly close to the Sad Puppies’ suggested list. This has caused a number of nominees to decline their nomination, with many famous writers (including George R.R. Martin, Deirdre Saoirse Moen, Matthew Surridge, and Kameron Hurley) to speak out against this new direction of the Hugos.

Patriarchy and prejudice at work

This backlash against women and minority groups in geek culture is not the first, Gamergate being the most recent, hideous example of prejudice in action. But don’t think that it is just the SFF and geek communities that suffer from this kind of prejudice. The more mainstream literary community and their awards have also suffered from similar problems. 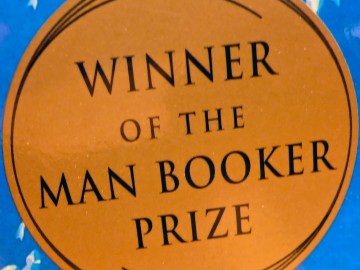 Back in 1991, the Man Booker Prize had an all-male shortlist, prompting the set-up of the Women’s Prize for Fiction. But was creating a new prize just for women really the best answer? In a way, it promotes discrimination, something called out by both female and male writers (such as Germaine Greer, A.S. Byatt, and Tim Lott). Of course, all prizes/awards need limitations to what is eligible, such as the location of the publication, the language, the year it was published, and so on, but is gender the best limitation to place on it?

No matter how much we might wish we had grown beyond these kinds of issues and prejudices, gender prejudice in the literary world is rife. It wasn’t long ago that women were still using male pseudonyms to publish, and it is still very common for women to submit to agents and publishers using only initials and a last name to avoid any discrimination that might occur. For those of you can vote, all we can do is ask you to vote on the merits of the actual work, not on any prejudice for or against the writer or their character’s background.