Home / Comment / Can we blame Star Trek TNG for the sadism of today’s TV? 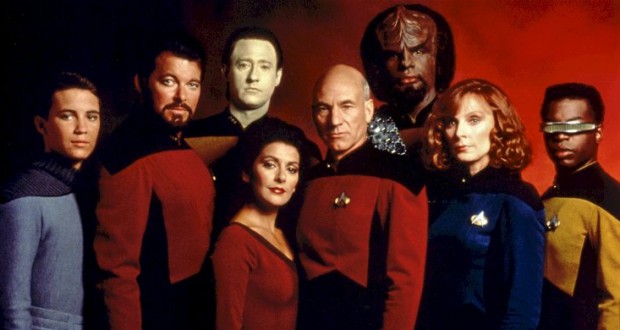 Those of us who have stuck with Game of Thrones for five season know all too well how masochistic we can be as TV fans – and just how much the writers and show runners can be sadistic assholes. And yet we come back for more year after year. Game of Thrones is by no means alone in its relentlessly depressing, bleak, and heartbreaking storylines. A lot of modern TV use often depressing, real-life plots to ramp up the tension. But where did this trend start? 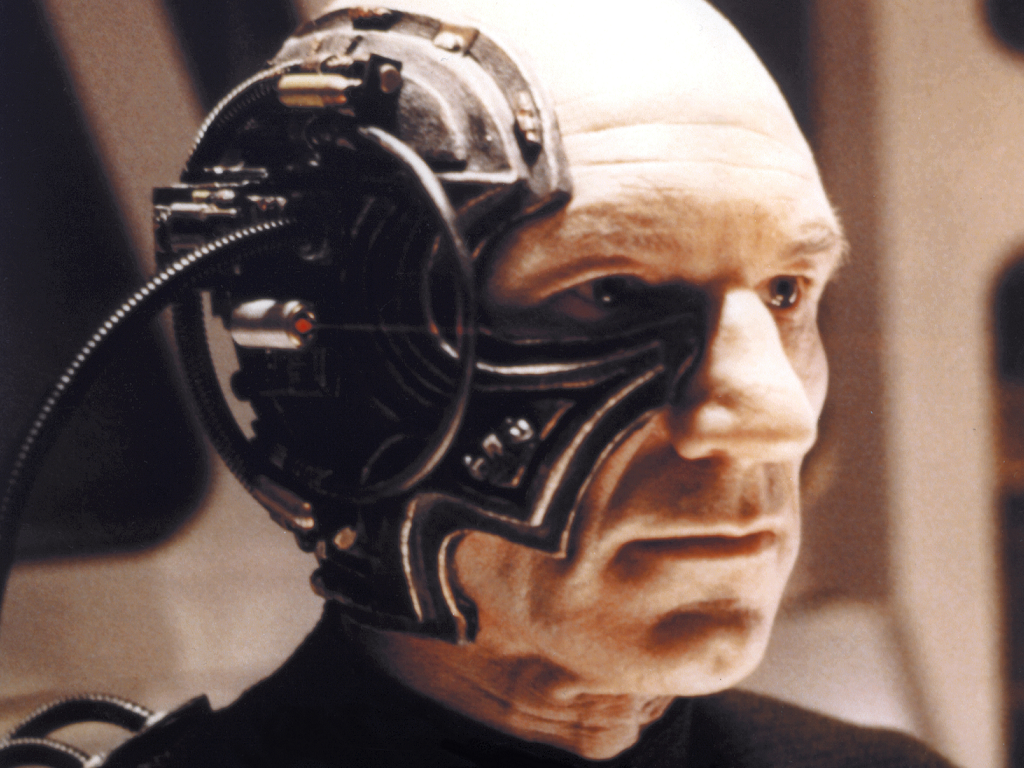 Back in 1990, Star Trek: The Next Generation teased and devastated the fan base by potentially killing off Jean-Luc Picard, abandoning the Earl Grey drinking Captain on the Borg Cube at the end of season 3. This season ending cliffhanger had everyone on the edge of their seats. Rumours abounded (whether invented for marketing purposes or not…) that Patrick Stewart wouldn’t be returning for the following season and we were all left to wonder whether the Star Trek writers really had the balls to kill off one of their main characters (after all, it wouldn’t be the first time – remember Tasha Yar?).

This killer cliffhanger was not only a turning point for The Next Generation, finally finding it’s own personality as separate from The Original Series, but a change in the wider television landscape. Cliffhanger series endings would become something of a staple for the show, as well as for other incarnations of Star Trek and other TV. Ronald D. Moore, staffroom writer on TNG under Michael Pillar, took the lessons to heart, giving us the addictive yet bleak Battlestar Galactica reboot after making Deep Space Nine thoroughly watchable. HBO and Showtime meanwhile have used their cable status to explore issues usually too dark or graphic for mainstream commercial TV.

The changing face of television

Star Trek: The Next Generation was on television at a strange point in time. Things were in upheaval. No longer did TV shows need to assume that people might not be able to watch week to week, writing self-contained episodes to stick to the status quo after each installment, they could experiment with series-long character arcs and narratives. The ‘To be continued…’ episode was still relatively new but increasingly popular. 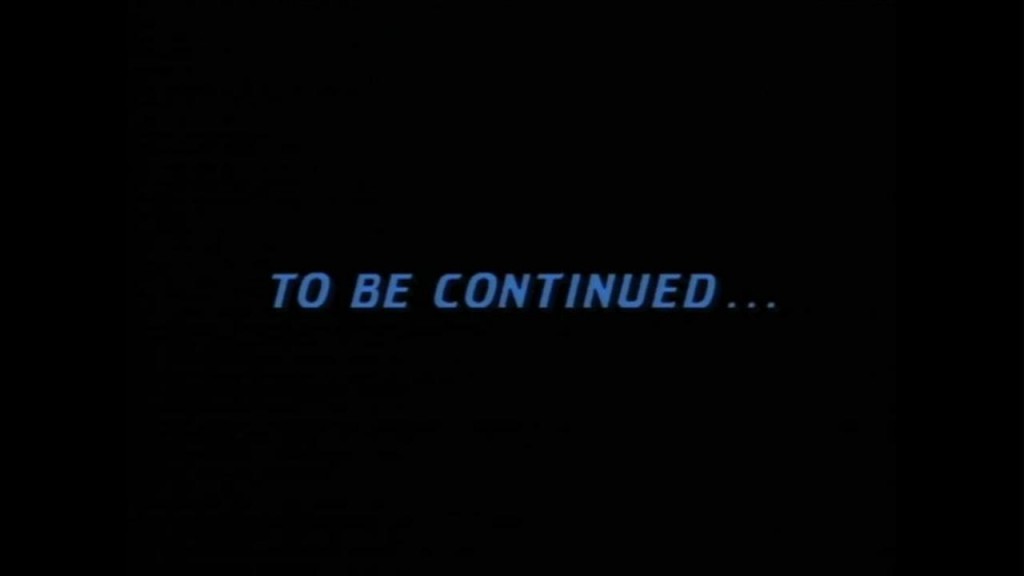 For too long, TNG had found it impossible to move out of the shadow of the iconic original Star Trek series. When it began to embrace the possibilities of modern TV and an audience that could tape the episode if they otherwise had to miss it or even catch it on a re-run, TNG found a new personality separate to its predecessor. The later seasons build far more on the relationships between the characters and how those relationships form a support network for each of them by using more than episode-long stories. What also worked so well is that those relationships don’t have to take the forefront of an episode’s narrative arc to have an emotional impact. The show stops relying on cliché’s and stereotypes and starts developing characters with depth, who aren’t afraid to grow and change over the course of many seasons. 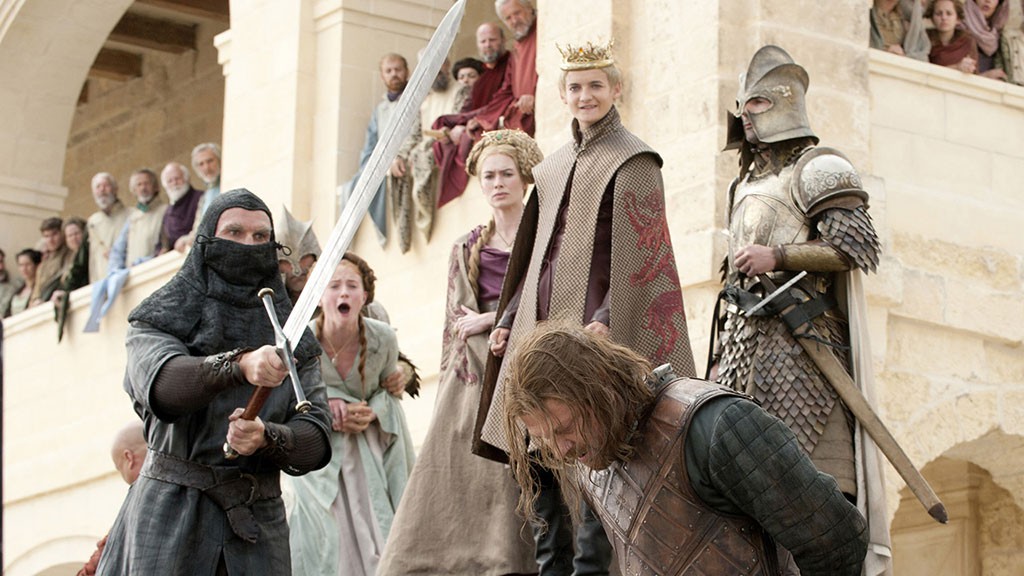 Since then, we now have the ‘binge watching’ phenomenon taking over our televisions. We see recaps at the beginning of episodes less, audiences are expected to pay close attention so that the writers don’t have to repeat anything, and cliffhanger season endings are almost expected (they need to make us desperate for the next season somehow!). With this further change, it seems inevitable that the bleakness and shocking plot twists permeated further into the TV landscape – binge watching something, spending hour after hour with those same characters, brings an audience very close to them. So when tragedy strikes to our favourite characters, we feel it more keenly than ever. Why we, as the audience, seem so determinedly masochistic is another question entirely…

Why do we find bleak TV so addictive?

Life can be rough. When I plop down on the sofa I often gravitate towards comedies, a friendly escape from the realities of my everyday life. However, I also find thoroughly depressing and sadistic TV entirely addictive. I feel like some of this has to be related to a kind of ‘onlookers traffic’ – we slow down and love to watch other people’s lives fall apart to remember that things aren’t quite as bad for us as we might first think.

After the events of Game of Thrones season 5 (don’t worry, no spoilers), a lot of people threw in their towel with the show. One fan’s statement really stuck with me, ‘I’m not sure who the show’s creators hate more: women or their fans.’ And it is true, the rate that people’s favourite characters end up dead does question whether they even want us to keep watching. At the end of season 3 I threw my hands up in the air and asked no one in particular ‘Who the hell am I even supposed to be rooting for anymore?!’ Soon, there’ll be no one left. And yet… I’ll still be tuning in next season. Why?

Of course, these views are entirely my own speculation (I make no claims to having any expertise in psychology or any data to support my hypothesis…), but it does make us devote ourselves to characters more when there are potentially very serious outcomes they may face. Gone are the days of assuming they’ll triumph over all the odds. These days, they might not, doesn’t matter how big the star or how important their narrative seems to the overall story. Trouble is, while this does mean we grow more attached and therefore keep coming back season after season, the loss of those characters can be truly heartbreaking. There needs to a balance – amongst all the shit, there’s got to be some pay-off. Something that, so far, Game of Thrones has been lacking in.

While Star Trek: The Next Generation may have been one of the earliest to successfully pull off a cliffhanger season ending and increase of real-world tension, the changing nature of television and our own tendency towards masochism is what has driven this sadistic (yet oh so addictive) trend in TV.

Previous: Timbuktu
Next: Brandon Sanderson’s Steelheart to be adapted for the screen