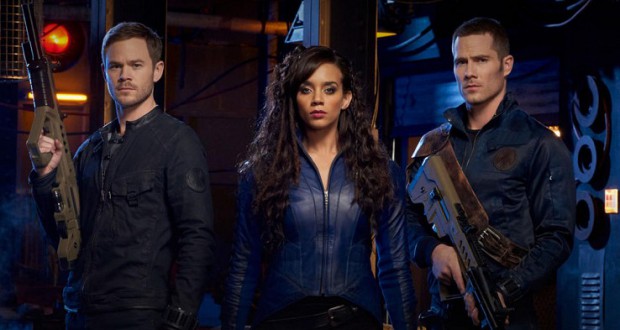 Are you still suffering from AFW – Acute Firefly Withdrawal? Don’t worry, you’re not alone. I may have the answer, though let’s be real for a minute – nothing will ever be as good as Firefly, so don’t expect that. However, that hole in your heart might begin to heal just a little with watching Syfy’s Killjoys.

Killjoys is not one of Syfy’s serious dramas such as Battlestar, instead the series tries to be one thing above all else: fun. Yes, occasionally it is very silly and it has its fair share of first season teething problems, but on the whole it is thoroughly entertaining. The world building is rich, the characters likeable and containing enough depth to create a lot of plot threads (and a ship’s computer oozing with personality and sarcasm). There’s thematic coherence – class war, morality questions, revolution, living with your mistakes. The show works so well in so many areas, its missteps are easily forgivable.

Thankfully, Syfy has already renewed Killjoys for a second season. If you haven’t watched the first season, now’s the time. Get on board with this action packed space cowboy series with its excellent one-liners. Enjoy a bit of humour returned to your scifi!

‘I’m taking over, you mechanical bitch!’ 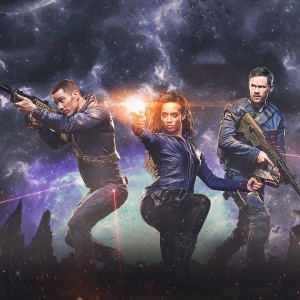 Dutch (Hannah John-Kamen) and John (Aaron Ashmore, not to be confused with his twin brother Shawn) work for the R.A.C (Recovery and Apprehension Coalition) as intergalactic bounty hunters, otherwise known as Killjoys. When John’s brother D’avin (Luke Macfarlane) appears on a kill warrant, John goes after him. Securing D’avin’s freedom, John sponsors D’avin to join the R.A.C. and Dutch lets him join their crew.

Killjoys are independent and meant to be neutral. But that neutrality is becoming more and more difficult to maintain. Dutch and her crew work out of J Quad, an area controlled by The Company who keep the poor downtrodden and making the rich, richer. The entire quadrant is on the brink of a class war as each member of the crew deals with their own personal demons.

‘Ladies first.’ ‘Rarely, in my experience.’

There’s a lot to love about Killjoys, but it does make a few missteps. The opening credits sequence is some of the worst 90’s-looking crap I’ve seen in a long time, with an equally horrendous theme tune to accompany it. The budget and CGI are equally woeful. And yet, I defy you to not enjoy yourself. 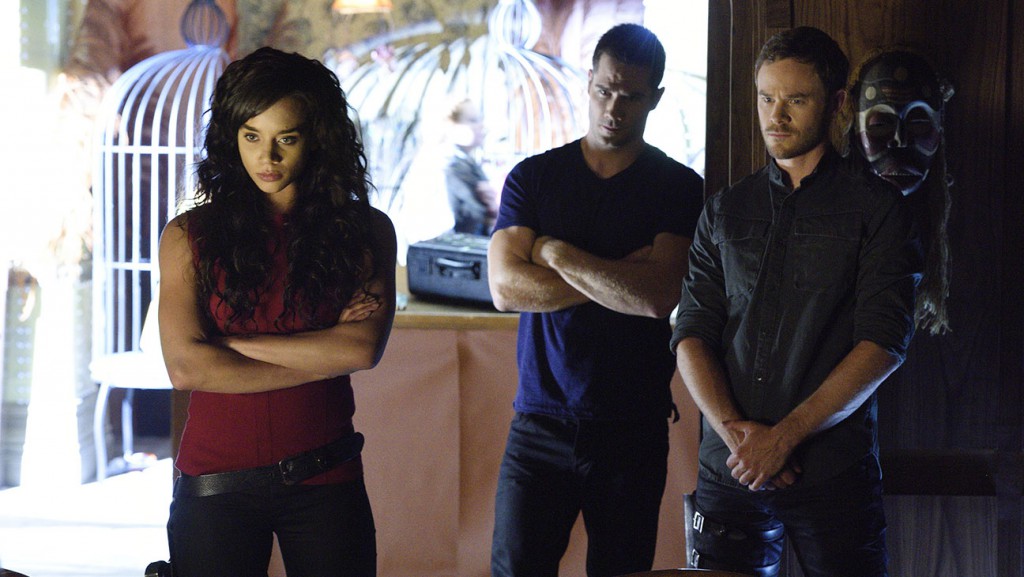 There is a lot of world building and plot thread setting up front-loaded into the first two episodes of the series that could have been delivered more deftly over a number of episodes. But that is an easily forgivable issue, something that will hopefully work itself out as the writers figure out what the show is and how it works best. Occasionally there are plot/logic jumps that don’t quite make sense, like how *that* many trained mercenaries were so easily taken out… but hey, this is fun, silly science fiction, let’s just roll with it, right?

Dutch is a great lead – a strong, independent woman with an interesting history. They struggle to get this right in the opening episodes, having her quickly disabled and rescued by men, but the writers work out soon enough that she really is badass and to run with that. D’avin is the weakest link as far as characters are concerned. They play the whole ex-soldier bit too much and he just sounds like a twat. Thankfully, as the episodes wear on, his ludicrous army bullshit mellows out.

All in all, most of the show’s issues come from a lack of confidence. It hits its stride when it is being cheeky, lewd, and fun. The writers need to learn to work with that, rather than trying to do everything at once. That’s not to say that the more serious plot elements don’t work – they absolutely do (and build to an intense upping of stakes by the first season’s end) – but I want to see more undercutting of that tension with these characters and their love of making themselves appear witty. 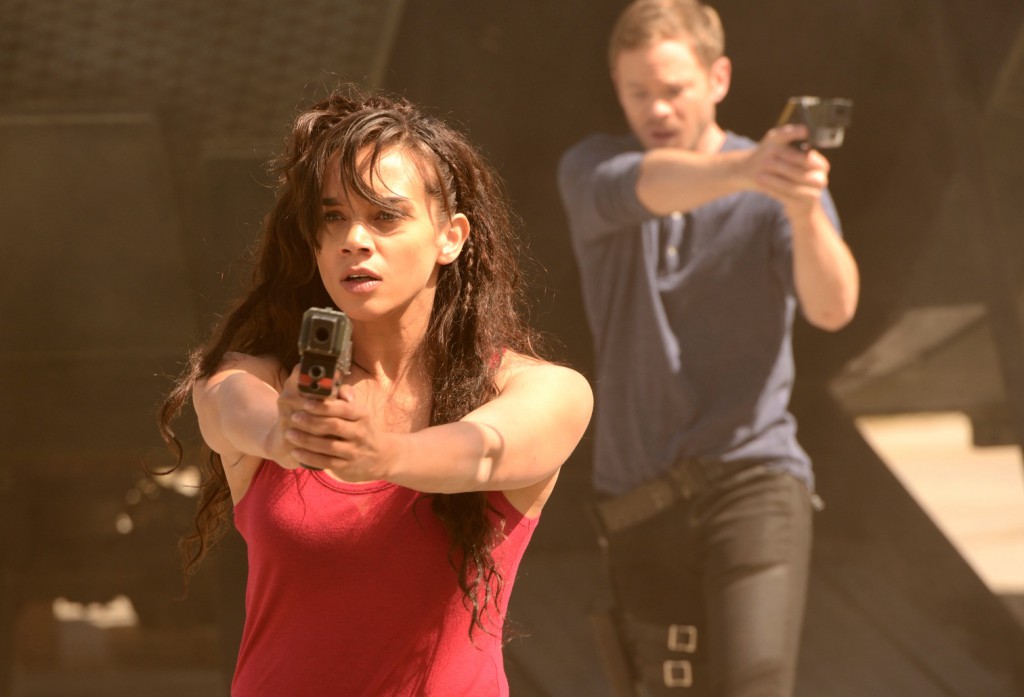 While Killjoys obviously riffs off a lot of previously successful scifi shows (such as Firefly, Stargate SG-1, and Farscape) it manages to forge its own identity. One piece that works particularly well is the personality of the ship, Lucy (voiced by Tamsen McDonough). Not only is she a character in her own right, she is sarcastic and plays favourites with the crew. It’s a nice twist on the usually cold, entirely factual and neutral computer system we get in most scifi shows.

John’s nice guy, everyman characterization works as a great counterpoint between Dutch and D’avin with their ‘dark pasts’. He acts as their anchor while also being able to do completely stupid things – as moralistic, naïve, and passionate people tend to. John also grounds the relationships. His 6-year business relationship with Dutch has him characterizing her as family and the love between the two really is familial and heart-warming. Meanwhile John’s support of his brother keeps the family theme at the core of the show. The brothers constantly needle at each other in a way that is entertaining and real.

Killjoys is not trying to be critic-bait, nor is it straight SF comedy in the way Red Dwarf was. The characters have depth, there’s great world building and endless places for the plot to go, and above all it is absolutely exploding with action, energy, and humour.

Verdict: Killjoys is so much fun you’ll find yourself flying through the first season. The occasional misstep and first season teething issues are there, but on the whole the show is solid and shows a lot of potential.

Previous: 45 Years
Next: Why you should be reading Liz de Jager’s Blackhart Legacy