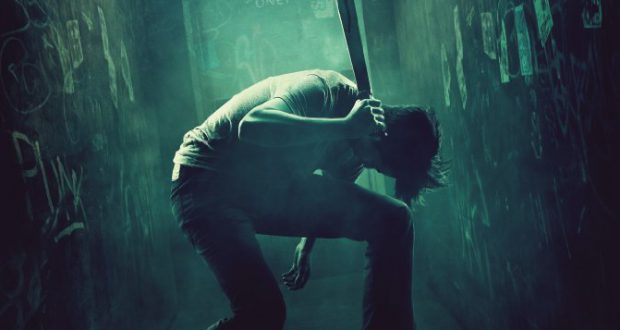 Green Room is not my usual kind of film. When I do watch horror, I tend to prefer films with a more supernatural element – staying well within the realms of ‘scary’ but further away from reality. The third feature film from writer/director Jeremy Saulnier well and truly stays within the realm of the possible. And the effect is something horrifying, gory, and funny.

A fight for survival

A struggling band (Anton Yelchin, Joe Cole, Alia Shawkat, Mark Webber, and Callum Turner) makes their way across the country, stealing fuel and searching for paying gigs. A tip leads them to a gig for a group of white supremacists – but a paying gig is a paying gig, right? 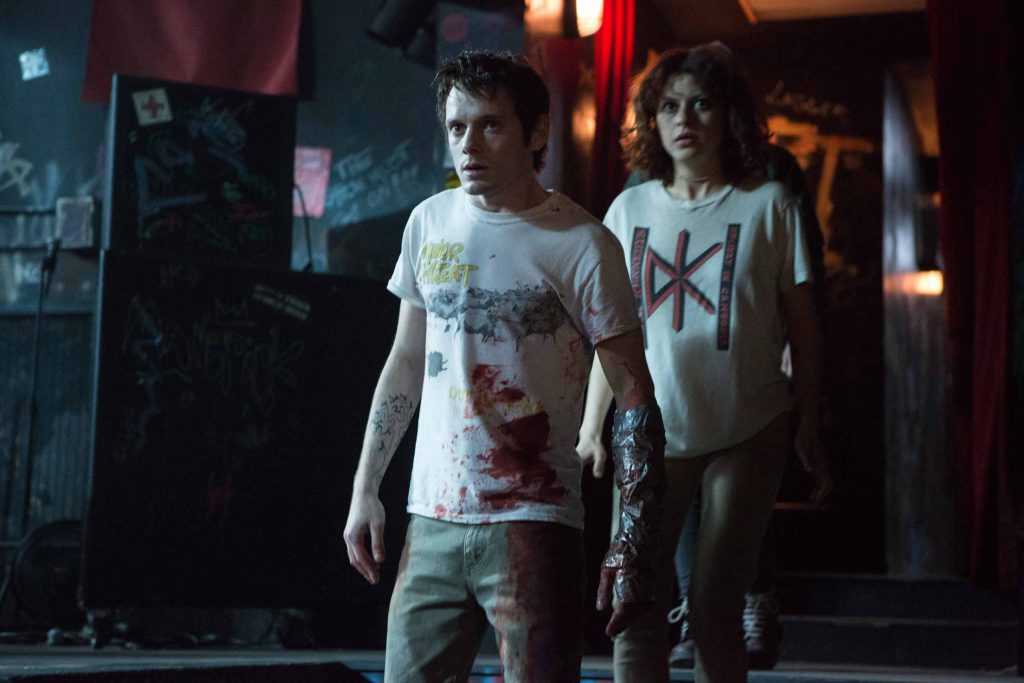 After their set, the band is shooed out of the building as quickly as possible, but not before they inadvertently walk in on a murder. Now they’ve seen it, the band is held hostage. When the shady owner of the club (Patrick Stewart) arrives, it soon becomes clear that they will not be allowed to leave alive. They must fight their way out or resign themselves to their inevitable end.

Green Room is an extremely well made film. It is atmospheric, beautifully shot, excellent script, and even better performances. There is no one in this film I did not believe 100%. All of this further adds to the feeling of realism (including the first half hour of setting up a struggling young band and their way of scraping a living as performers), and thus the film’s utterly terrifying nature. It was way too real for me. I may have laughed at points, cringed at the gore at others, but for the most part, I was trying desperately not to shit my pants. This film is definitely not for the faint of heart. 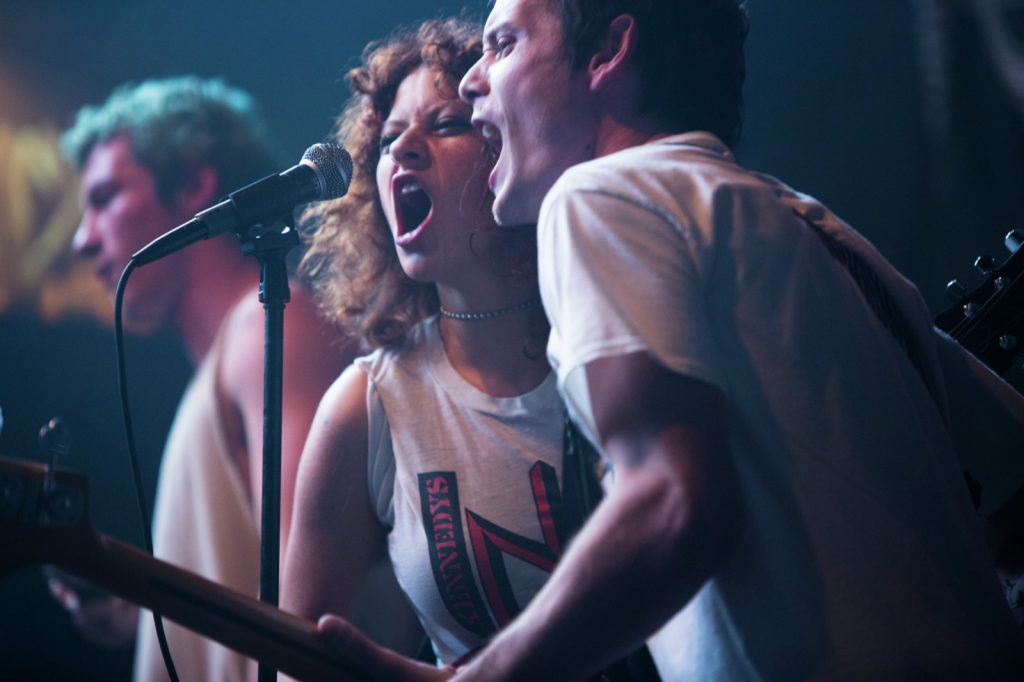 Having said that, it still sticks to horror film tropes rather closely. You never really worry that no one will make it out alive. At least someone will. And the baddies will get their comeuppance, there’s no question. But the realism helped to up the stakes, pushing us past our knowledge of the film conventions to make us on edge throughout. People like this do exist and it is entirely believable that they would be so ruthless when it comes to keeping their group afloat.

I find that the best horror films rely heavily on character – I’m not a fan of the films where the characters walk down that dark alley by themselves, basically running straight into danger. Instead, I prefer each character to be well defined and have motivations well established. The time spent with the band early on gives us insight into the group and their behaviour without the added stress that comes later. So when shit does get real and the dynamic shifts, how each person acts is entirely credible. 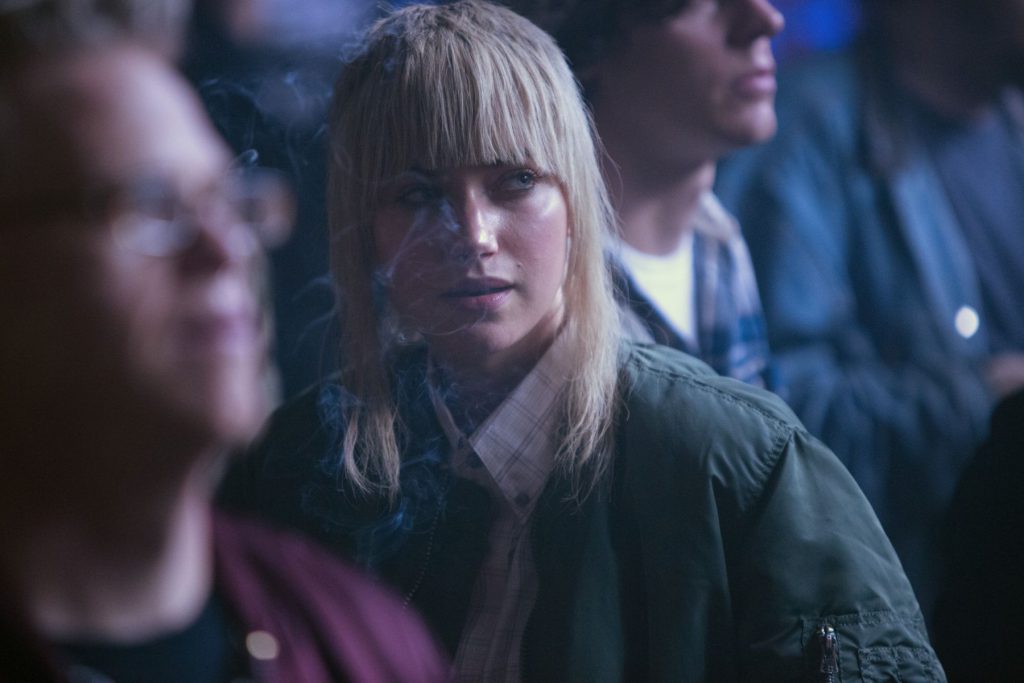 Meanwhile, Saulnier relies on broad-brush strokes for much of the baddies’ motivations. And it works. The audience will immediately come up with their own views of white supremacists and generally believe in their capability to act that way. To avoid being too reliant on stereotypes and generalisations, we are given two focal characters: the evil Darcy (Patrick Stewart) and redeemable Gabe (Macon Blair). Allowing the audience to get closer to these characters is a very clever move by Saulnier. Often in these kinds of films, the big bad is an enigmatic figure, never in the limelight. But here, we understand why Darcy does what he does, and worst of all – it actually makes a sick kind of sense. 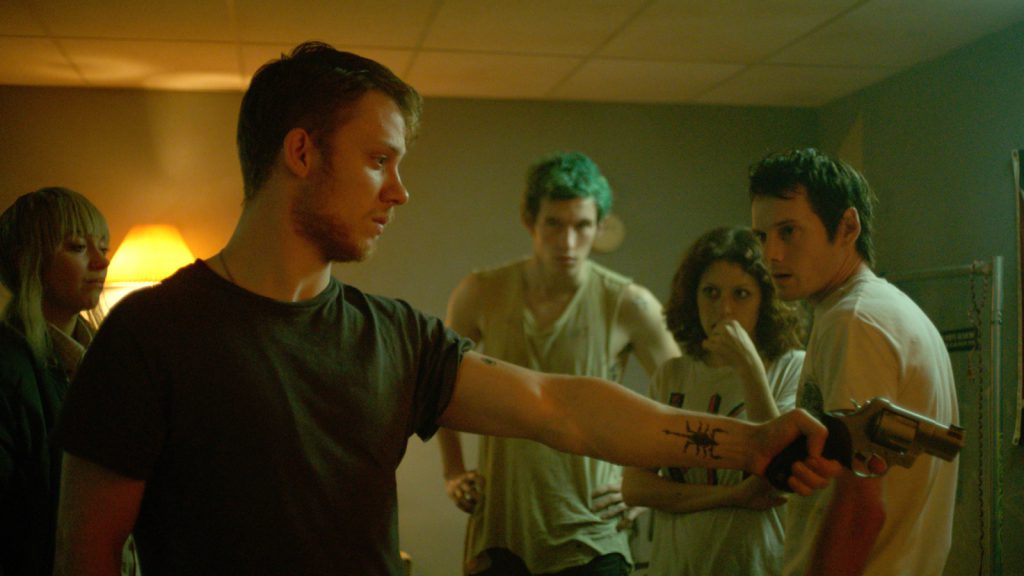 Verdict: Excellent horror film. Realistic, gory, frightening, and tense. One to watch with the lights on.

Green Room will be showing in UK cinemas from the 13th of May and has already been released in the US.

Previous: Son of Saul: Rabbi, help me bury a body
Next: Arguments for a shared experience: Does what the artist intended matter?