Home / Film / The Accountant: Who Survives This Clientele? 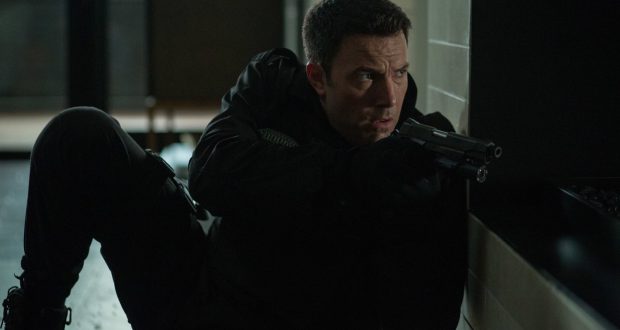 The Accountant: Who Survives This Clientele?

This is one of the most interestingly garbled films I have seen in some time. Trailers for The Accountant projected it as a sort of David Fincher-esque paranoid financial thriller with an withdrawn obsessive as its lead. In fact, this is a messy Bourne knock off with a few elements of Batman thrown in, plus a bizarre lashing of autism empowerment book-ending the action. Sometimes structurally unsound buildings are more intriguing, I guess.

Ben Affleck plays a higher-functioning autistic accountant who untangles the finances of drug cartels, crime syndicates and terrorists. As he is called in to resolve the anomalous finances at a shady technology company, assassins conspire against his interests, and a rookie analyst at the Treasury Department goes on the hunt for him. None of these arcs develop in a satisfactory way and their interrelation vary between the immensely contrived and the non-existent. Vast chunks of this film are entirely superfluous.

Whole sections and character arcs amount to nothing 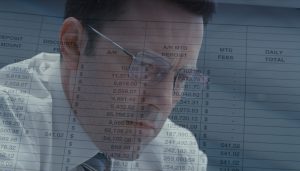 The Accountant quickly drops its pretensions to being a smart thriller with its daft and overly simplistic arcs. The focus here is on some not altogether bad action set pieces, though these lack a decent narrative context to really support them. Affleck is himself fine even if his character is patently ridiculous: he’s got a troubled parental past, has had dense military and martial training in the East, and due to his autism is mentally brilliant. He’s basically a more unsocial Batman. Around him we have a normal-accountant (Anna Kendrick – does nothing), the Treasury investigator and Treasury Chief (Cynthia Addai-Robinson and J K Simmons – do nothing), and a sinister assassin (Jon Bernthal – does nothing and then has a really stupid and obvious twist).

The weakness of the surrounding cast is not only down to the characters’ lack of agency or relevance to one another. The only method of character development known to the filmmakers appears to be delivering wooly and hackneyed exposition on their backstory. Believe it or not, I do not care about the irrelevant upbringing, past careers and family life of these people, especially when they have no role within the film in the first place. I cannot stress enough the degree of wasteful chaff in this flick. 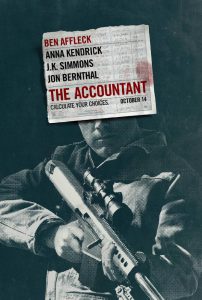 Perhaps we had best unpack the depiction of autism in this film. I am by no accounts an expert on the condition but things are a little off-key here. Though the ethos of promoting the de-stigmatisation of autism is laudable, it is done so with little subtlety or grace in the sections at the treatment centre at the open and close of The Accountant. That’s nothing much to complain of, and the details given in broad strokes to explain the condition seem accurate. When we get to Affleck’s character, however, it is interesting how his autism has dovetailed precisely into making him an archetypal film badass. As one of my friends put it, ‘autism seems to make him really good at taking a punch’.

I’m often skeptical of low brow action films shoehorning in overt agendas. Sure, I want them to be progressive where possible but The Accountant shows how nonsensical the results can be when we expect thoughtful treatment of subject matter beyond the filmmakers’ grasp. Calling this an ‘autism-action film’ would make the movie sound far more exploitative than it is and I do get the impression that this was intended to be supportive and empowering. But having seen The Accountant, it’s clear that the autistic community deserved better.

Verdict: Affleck is the main redeeming feature is a bizarrely shoddy action film.

Previous: Lazarus: I’m a dying man who can’t die
Next: Arrival: What is your purpose?