Home / Film / Passengers: We were woken up too soon 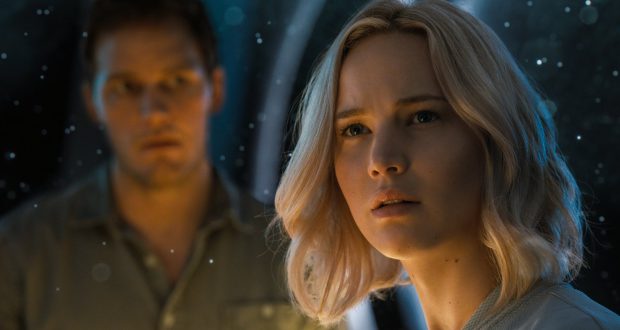 It’s the last big blockbuster of the year, a sci-fi extravaganza with top dollar effects and two of the biggest names in the industry in the starring roles: Chris Pratt and Jennifer Lawrence. Passengers tells the story of two people trapped on a luxury space liner, released from cryogenic stasis 90 years too early. The premise, in fact, becomes more twisted than the trailers let on (an increasingly rare occurrence) but I’ll not spoil the embargo they place on proceedings. In an age when the importance of ‘big names’ to ensure box office returns is rapidly diminishing, it is fascinating to see a traditional two-parter action-adventure-romance framed so entirely around its massive stars. And effort has been dedicated to giving the big stars a big damn production to get their teeth into.

Passengers is, all told, a well-made and engaging film… if you can overlook some of the diabolical emotional manipulation that the film never quite owns up to. The complexities of the relationship between Pratt’s Jim Preston and Lawrence’s Aurora Lane goes a lot darker than I was expecting, which is to the film’s credit, but just as it is preparing to delve even deeper into horrible territory, Passengers capitulates into commendable but safe disaster movie action. 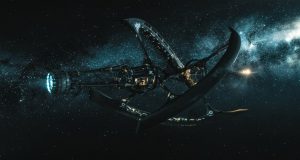 The film essentially has two modes: the personal drama between Pratt and Lawrence and the ‘save the ship’ antics that you always knew were coming. Both are very solid in and of themselves – I was genuinely impressed with the simple and measured approach to the story-telling – but the film is adhering to a well-trodden formula and it occurred to me after the viewing that it used its big buck finale to plaster over a lot of dangling issues between its protagonists.

Let’s be clear about expectations though. Passengers is a mainstream blockbuster. It was never going to be the gnarled interpersonal drama I wanted; this is not experimental, art house or independent cinema. There’s no merit to me complaining about the Poseidon Adventure in space material at the close: the film makes its intentions and trajectory very clear at the start. I knew what I was getting into. But that doesn’t excuse the film from some terrible implications in its depiction of a happy relationship. 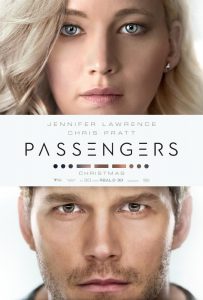 And this is a real pity because the leads are genuinely charismatic and the script is otherwise solid. Their romance is natural but the worm at the heart of it – which the film is perfectly upfront about in narrative terms – does not get the attention or resolution it deserves. Clearly, I am talking around something and within 10 minutes of the film starting, you will realise what. And then you will realise how the film is going to resolve to deliver its conventional Hollywood ending.

As far as big studio formula films go, it’s rare to find an example with such obvious craftsmanship. You’ve seen this film before, both in terms of its template and as it borrows freely from elsewhere (though I give it credit for occasionally picking more obscure sources – who even remembers Red Planet?), but there’s no questioning that the director Morten Tylden grasps pacing and structure to a degree his peers should envy. Just WHY did he have to wuss out on tackling the big issue of the film?

Previous: The Muppet Christmas Carol: Wherever you find love, it feels like Christmas
Next: Megan’s best and worst of 2016