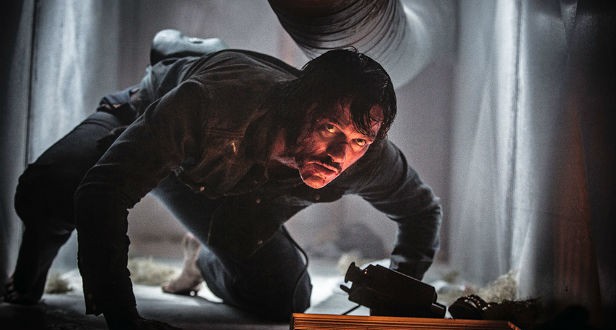 For many it has been a rough year, full of all sorts of political and social tribulations. In film at least, I think 2016 has been a pretty damn good year. Yes, yes, there have been plenty of crappy films but that is always going to be the case. Rarely do I have so much difficulty picking my ‘best of’ though. In any other year, entries as low as my fifteenth could have topped the list and I still don’t know if I have got this right with my final calls. If you haven’t already, check these gems out.

Oh, and obviously don’t look up the turds at the bottom.

I saw this film at the start of the year and though many films have clawed for my attention, I could not bear for this film to not gain pride of place in my top five. A four-parter with incredible performances and searing sexual tension, it completely rehabilitated my opinion of Dakota Johnson after Fifty Shades. THAT is saying something. 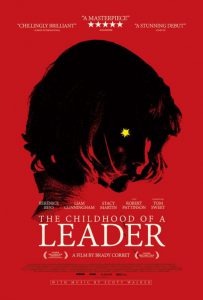 As I said in an article earlier in the year, one of the concerns of making these end of year lists is to find something a little different across each entry to give a good spread of experiences. This historical horror-drama oozes individuality with ample dashings of malice. It’s chilling and horrible without ever being gratuitous. The stylish camera work and exemplary score make Childhood of a Leader a memorable and unique contender for best film of the year.

Sometimes you see a film and think it is meant for you. High Rise is a vortex of psychosis channelling themes of social organisation, architecture, class warfare and 70s culture. Ben Wheatley did a formidable job adapting J G Ballard’s ‘unadaptable’ work into an innately cinematic form. It is intimidating in its skill and I only hope Tom Hiddleston keeps up with proper acting roles like this as bland studio films try to lure him away.

The best thing about Anomalisa is not its well implemented stop-motion animation, its atmospheric cinematography, or its typically witty script courtesy of Charlie Kaufman. The real strength of Anomalisa is that I had no idea where it was going and how far it would delve. What was a originally a tragic-comedy managed to encapsulate farce and even nightmarish horror. Even in its trippiest sequences, it finds the most absurd and terrifying content in the everyday interactions between people.

In a good year, the top film has to have a definable edge over all its competition. Embrace of the Serpent has that in being entirely new. For all the style and innovation of the films below it (above it, on this page layout), no other managed to make me feel like I was watching something I had never seen before. The film about two trips to find a rare flower in the Amazon was so conceptually ambitious it was beyond great. It was important. 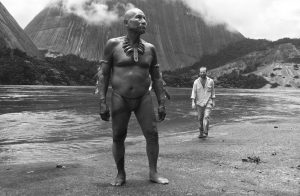 And then the ‘worst of’… As I said, we must never let the likes of these films drag the medium down. But ignoring them is like ignoring a mugging. All too sadly, a couple of these films made off with our wallets.

Pretention is a sin unto itself. I will happily hurl insults at any film posturing towards insight or meaning that it has no claim to. American Honey went beyond this. American Honey is a celebration of crassness masquerading as a commentary on it. This film looked into the void and became the void itself. 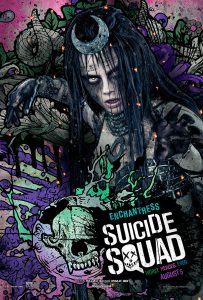 I don’t think superhero films are inherently bad, they’ve simply become the prevalent trend in our action blockbusters and they are lucrative. As a result of that they are churned out by the film factory that seeks to flood the market. Suicide Squad is the result of plummeting quality levels on the production line. Every shot, every line of the script, every brashly employed pop song splurged out in this mess is the result of studio execs cynically trying to milk more money from the withered teat of this trend.

Like no other film on this list, I genuinely think Tarzan was released before it was finished. The only way this baffling and badly edited monstrosity could have ended more appropriately is if the screen had spontaneously burst into flame. Do not mistake me. This was not a disaster movie. It was a disaster. 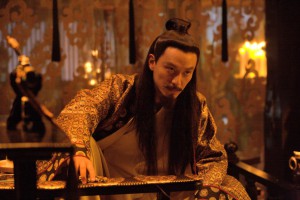 Nothing stings like disappointment. When I heard I had the chance to see a universally acclaimed, stunningly shot, densely plotted period drama that was scripted entirely in historical Chinese, I was excited. What sore hurt those expectations yielded! The most disappointing film of the year by miles, this aggressively boring and overlong slog was an assault on my patience. Never dare to dream. 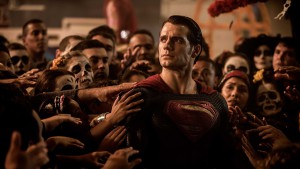 Sadly, for all my efforts, I don’t get to see everything that comes out in the year. I am never going to lament not seeing Storks or the second Independence Day film but I did miss out on some promising flicks. I didn’t see them so I can’t say whether they were good, but by all accounts they had promise. I hope to tick them off before long.

Everyone but me is hailing this as one of the greatest films of the year. Are they right? I don’t know. But I am painfully aware that any assessment of 2016 in film is lacking by having not seen this film. 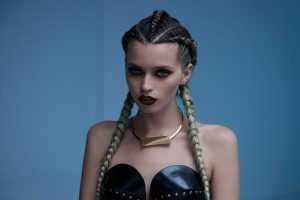 Despite being a huge fan of Drive (who isn’t?), for the second time I have managed to miss the subsequent theatrical release of a Nicholas Winding-Refn film. Notoriously visceral and lurid, this skewing of the extremity of the fashion industry is meant to be something to see, love it or not. I can only offer my excuses for missing out.

Hunt for the Wilderpeople

I actually had to choose between seeing this and another countercultural escapade in the woods, Captain Fantastic. I very much enjoyed Captain Fantastic, but this spirited film from New Zealand seems poised to have the greater reputation for posterity. 2016 was a good year for people escaping from society in the back o’ beyond, apparently.

Tagged with: 2016 A Bigger Splash American Honey Anomalisa Batman vs Superman Best of Childhood of a Leader Embrace of the Serpent High Rise Hunt for the Wilderpeople Suicide Squad The Assassin The Legend of Tarzan The Neon Demon The Witch Worst of

Previous: Megan’s best and worst of 2016
Next: A Monster Calls: The truth that you hide, the truth you dream