Home / Film / Life: Be careful what you search for 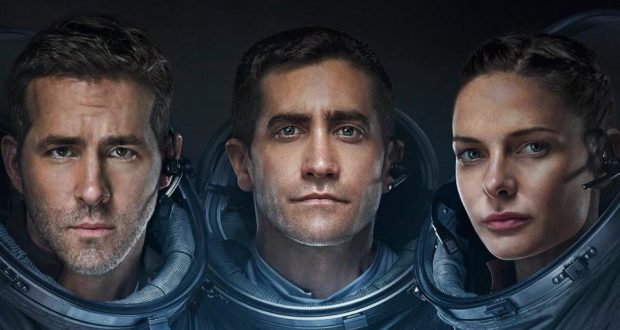 Here is a review of Life in one sentence: an unacknowledged Alien reboot where the humans bring the alien on board deliberately. Once you know the premise of this film, you know exactly how it will play out. There is nothing new or original present in the entire 103 minutes. Given that horror films rely on the audience being on the edge of their seat, this is a real issue. I was bored and not the least bit freaked out.

Life follows the story of six astronauts on board the International Space Station who recover samples from Mars with the first signs of life beyond Earth. They then proceed to prod and poke it using an idiotic version of the scientific method that real scientists will face palm about. At first, the creature, named Calvin, appears friendly and curious, but he quickly turns hostile (and who could blame him? The humans electrocute him and then try to burn him to death…). After all, all biological life forms want to survive.

I’ve noticed that many modern ‘space’ films, especially those who try to play off the idea of ‘possible science’ have a similar cinematographic style, which Life embraces wholeheartedly. The camera mimics the weightlessness of space by never being entirely steady, as those the camera is also floating in space along with the characters. This is also evidenced by strange angles and disorienting shots that spin the viewer upside down.

Given the confines of the space in which our characters inhabit, the camera likes to focus on the minute. With the expanse of space outside, it is the minute that captures the focus of the lens. This means lingering shots of expressive faces, preoccupation with how hands work the manual manipulation of the environment, or microscopic views of a mouse’s whiskers. They might be in outer space, but their world is cramped and immediate. The viewer is never allowed to forget that.

The early creature design is promising. Calvin is introduced as an amorphous creature with the ability to mimic different shapes. As he grows, his shape becomes more defined, but he remains completely ‘alien’ in terms of our current understanding of what biological life (bigger than single-celled organisms) looks like. Unfortunately, by the end, Calvin is just another typical horror alien. It is Alien 2.0. Only it is even less scary, being entirely made of shiny CG. He was scarier as an ill-defined, unrecognizable alien creature. 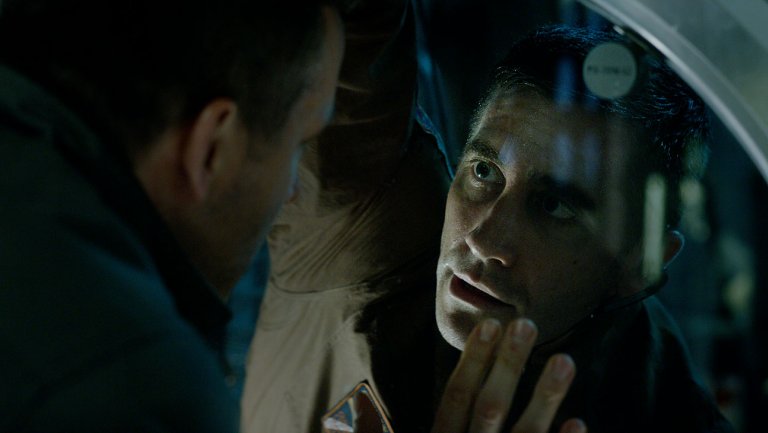 This film is so obvious in its ‘message’ I couldn’t help but roll my eyes melodramatically (which of course no one saw, damn the darkness of the cinema!). Early on in the film, Dr. Jordan (Jake Gyllenhaal) laments the cruelty and violence of Earth, telling Dr. North (Rebecca Ferguson) that he doesn’t ‘like’ what humans do to one another down on Earth. They all but included a neon flashing light screaming ‘FORESHADOWING’. Of course, the idea of war and violence is abhorrent and ridiculous to most of us and is a worthy issue to explore, but Life does not add anything to the conversation or look at the issue with any intelligence. In fact, the rest of the film is the story of our ongoing stupidity.

Calvin first becomes ‘hostile’ after being electrocuted. The scientists then watch him be friendly with the mouse until the mouse bites him… but do any of them make the connection? Nope. If you have yet to find a way to communicate to a new life form, surely it makes sense that causing it pain and suffering will necessarily prompt a defensive response. Life made me wish I was seeing Arrival again – a film with a conscience and an exploration of smart scientific approach to new life. If only Life’s filmmakers had bothered to give our human characters even basic common sense. 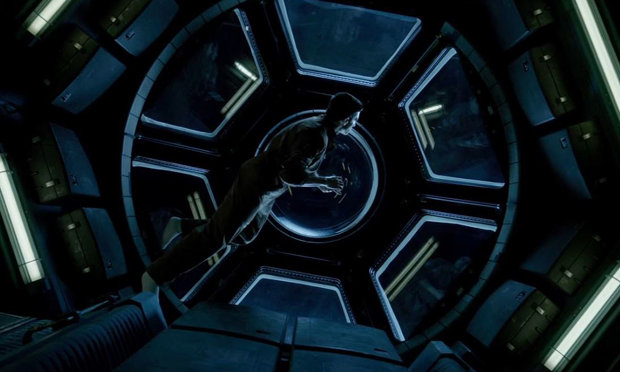 Their stupidity doesn’t end there. As with many horror films, our characters are supremely thickheaded. There might not be the dark alley or the basement that is the obvious poor choice for a defensive retreat, but they make plenty of obvious errors that I’d hope real astronauts would be clever enough to avoid. Not only that, these are meant to be scientists and doctors – so why do they all behave in such sentimental ways that constantly put their mission and the rest of humanity at risk? If Ryan Reynolds’ Rory never attempted to rescue Hugh (Ariyon Bakare), Calvin would never have escaped. Every time another crewmember is in danger, they disregard all the talk of ‘firewalls’ and ‘quarantine’ in favour of idiotic, emotionally driven decisions. How were we supposed to care what happened to these people if they were so determined to destroy themselves?

And if all that didn’t annoy you enough, the ending is cheap.

Verdict: A familiar re-hash of a scifi horror staple with no fright factor. Life has no bite.

Previous: What makes a good short story collection?
Next: The Ninth Rain by Jen Williams