Home / Comment / The art of the trailer: Misleading the audience 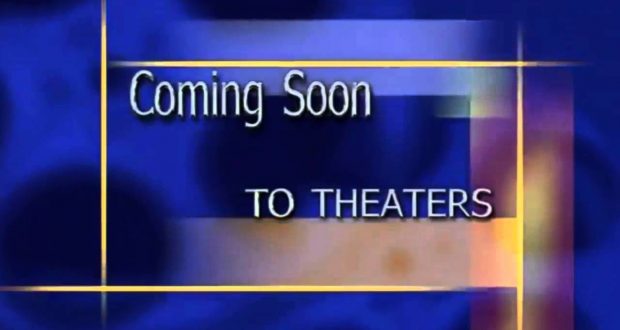 Trailers are like mass market elevator pitches for films. They are meant to hook the audience, telling them enough about a film to fuel interest but not so much that the entire plot of the film is ruined. Writing a brief but punchy pitch for a novel is hard enough, so I can only imagine how difficult it is to put together a solid trailer. But difficult doesn’t mean impossible. It is possible to make a great trailer.

One of the most common problems in trailers is the misrepresentation of the films they are attempting to sell. This can range from heavily featuring a well-known actor in the trailer who has little more than a bit part in the film, casting the film in a different genre than what it is, to simply giving away the entire plot of the film. And let’s not forget the classic example of Pan’s Labyrinth, where the trailer never gives away the fact that the film is entirely in Spanish!

Leading with an A-lister

Securing a big-name celebrity for your film is crucial for success. Often, it is only an attached A-lister that gets a film greenlit by a studio. But what if that A-lister is only appearing for a cameo? Apparently, the marketing teams don’t care about such things. If there’s a big name on the cast list, that’s the one that will feature most in the trailer.

Take 2014’s Godzilla reboot as an example. High on success off the back of Breaking Bad, Bryan Cranston is given almost all of the screen time in the trailer. You wouldn’t be blamed for thinking he was the main character in the film, except that he appears for only 10 minutes or so. But he was the bigger name, so that’s what the studio went with.

For those of you who have seen Quentin Tarantino’s 2009 fantasy WWII epic, Inglorious Basterds… would you say that Brad Pitt has a starring role? No? What if you were to base your assumptions on the film’s trailer? The trailer could almost be for a different film. Pitt’s character is but an interesting feature of the B-plot. And yet his name was too much for marketing to resist.

Perhaps the most baffling example of a trailer featuring characters or actors who are only supporting players in the actual film was Disney’s focus on Olaf and Sven in the first trailer for Frozen. For a film all about two sisters and their relationship with each other, it doesn’t actually feature either of them. Instead, the trailer aims to recreate a feeling reminiscent of the successful Ice Age films, with Olaf’s carrot nose replacing the squirrel’s acorn.

Misrepresenting the genre of the film

There are plenty of other ways to misrepresent a film in a trailer. One of the quickest ways to bring an audience up to speed with what a film is going to be about is by relying on genre tropes. Tropes are excellent reference points for audiences and perfect for use in the short trailer format. Except when the trailer depicts tropes of an entirely different genre to the one the film conforms to.

Based on the trailer above, I’d assume that Braveheart was a kind of historical romance story. That’s what it is, yeah? All those fight scenes are just dressing for the overall romance story, right?

For Warner Bros. apatation of Broadway Musical Sweeney Todd, they seemed somewhat reticent to advertise the fact that it was actually a musical. You’d be forgiven for missing the musical element entirely in the trailer, given it appears half way through in the least melodic of all the musical numbers, and even then for only a few seconds. Surely the decision to adapt a popular musical is that it is already popular? Why be ashamed of such a genesis?

Looking at the above trailer, you would be excused for expecting a typical Jim Carrey over-the-top comedy. But that is exactly the opposite of what Eternal Sunshine of the Spotless mind is. The trailer in no way suggests that this is one of Carrey’s best dramatic performances or that the story is rather bittersweet and philosophical. It looks very ‘out there’ and farcical, nothing at all like the philosophical and meditative narrative the film presents.

A few other honourable mentions in this category include:

Giving away too much

Most of us expect that a trailer is only a flavour of what the rest of the film has to offer. If the trailer delivers on hilarious jokes, we assume that there will be many more in the film. But what about when the jokes in the trailer turn out to be the best of an otherwise lacklustre bunch? I have been burned more than once by a comedy that looked hilarious in the trailers only to discover that was the full some of the humour of the full piece, only spread out over 90 minutes.

While Hail, Caesar! was an enjoyable enough film, they used the best scene in the film for the trailer. Of course the film was going to be a let down after this!

What if the trailer actually gives away the entire plot of the film before you’ve even seen it? It is natural that we’d assume – especially in the day and age of spoiler warnings – that a promotional tool wouldn’t give away the ending. I mean, part of wanting to see a film is wanting to know how it all ends (even if we know based on our knowledge of tropes and genres).

We all knew that Tom Hanks’ character in Cast Away would make it off the island, that was a given. But the trailer probably shouldn’t have shown us quite so much of the ending. This isn’t a trailer but a super condensed edit of the entire film. There’s no need to see the film at all now!

Here are the lessons for marketers to take away – don’t advertise a big name at the expense of the actual star of the film, make sure you know what your film is actually about before creating the trailer, and don’t give away your best material before the audience has even bought a ticket! After all, if you’ve only got enough good content for a decent trailer, there’s probably a bigger problem.

Previous: Binge watching: Bluestone 42
Next: Valerian and the City of a Thousand Planets: Ugh…