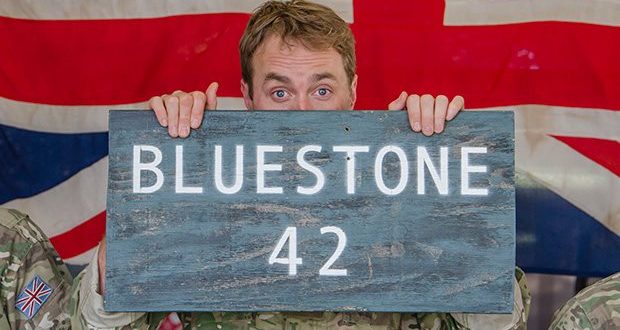 BBC shows have such short seasons that I often feel as though I blink and miss shows entirely. I had never so much as heard of Bluestone 42 when I stumbled across it on Netflix. What’s this? A military sitcom full of un-PC humour? How had I missed that? It sounded so completely in my wheelhouse. And, thankfully, the show did not disappoint.

So what is this little BBC 3 comedy, that you likely missed too, all about? Over in Afghanistan, bomb disposal unit Bluestone 42, spend their days disarming bombs. While the risks of their day to day job weigh on them, they let off steam by playing silly games, teasing each other, and talking about (but rarely having) sex. In other words, despite the imminent danger, hijinks ensue. Much like a little war dramedy known as M*A*S*H, Bluestone 42 flits between the serious, futile nature of war and hilarious black humour.

(Note: this article does contain some spoilers, though it is not a show where spoilers particularly impact viewing pleasure.)

Every character a different quirk

Bluestone 42 uses broad brush strokes to create its characters, playing into tropes and stereotypes. This works well within the confines of a sitcom, as there isn’t time to spend on in-depth characterisation. So instead, the writers use recognisable qualities to quickly define their characters. Using extreme stereotypes is also useful in creating comedy. Naturally, rivalries and conflicts abound with extreme personalities, only heightened by the extreme situation the characters find themselves in. 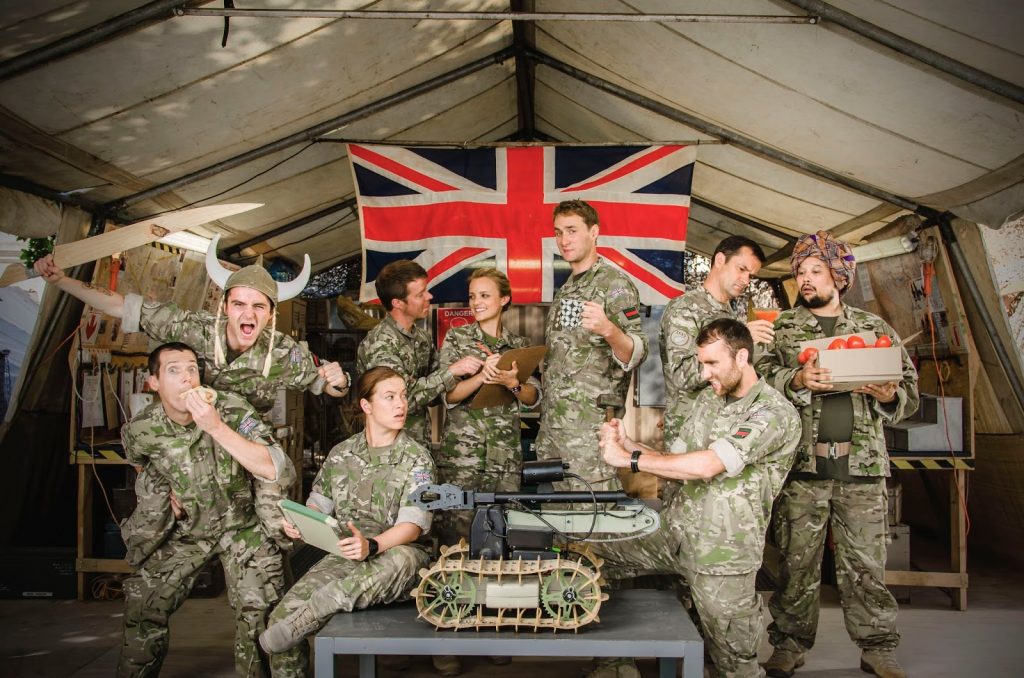 In any other format, this might have been appallingly lazy, but it works superbly here. The cast of characters includes, among others:

No time for that sentimental bollocks 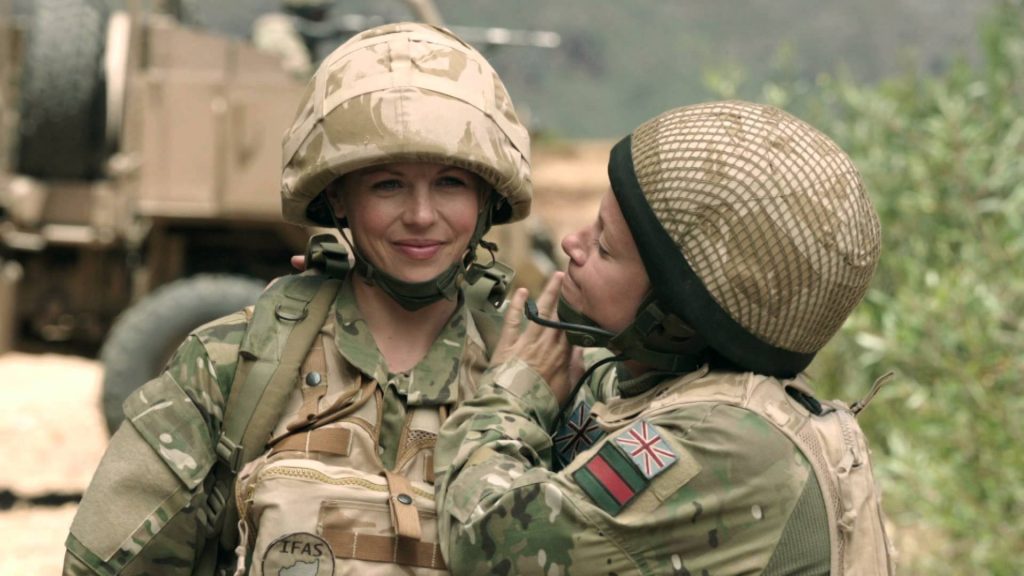 Given that the series takes place during wartime, it is no surprise that plenty of serious and upsetting events take place. Thankfully, the show never resorts to saccharine schmaltz. When it comes to violence, it is often depicted in quick, shocking ways. While this realism might be uncomfortable for some, the jarring nature of it along with the soldiers’ carrying on with their everyday duties is a refreshingly realistic depiction. Comedy is often used – in both fiction and real life – to cut through the horrors of traumatic events, and Bluestone 42 does this perfectly.

Even the emotional fallout of the war is explored without schmaltz. Instances where Nick, in particular, loses his temper with his teammates as a result of the stresses of the job. Even the best soldiers struggle with the mental toll of constant danger. From his use of ‘lucky Fisherman’s Friends’ before he defuses every bomb to the mood swings he experiences after the death of the officer who trained him, these are realistic stressors dealt with in equally realistic ways. This goes for the traditional sitcom tropes as well, such as romance sub-plots. Will-they-won’t-they storylines are a sitcom staple and Bluestone 42 is no exception, but there is no sickly-sweet resolution in this instance. Instead, the pursuit and subsequent conquest are used to further illustrate the characters. Would those characters actually get a happy ever after in real life? No? Then why should they in the show?

Balancing the tragic with the comic 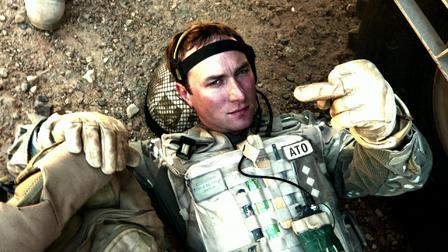 From the very first episode you know what the tone of the series is going to be like. We are introduced to an obnoxious American soldier who is there to see what the British teams are doing. All the characters hate him, and with good reason. Afghanistan is hot and all the protective gear the soldiers have to wear doesn’t help. But everyone knows the importance of keeping your gear on at all times. Except, it would seem, this veteran US officer. He takes his helmet off for a moment to cool down and is instantly shot in the head. It is quick and jolting. The team carry on with their job and complete the mission… and before they have even made it back to base, the jokes about the dead American have already begun. This is our introduction to the series.

While the series errs on the side of comedy for the majority of its run – and honestly, it really is very funny – it isn’t afraid to be serious either. For instance, when Nick is injured, the tone shifts a good deal for the majority of the aftermath episode. Each of the characters responds to the incident differently, highlighting the ways in which individuals deal with shock and grief. Towerblock investigates what happened, trying to prove to himself that being in that line of work won’t preclude him from being there for his wife and child after his tour of duty. Meanwhile, the Colonel keeps the majority of the team distracted with a silly game so that they don’t dwell on waiting for the outcome of their ATO’s surgery.

If you are looking for something a little different to binge watch, Bluestone 42 is a good choice. It is funny and thoughtful, violent and farcical. I wish more sitcoms were as well-made as this short-lived BBC series.

Bluestone 42 is currently streaming on Netflix.

Previous: The Big Sick: We put her in a coma
Next: The art of the trailer: Misleading the audience