Home / Comment / The art of the trailer: Genre tropes 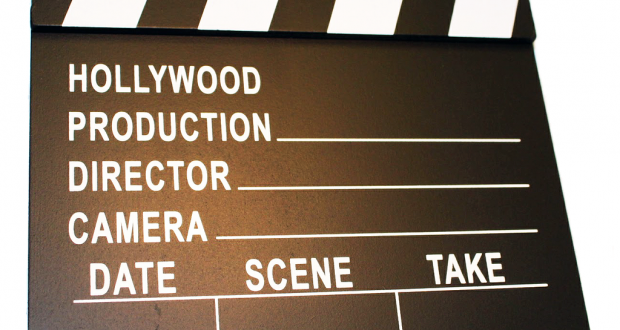 The genre of a film determines a lot, from typical plot points and character arcs to visual style. It’s no surprise then that trailers follow a similar pattern. It might sound obvious that the trailers for comedies and thrillers follow different patterns, after all, they are very different kinds of films. But just quite how structurally different the trailer narratives and the techniques they use are is rather impressive. Like screenwriting, with its very precise guidelines around when and where to put each beat in a 90-minute script, trailers are similarly rigorous.

As with a full feature film, trailers have the entire filming and editing toolbox at their disposal. This includes different styles of shots, length and style of cuts, soundtracks, order/juxtaposition of scenes, voiceovers, onscreen text, and more. These tools are used to establish tone and fulfil genre expectations the audience has. Here, I look at action and comedy films to highlight the different styles and editing techniques used in trailers.

Action is a fairly broad and generic genre label, covering several genres including superhero/comic book films and traditional spy films (like James Bond or Misson: Impossible); films that take themselves too seriously and those that are so tongue in cheek they are almost straight out comedies. No matter the tone, action trailers have two key ingredients: pace and stakes.

To increase the pace of the narrative, action trailers tend to use fast cuts. As the action builds, so do the number and frequency of cuts until they reach frenetic levels. This is almost image-led brainwashing – bright flashes of intense action scenes that are no longer important viewed individually but are there only to give a sense of rapid-fire action. These moments of escalating action are also often scored with loud, bass/beat heavy music.

Voiceover is another common ingredient in this style of trailer and is used to tell the audience what the stakes are. The voiceover might be dialogue from the film or recorded by a third party (you know the type – that booming voice that tells you this is the ‘biggest film of the summer’). It will make it clear why the characters are doing what they are doing and what is at stake for them. In action films, the stakes are often life or death. That might be as simple as ‘he’s a spy, this is his job’, or it might delve further into character motivations, such as losing one’s family and loved ones. The build-up of tension created by the short action cuts is nothing without the addition of real stakes.

Action films, just like their trailers, live and die by their big action set-pieces. If it is an action film, there must be an explosion, a vehicular crash, a run in with a big weapon, maybe even some hand to hand combat. Without these elements, it won’t feel like action. Of course, we all know that smashing a car into a wall that way doesn’t really make a big explosion, but we would feel cheated if the film didn’t do it. The trailer needs to establish that the foe the protagonist will be facing is unbeatable – despite the audience knowing otherwise. The stronger and more capable your protagonist, the bigger and more terrifying the bad guys need to be. This is a pissing contest, don’t you know? You show me Iron Man, I’ll show you the biggest guns you have ever seen.

While comedy films are often worlds away from action films, their trailers do share some similarities, the most obvious being the pacing. Like action trailers, comedy trailers often use very short scenes and frequent cuts for a punchy trailer. However, where action films prefer unobtrusive cuts, comedy films love splashy transitions (screen wipes, split screens, cuts accompanied by sound effects, and so on).

Comedy trailers love scenes that focus on a sense of place. It’s all about setting, with transitional views of recognisable skylines. They can be used to indicate the passing of time or even just to provide some breathing space between all the quips. But these views of the outside world are rarely static. Instead, the camera is almost always moving and often these shots are ‘sped-up’. Like action, comedy is meant to be fast paced, with the jokes coming in at a mile a minute.

The moving camera is not unique to shots of scenery. Comedies love the camera to be moving at all times, with a particular penchant for reverse dolly zooms (of different degrees of subtlety) when involving close ups of actors faces. When a shot features a lot of camera movement, it is often accompanied with sound effects of zooming and swooshing. Everything is always on the move… comedy trailers are the Aaron Sorkin of the trailer world.

Trailers for comedy films love a third party, generic voiceover accompanying large, animated, on-screen text. The text tends to feature marketing slogans and generic buzzwords, with messages like ‘this summer’ and ‘get ready for…’. Just in case you weren’t sure how you were meant to feel about the ridiculous antics being shown, generic voiceover man is here to help.

If you bother to take note, you will find that all trailers of different genres follow similar patterns. Horror trailers have a lot more silence than other film trailers and tend to have more space between scene cuts, for instance. Each genre has its own hallmark.

Previous: Age of Assassins by RJ Barker
Next: The Defenders: It’s too late for heroes