Home / Uncategorized / I Just Like Extremism: The Weird & Wonderful World of Jim Steinman 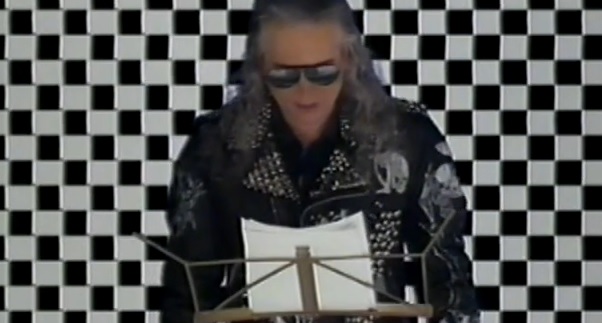 ‘If you want my views of history then there’s something you should know
The three men I admire most are Curly, Larry, Moe’
– ‘Everything Louder Than Everything Else’

In the late ‘60s, Elektra Records employed Danny Fields as their ‘company freak’. Openly gay and fond of licking LSD in the office, Fields was a connection to the street for Elektra’s office-bound executives. If you doubt the wisdom of this strategy, Elektra signed both The Stooges and the almighty MC5 on Danny’s recommendation. A decade later though, the era of the company freak was long gone. The first record Jim Steinman wrote was turned down by every record company going. Multiple times.

Yes, Jim Steinman. Who? Ok, full disclosure: This is an article about the man who wrote Celine Dion’s ‘It’s All Coming Back to Me Now’. And Boyzone’s ‘No Matter What’. But he’s also the man behind ‘Love and Death and an American Guitar’. 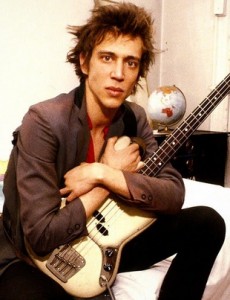 1977 was the year punk ‘broke’, bounding into the social consciousness. While the music sought stripped-down return to rock & roll’s intensity and energetic simplicity (avoiding twin pitfalls of self-importance and -indulgence), the musicians’ creativity gave them stage names and discordant DIY style, expressing everything from The Clash’s comic strip geopolitics to the stylized existentialism of Richard Hell. Figures like The Dead Kennedys’ clarion-voiced Jello Biafra and Johnny Rotten’s Richard III-inspired persona brought theatricality to the sparse musical attack. At the other end of the musical scale, 1977 saw the arrival of another cult musical phenomenon. A phenomenon so cult it was a single album. The first album written by Jim Steinman was Bat Out Of Hell, and it went on to sell over 40 million copies. 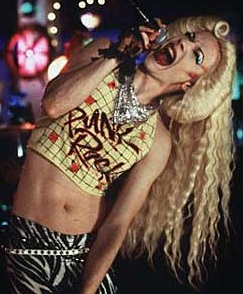 It’s easy to forget now how odd the proposition of Meat Loaf actually is. A 25 stone Texan belting out six-, eight-, ten-minute songs of operatic rock and roll? And most of them weepy ballads? Not a conventional recipe for success. Steinman got into musical theatre by mistake: his ‘three hour rock epic with tons of nudity’ The Dream Machine was signed while he was still in college, studying film. Similarly, Meat Loaf entered musical theatre when Steinman insisted a part be written for him into More Than You Deserve. Meat had been trying to get a job in the theatre’s car park when he auditioned. (Gaining renown in then-preeminent transvestite rock opera The Rocky Horror Picture Show, Meat closed a circle in 2003, when he recorded a song from now-preeminent transvestite rock opera Hedwig And The Angry Inch.) 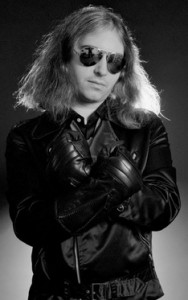 Bat Out Of Hell was critically lambasted on release. It didn’t appeal to the kind of clamour that had surrounded Bruce Springsteen a couple of years earlier, but a lot of similarities went unnoticed. The pianist and drummer on Bat were Roy Bitten and Max Weinberg, both of Springsteen’s E Street Band. Several songs were mixed by Jimmy Iovine, who’d mixed Bruce’s Born To Run (one of Steinman’s all-time favourites). Even enthusiasm from E Street’s ‘Miami’ Steve Van Zandt was said to have helped secure Bat a deal. But the real similarities were in the songwriting. Much as Springsteen did in ‘Thunder Road’ and the ten-minute epic ‘Jungleland’, rather than deal with straightforward realism or Dungeons & Dragons fantasy, Steinman sought to elevate an everyman adolescent’s fumbling and desperate efforts to the level of mythological epics. Small-town dreams of escape; a love of motorcycles and vintage rock & roll; the romantic importance of a single, desperate night. That the public wasn’t immediately onboard wasn’t a problem. Steinman would take to the stage dressed all in black leather and, before a note was played, do a ‘sort of striptease of gloves’ before the bewildered audience. His reaction to the wall of booing that ensued? ‘I just thought it was really cool that they hated it so much.’

He may not have been of the rock & roll world, but he was definitely of its attitude. Inspired by his heroes – Wagner, Hitchcock, Spector – Steinman’s music uses elaborate and convoluted, multi-part arrangements, channelling in bombast and excess the emotional storm of teenagedom. He regarded the songs on Bat (average length: 7 minutes) as single edits, as he’d already whittled them down from 20 minutes each. The soaring, distorted two-minute intro of ‘I’d Do Anything for Love (But I Won’t Do That)’ is more grand and exciting than most bands’ entire songs! Evident right from the ludicrous piano line and Who power chords that open Bat Out Of Hell, Steinman’s music seeks to answer the eternal question of whether it’s possible to throw devil horns and jazz hands at the same time.

Steinman relates the majority of his work to a fascination with the unaging Peter Pan, ‘the greatest rock & roll myth I could think of’. His fondness for theatrical monologues and spoken interludes remained and the tale of a seventeen-year-old killing a boy with a Fender guitar, ‘Love and Death and an American Guitar’ (later revisited as ‘Wasted Youth’) is quintessential Steinman: motorcycle, rock & roll, patricidal urges and a guitar with “the voice of a horny angel”. His theme song though, would be the title track of his one solo album: Bad For Good. Lines like “If there’s something I want/Then it’s something I need”, “I don’t know why you want to go on sleeping/When there’s nothing left to dream about” and “believing in a life after birth” perfectly capture adolescence’s impetuous and anguished megalomania; the bizarre growl in his voice almost sounding like it’s breaking all over again. He’s never going to be what he should. The audacity and sheer impropriety of Steiny’s arrangements beg you to be dragged along with their contagious enthusiasm. Even the visual tone set by Richard Corben’s diabolical cover art is ludicrously, awkwardly teenage. 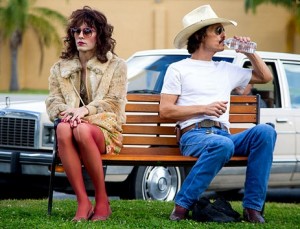 Jean-Marc Vallée’s adorable AIDS and crossdressing romp Dallas Buyers Club (like punk songs such as ‘Let’s Lynch The Landlord’ before it) showed serious subject matter can have more impact when approached less self-consciously seriously. And Steinman is absolutely serious about the intensity of teenage years. Unlike Chuck Berry’s songs of high school, uncomfortably peering in from outside, or babyboomers carrying adolescent values with them into middle-age, Steinman recognises the absurdity of it, shading his portrayals with hindsight but never relinquishing how absolutely serious his subject matter should feel. The beauty of ‘Heaven Can Wait’ can sit alongside epics of teenage dating, and the fierce and innocent sincerity Meat Loaf’s delivery brings almost dares you to laugh. ‘Paradise by the Dashboard Light’ may be an eight-and-a-half-minute paean to backseat nookie – complete with Phil Rizzuto calling the plays through the bases – but the middle-aged punchline counterpoints the white hot sexual tension of the teenage dream. The irreverence in retrospect just adds weight to the carefree truth that “We were doubly blessed/Coz we were barely 17 and we were barely dressed”.

Perhaps Steiny’s greatest single work though is ‘Objects in the Rear View May Appear Closer Than They Are’ – a heartbreaking, mythical Midwest fable of adolescent tragedy, joy riding and escape. If One Tree Hill were adapted as an opera, it wouldn’t be far off. With its pseudo-profound moral of “If life is just a highway/Then the soul is just a car”, ‘Objects’ finds real profundity in its ridiculousness, drawing on Meat’s own physically abusive childhood and finding salvation in sex. Few lines touch Steinman’s rock-&-roll-as-mythology aim like the reminiscence of “I can see her rising up from the back seat now/Just like an angel rising up from the tomb”. 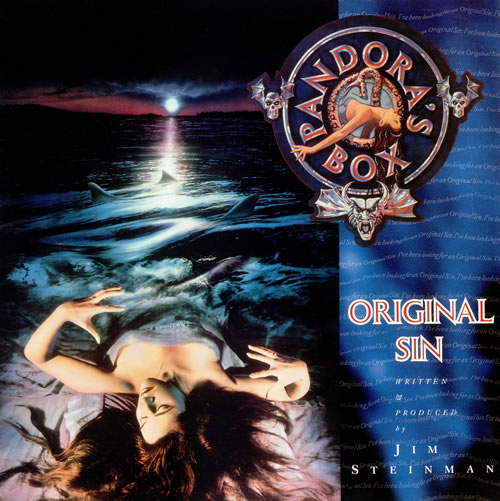 When Steinman assembled the girl group Pandora’s Box, he recorded an impressively dextrous solo piano piece for their album. In a play on the tone he titled it ‘Pray Lewd’ (geddit?) and interpolated several of his songs throughout. With his perfectionism leading to great gaps between releases, Steinman’s never been averse to recycling material. ‘All Coming Back’ got its first outing on the Pandora’s Box album, Original Sin, and songs from his solo record have frequently resurfaced. While his original ‘Bad for Good’ tops Meat Loaf’s slightly less fleet-footed version, Meat transforms Steiny’s puerile ‘Surf’s Up’ into a desperate entreaty, making the teenage battle cry of “We’re on the edge of forever and we’re never going to fail” sound bigger than Texas. In Meat’s hands ‘The Future Ain’t What It Used To Be’ is a comfortable, middle-aged reflection. Its Pandora’s Box original however is a belted-out R&B stomper. 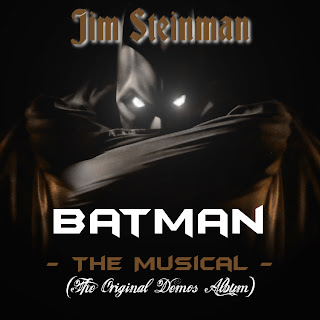 There have been plenty of Steinman projects beyond Meat Loaf albums, Bad for Good and Original Sin: scoring musicals for Roman Polanski (Tanz der Vampire) and Andrew Lloyd-Webber (Whistle Down The Wind), as well as film. Imagine though, if instead of Marvel’s ill-fated Spiderman musical written by U2 (plagued by delays, cast injuries, and a cost that ran to $75 million), Warner Brothers had commissioned a Batman musical, from Jim Steinman! Well, they did. Tim Burton was even attached at some point. Using the darker archetype, Steinman transposed adolescent nocturnal despair onto all of Gotham – but the project never appeared. The information age however allows us to hear fragments of the Batman that never was – from the grandeur of ‘Angels Arise’ to The Joker’s hilarious, and hilariously camp, xmas song ‘I’ll Decorate this City in Ribbons of Blood’. Other songs from the project, like ‘In the Land of the Pig, The Butcher is King’, in Steinman fashion surfaced on Meat’s Bat Out Of Hell III.

Steinman is due to return to both Bat and the theatre with his forthcoming Bat Out Of Hell musical, and will also have songs appearing on Meat Loaf’s next album. Regardless of establishment acceptance, he never really grew up. Accepting 1996’s BMI Song of the Year award (for Celine’s ‘All Coming Back’ being their most radio-played song that year), Steinman appeared at his mixing desk, with long, flowing grey hair and in a battered old leather jacket, to tell the assembled corporate backslappers, ‘There’s no way to make one of these taped acceptances without it looking like a hostage tape from Lebanon. There are goons from BMI on either side of me with uzis.’ The future may not be what it used to be, but Steiny always will be.

Tagged with: Bad for Good Bat out of Hell Batman Musical Boyzone Celine Dion Dallas Buyers Club Danny Fields Elektra Records Heaven Can Wait I'd Do Anything for Love (But I Won't Do That) It’s All Coming Back to Me Now Jim Steinman Let’s Lynch The Landlord Love and Death and an American Guitar Meatloaf Music No Matter What Objects in the Rear View May Appear Closer Than They Are operatic rock and roll Original Sin Paradise by the Dashboard Light theatricality Wasted Youth