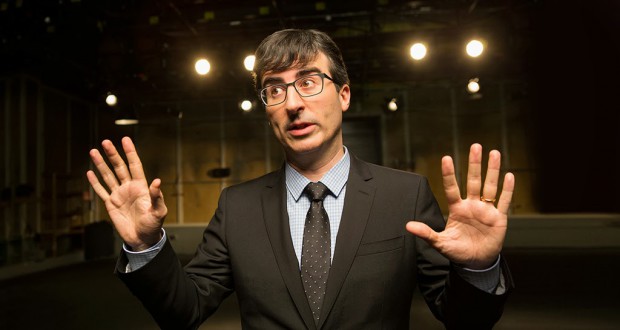 John Oliver is my new hero. I loved him on Community but I didn’t catch any of his appearances on The Daily Show. Now that he has his own series on HBO (and let’s face it, who else would have him?), Last Week Tonight with John Oliver, I can’t get enough. This ballsy Englishman has been given a prominent place in the US – a late night talk show – and has used it as a platform to attack almost everything the US usually says is off-limits (religion, race, big pharma, immigration, etc). How is it that he hasn’t been burnt at the stake yet, let alone continued to be on air? Who knows. But I’m glad they are letting him run with it.

I do have a question though, why is it that he is getting away with this? I’m not sure many could. Especially in a segment attacking the US views on immigration, when being presented by an immigrant (or is it ok when it comes from a white, English-speaking immigrant?). His attack on FIFA was nothing short of genius, comparing the organization to religion: ‘It’s leader is infallible. It compels South American countries to spend money they don’t have building opulent cathedrals. And it may ultimately be responsible for the deaths of shocking numbers people in the Middle East.’ 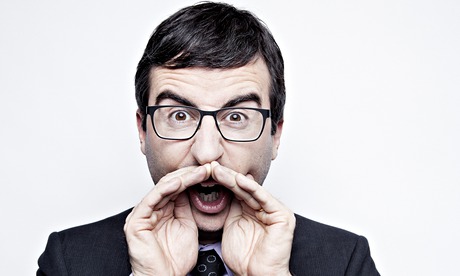 Seriously, how is he getting away with this? I’m honestly gob smacked. Think back to the pilot episode of Alan Sorkin’s The Newsroom where a bright-eyed, attractive young University student asks Will McAvoy (Jeff Daniels) why he thinks America is the best country in the world. His response, ‘It’s not’, causes uproar. Americans are generally earnest in their belief that their country is truly the best country in the entire world, and to suggest otherwise is close to treason. But isn’t that, effectively, what John Oliver is doing? Every time he criticizing something central to US society, he is an outsider shouting at them that ‘Hey, guess what?! America is not the best country in the world!’ 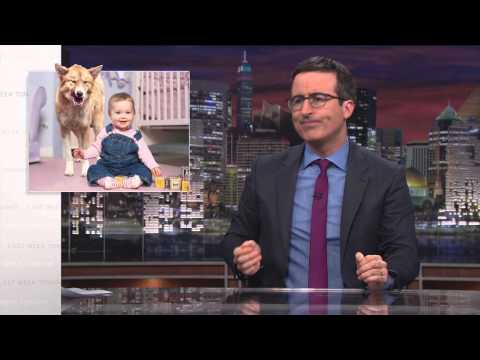 Again, I ask you: how is he getting away with it? The simple answer is satire. Of course, satire and comedy are only free passes up to a certain point, and even then, the subtleties (and not so subtle elements) of his satire is often lost on the more thick-headed in the audience. For instance, in John Oliver’s segment on net neutrality and the current threats it faces, he said that hiring Tom Wheeler (a former cable company industry) to run the FCC was like hiring a dingo to babysit a baby. Wheeler was caught on camera responding to the segment in the most confusing way – while acknowledging the piece as satire, he also felt the need to say the following: ‘I would like to state, for the record, I am not a dingo.’ Well, I’m glad he cleared that one up for us (although I was more concerned by the fact that he had to look up what a dingo was – how can he not know what a dingo is?!).

Unlike Dr. Oz making ridiculous claims about ‘miracle’ vitamin supplements, Oliver is not presenting his show or individual rants as facts backed up with academic research – he is a comedian. Yes, he rips to shreds whatever topic he has chosen for the week, and why shouldn’t he? This kind of satire is produced to encourage viewers to think about what is presented to them – in the news, entertainment, etc. Particularly in America, society has become complacent, too content to simply accept whatever ‘information’ they’re fed without questioning it. For too long they’ve been told they’re the best, now they accept it no matter what evidence their shown to the contrary. Don’t worry, I’ve not forgotten that the Australian devil (Rupert Murdoch) is at the heart of much of the US news industry’s issues – information industry monopolies and general ‘beating the public over the head’ tactics that is Fox News. 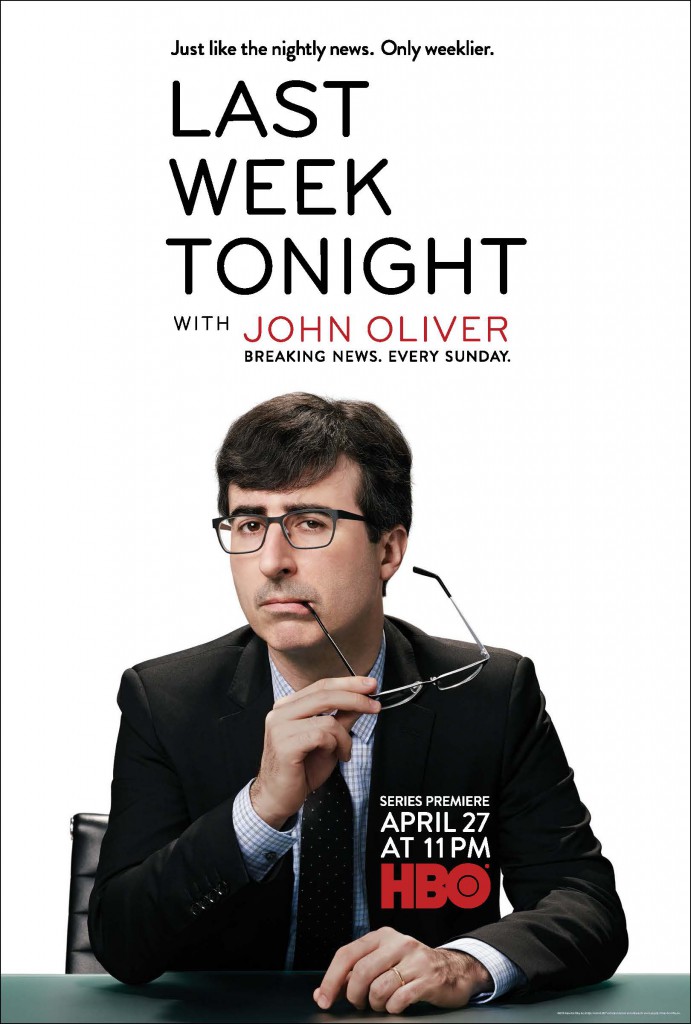 Oliver’s popularity could easily be a result of his fresh approach to political satire – unlike many of his comedic colleagues (i.e. Stephen Colbert or Jon Stewart), Oliver not only comments on his subject-matter, but actually comes down on a side. He isn’t mean about it – not always, anyway – he just gives you good reasons why it would be moronic to hold any other opinion (an argumentative strategy I appreciate). Isn’t that refreshing? Someone not just pointing out silly things someone else did or said but actually giving you their own opinions on the subject as well? His boldness is thoroughly endearing. Whether or not you agree with him isn’t really the point – it is just nice to have a dissenting voice being aired on television.

I should point out that Oliver’s carefully crafted harpoons are not only directed at his adopted country. There’s plenty of jibes at the mother country and even my own country. Australia’s current Prime Minister, Tony Abbott, is beyond awful. How he managed to be voted in, I’ll never understand. The segment is well worth a watch (and a cringe) at the truly heinous leader of Australia.

Last Week Tonight with John Oliver airs every Sunday night on HBO, covering issues that have made an impact during the previous week. The satire is both informative and inclusive – you don’t have to be on top of current affairs, or generally be someone interested in the ins-and-outs of politics to benefit from watching. All you need is an interest in human beings and at least one funny bone in your body. If you haven’t caught the show yet, make sure you do.

Previous: A match made in heaven: Science fiction and horror genre mash-ups
Next: Awesome Movie Soundtracks