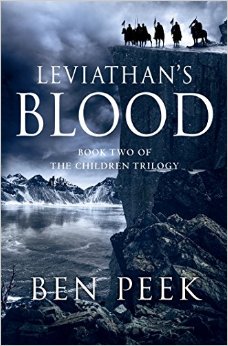 This week on Breaking the Glass Slipper, I interview Aussie fantasy writer Ben Peek. If you aren’t familiar with Ben’s writing, show your support for an emerging talent by buying his books! His most recent publication is Leviathan’s Blood, the second in the Children Trilogy. The first in the series, The Godless, set-up an intriguing and original fantasy world that has been a pleasure to learn more about. This is definitely a fantasy writer we should be keeping an eye on!

During the interview, we discuss writing characters and the gender politics involved, the need to have more PoC in the limelight, diversity in general, and the struggles writers face once they get published. As much as writers like to think the hard work stops when you get a publishing deal, the reality is that the work is just beginning!

You can read more about Ben’s experiences in the publishing industry here. He blogs regularly and is on twitter far more often than a working writer should be (follow him @nosubstance).

Buy The Godless UK / US

Previous: When Marnie Was There: I’m one of the outsiders
Next: Electra Woman and Dyna Girl: Female superheroes are just superheroes