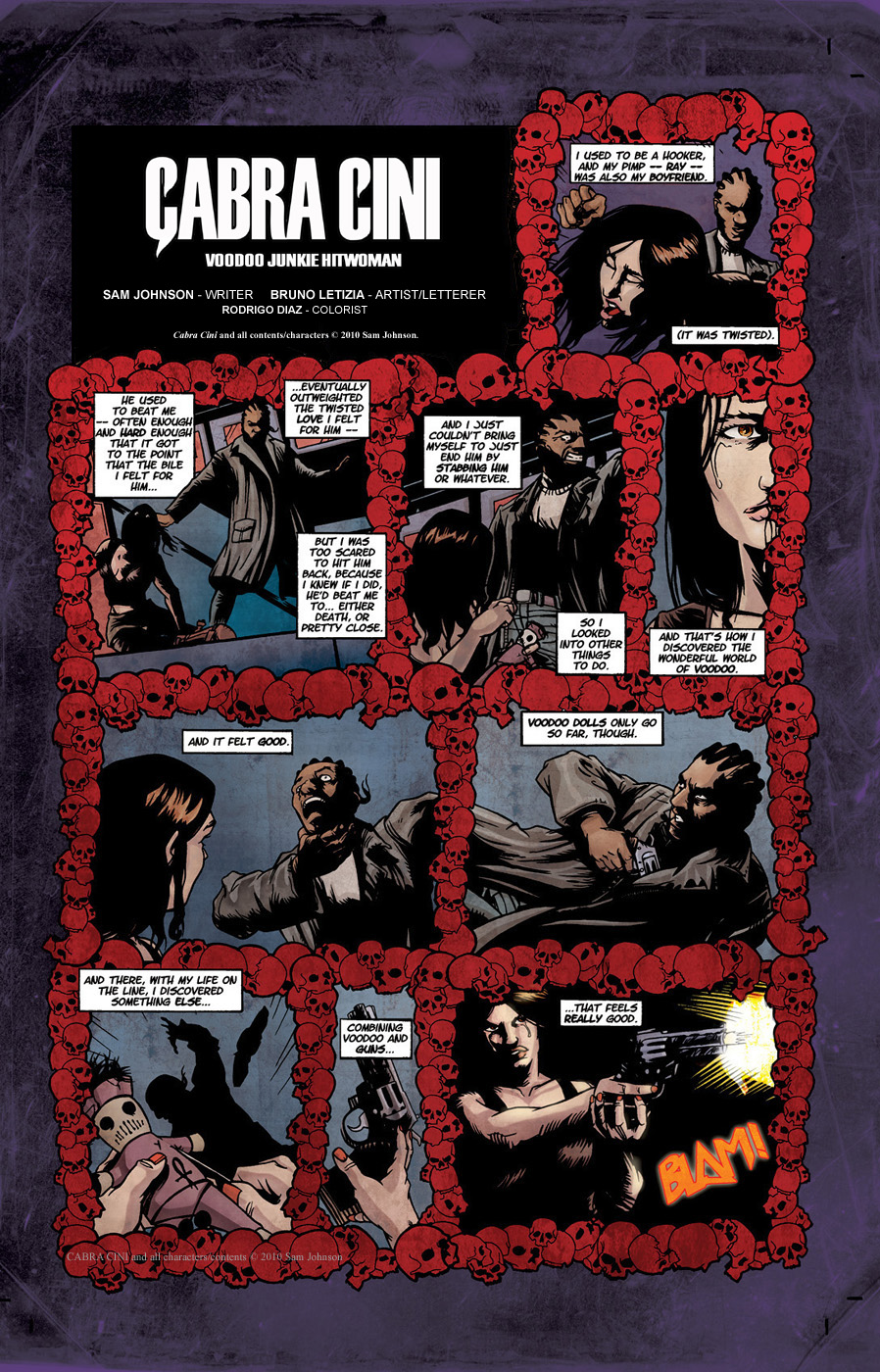 Pop Verse is proud to give you our first ever interview, with Geek-Girl creator, Sam Johnson. Sam works in indy comics, writing and editing, as well as with his own indy publisher, Actuality Press.

What is your writing process? How do you generate ideas? Do you have a writing routine?

I don’t have a set process or routine; Grant Morrison’s bizarre run on misfit super-heroes the Doom Patrol is a big influence, and I created Cabra Cini: Voodoo Junkie Hitwoman by, ‘thinking in weird mode,’ coming up with her debut scene straight off the top of my head and onto the page. The initial concept for Geek-Girl, I came up with as a result of entering a ‘Who Wants to Create a Superheroine?’ contest run by Image Comics studio Shadowline, and then fleshed it out from there. With The Almighties, it’s Avengers-parodying, so I wanted it to have comedic nods to the big Marvel events of recent years while bringing some of my and co-scripter Mike Gagnon’s characters together in a team.

Most creative people experience blocks and self-doubt, how do you overcome these?

As an indy creator, a hhhuuuuggge amount of my time goes into promoting my work so I no longer have the luxury of having the time to focus so much on writing that I can experience such things; I already have plans for my next books for GG, Cabra and The Almighties. 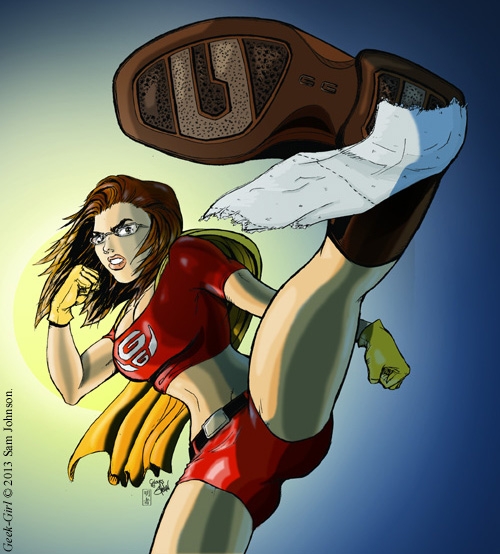 In traditional book publishing, when a book manuscript is handed over for production it goes through several phases: copyediting, proofreading, corrections, etc. How does this differ for comic books?

Well, I’ve worked as an editor as well as a writer, so I also edit the rest of the creative team I work with; if I’m co-scripting (as I do with Mike Gagnon on The Almighties), we can edit each other’s work, too.

Is Actuality Press an imprint you created? How did it come about? 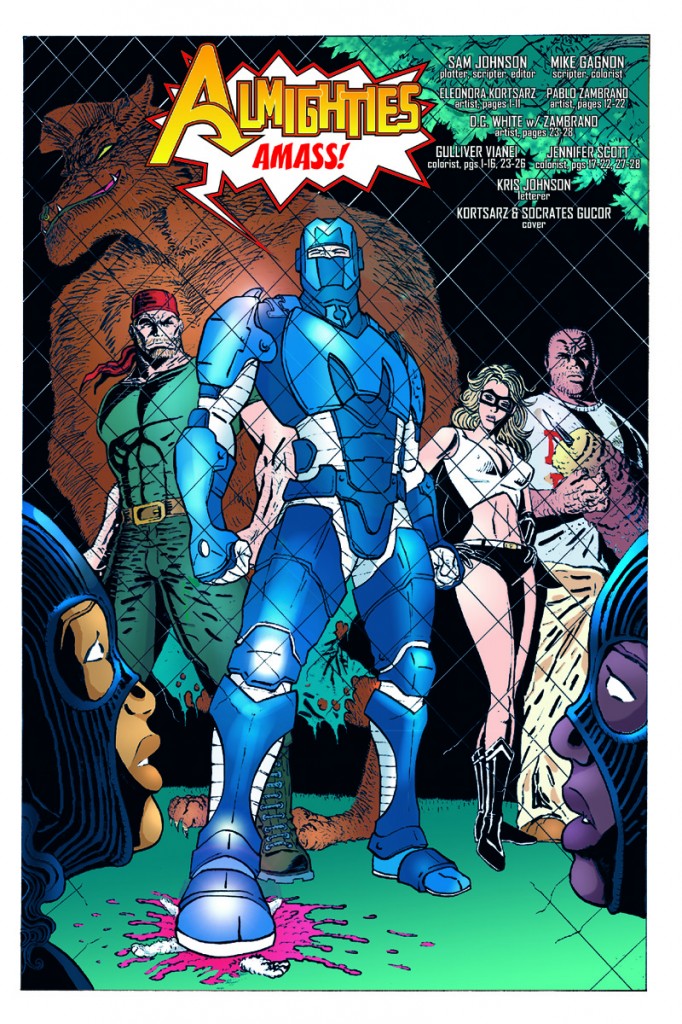 Yeah, Actuality Press is my imprint, initially created to get The Almighties #1 out there. As the book needed to be finished and published in time to coincide with the release of the Avengers movie, we didn’t have much leeway for submitting it to publishers. As that experience went okay, I then put out a new edition of Geek-Girl #0 and GG spin-off Mr. Mash-Up–with a new Almighties book next on the slate. These books all differ from each other, The Almighties is ‘edgy’ comedy, Geek-Girl is all-ages, and Mash-Up is darker–but there’s a similarity in the sensibility throughout all three.

What have you learnt from your experiences of publishing comics? What would you do differently next time?

That it’s tough getting people to buy a comic online, but that there’s a huge amount of reviews & news sites out there, so getting online exposure is not a problem if you put the work in.

What advice would you give comic writers just starting out?

Start small. The thing I learnt early on is to not go straight for pitching a series–they require a big commitment from artists, and interested publishers can fold by the time the work would be completed. Get stuff published in anthologies. I introduced a number of my characters and concepts in these; people tend to think of anthology stories as short and self-contained; that doesn’t mean you can’t introduce something that’s part of a bigger picture. 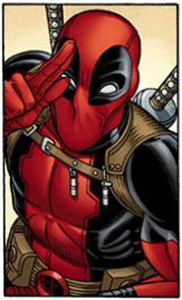 What are you working on now/what’s next for you?

The next Almighties comic, which we’re having fun with–and will introduce a new member to the team that parodies a Marvel character close to my heart; and the Geek-Girl and Cabra Cini: Voodoo Junkie Hitwoman mini-series. For those not aware of these characters, Cabra is an ex-crack whore turned hit woman who utilizes a bastardized form of voodoo in carrying out her hits; and Geek-Girl is hot college chick Ruby Kaye, who lands super-tech glasses that grant her powers but, due to a glitch in them, also mess with her. I’m also gunning to work on Marvel’s Merc with a Mouth, Deadpool, but need to have these mini-series out and raise my profile before that’s a realistic proposition.

Geek-Girl has her own site, www.geekgirlcomics.com and you can find more on Cabra and The Almighties at my Blog: samjohnson-comics.blogspot.com

Read our review of Geek-Girl #0 here.